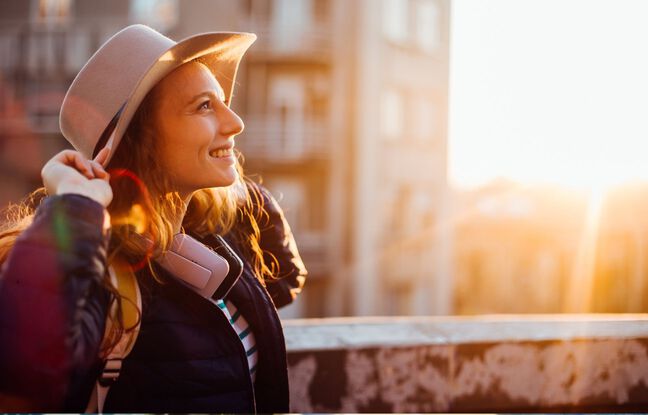 “We have the right to crash … with power. We have the right not to be on top, to be another, to follow our own path, advances Alexandra Fleurisson. I love the nuance but it rarely exists today. ” On Mademoisellemodeuse (52,000 subscribers), the 37-year-old Bordelaise proves that you can go to the movies alone or go to Rome alone. In short, living alone and loving it. The one who has been married for ten years no longer wants to follow the diktat according to which “we must be in a relationship to be happy”: “Love must be the icing on an already well-stocked cake. This view of things avoids emotional dependence and insecurity. You have to know how to love yourself first and tell yourself that our value should not depend on what a potential companion will think of us. »

On this Valentine’s Day, it turns out that the fragile and those who doubt give voice on Insta. They cry out there, like Charlotte (
Single, the real one) that “the objective of a lifetime can no longer be the romantic couple”. That we can fall, get up, believe in a new love, “screw everything up” or not want to be two, but rather four. And, above all, flourish in solo far from the swelling litany of “when are you bringing someone back to us”.

“These sites offer a necessary alternative to the doxa of the powerful woman, an aspirational and injunctive model, immediately Pauline Escande-Gauquie, semiologist and lecturer at the Sorbone University Celsa. While Valentine’s Day is an opportunity to reinvigorate stereotypes about the united family, about men and women, we see the invisible overshadowed by these powerful women who occupy the media space but who are little representative of “j ‘drooling’ on a daily basis. »

“Love should be the icing on an already well-stocked cake”

“Single or not, there are hardships and cool moments for everyone. As in the life of a couple that we idealize too much, ”explains Charlotte. Via account Single, the real one (18,500 subscribers), the thirty-year-old speaks celibacy in an uninhibited way. Can we go to the restaurant alone? How to stop being in constant search of the couple? The bachelor delivers a real guide in the form of ultra funny memes that support those who “are dropped with the codes, who have trouble finding their place”. In his stories? Advice on books, films and podcasts. Including the now unavoidable
heart on the table. “I want to show that the couple is not an ultimate achievement and I try to deconstruct all the clichés and the injunctions that weigh on the single woman”, specifies Charlotte who dares to say that at 34 years old, she has never been “as fulfilled” when she was “really dumped like shit”.

“What will happen to the uncertain? Of those who do not come out of it, or laboriously, without glory? “, also writes Lola Lafon in Capsize (Ed. Actes sud) in response to the new “fashion” of powerful women who are “erected as icons” so that “being fragile has become an insult”. Yes, where are the lost, the vulnerable, the “I do what I can with what I have” in the face of this strength, this power and this winning celebrated four by three in the metro, in podcasts or in
showcase of bookstores ?

Until her breakup, Charlotte, Single, the real one believed that she would never be “complete without a man”. Today, she admits that “this last year would not have been so rich if she had been in a relationship”. “Certainly, it’s cliché, but we must not rush to tick all the boxes by forgetting to love each other”, advances the thirty-year-old, very quickly joined by Esther. At 29, single for a few years,
The real cool girl (nearly 60,000 subscribers) fully assumes his celibacy, his fiestas and his lovers.

Not wanting to let men squat the playground of memes, Esther launched her account during the first confinement and quickly became a hit. “This account is an outlet. It allows me to share my doubts and the slack of a thirty-year-old who sometimes wondered if she was normal, ”explains Esther, in the middle of a road trip in the United States. The one who has worked in finance for six years still doesn’t know what a “real cool girl” is but “knows today that sometimes things get stuck, that we fail, that there are grains of sand and “fails” in the life of a woman” and above all “that a woman can have other objectives than that of finding love”.

“I’ve had enough of having to explain myself”

“And then why should a lasting relationship be the norm? The dotted ones are perhaps the best, ”says Alexandra. It is not Marie who will contradict her. Marie is 40 years old, has been married for twelve years and has several companions. Some for several years, others for a few months. “It’s important to also show that it’s not just the couple or the celibacy, that there is an in-between”, specifies the creator of My Plural Loves (nearly 3,000 subscribers). Marie does not consider herself to be single or polyamorous. She doesn’t like this word and is actually looking for one to define “those who are in the interstices”.

Because she was “tired of having to explain herself”, the quadra created “this account to show that we could be happy without putting romantic love above others” and that “other forms of relationships are possible. “I try to help those who are in question when I have a head start on them and I am lucky to have always ignored the gaze of others,” adds this mother of two. children, separated and who was “never made for living together”.

“The norm is the couple; singularity is celibacy”

Still, Marie is still struggling to make it understood that her way of living “her loves as well as her friendships” makes her flourish: “I try to move the lines but often the clichés catch up with me. My friends are questioning themselves and they are still trying to put me in a box. “It will always reassure people to appeal to the notion of labeling or prescriptive construction. The individual is determined through these identity markers, analyzes Pauline Escande-Gauquié. The norm is the couple; singularity is celibacy. »

So you have to explain yourself, justify yourself for being “out of the ordinary”, Charlotte says. Often with bothered subscribers. “I had to position myself on the fact of not having children, on the fact that I will not be alone, says Alexandra. With each progress affecting women, I am asked to yield to it. This when it’s not to tell me that, if I’m alone, it’s that I’m not making any effort to be in a relationship or that I have too many demands. The joke. And, always with wounded men. “I am accused of being misandre, of having a disgusting behavior”, advances Esther.

Alexandra was even cyber-harassed by Incels who had the “cheek” to explain to her that if she was “divorced and single” at over 30, it was because she had not been “up to it” . “That is to say, thin, tall and blonde,” she summarizes. “Those who appear on Tinder in tracksuits and fans of Jul would therefore have the right to be demanding. Me, if I say what I want, am I just a pain in the ass? “Summarizes the Bordelaise who assures that she will celebrate Valentine’s Day “with a good cheddar and a good bottle of vintage champagne”. Because “drunk and alone,” she concludes, “we at least know that we’re not hurting anyone. »