After a life full of obstacles, Humphries with gold medal stands next to her monobob 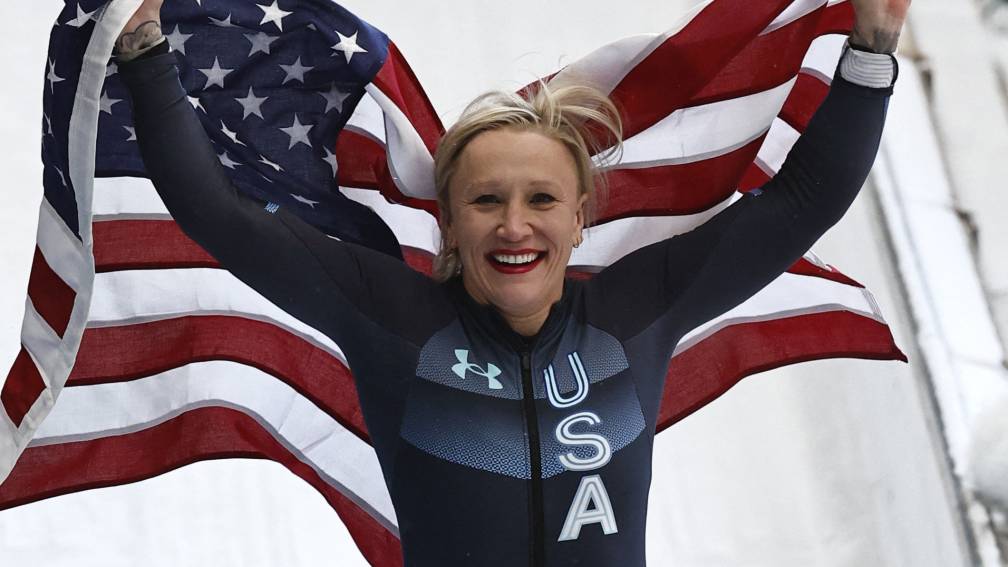 In 2018, Humphries struggled with depression caused by events within her team. “I couldn’t sleep, was not motivated and didn’t want to leave the house. I felt unsafe in my own environment. I felt verbally and psychologically intimidated and was discriminated against. I knew my time at Team Canada was over.”

From Canada to USA

She explored the possibilities of playing for Team USA. She lived in the United States and had an American fiancé with Armbruster. “When I married Travis, it wasn’t to represent America.”

Although she played for the Americans since 2019, she needed a citizenship to compete in the Olympics. She got it two months ago. She calls her ‘nationality switch’ the best decision she’s ever made. “I am more motivated than ever to give back to the country and the organization that gave me this opportunity.”