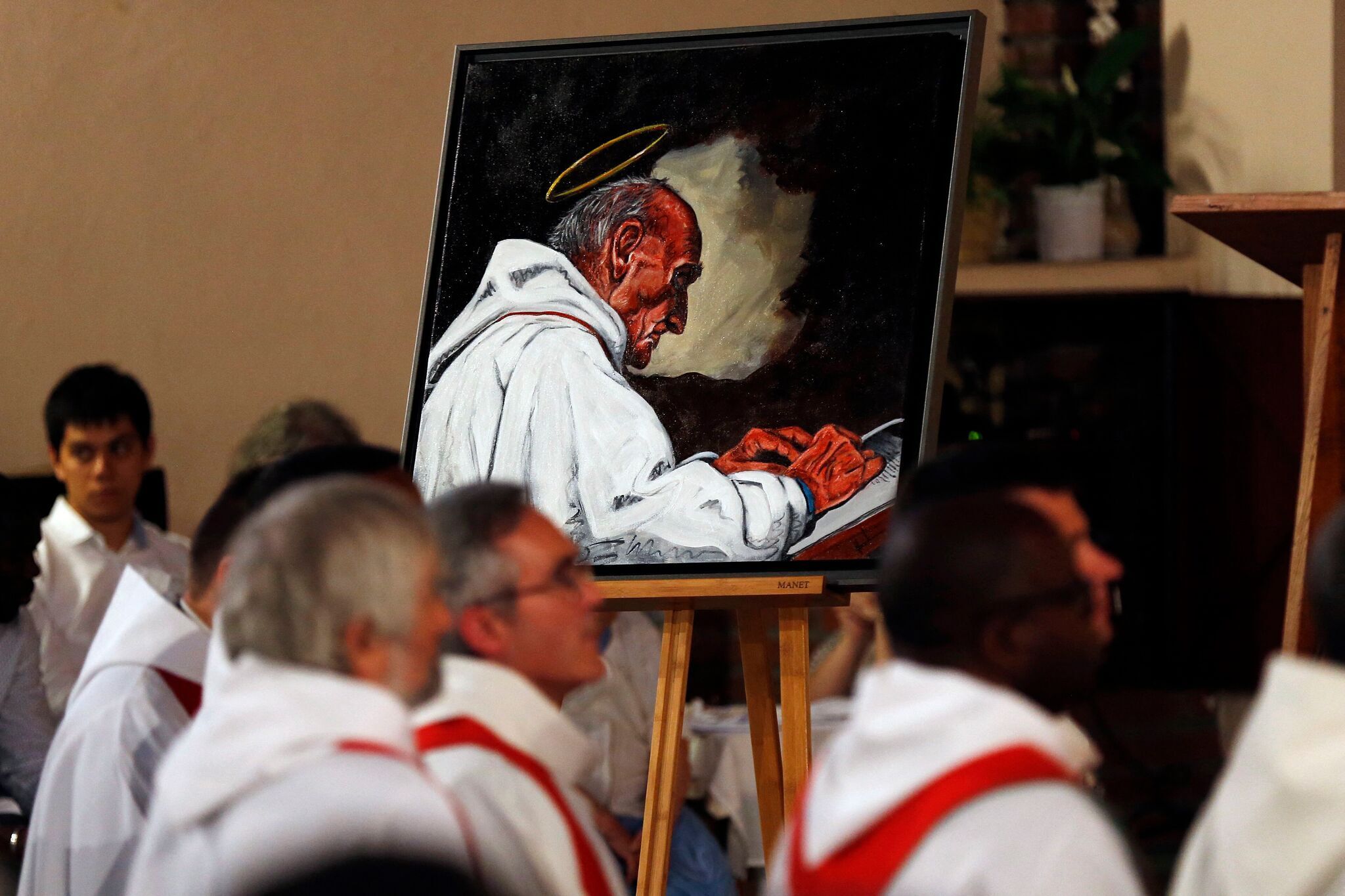 That morning he should have been on vacation, which he usually took in July every year. And then, at 85, he should have been retired several years ago. But Father Jacques Hamel wanted to remain in service dress. Faithful to the post. Without imagining for a moment that giving his life for Christ and for men, after fifty-eight years of parish ministry, would lead him to martyrdom.

“He was a saint”: the assertion of this parishioner has nothing to do with the violent death of Jacques Hamel. In his eyes, the old priest was “a holy man of God”, steeped in the Gospel, living sparingly, discreet, good and… sometimes rough in character. A few weeks after his assassination, Pope Francis did not say anything else when he evoked in his private chapel “a good, gentle man, of fraternity”.

→ STORY. Trial of the Saint-Etienne-du-Rouvray attack: the martyrdom of Father Hamel in court

And Francis invited us to pray to him: “He is a martyr, and martyrs are blessed, so that he may give us all fraternity, peace, and also the courage to speak the truth: to kill in the name of God is satanic. »

Father Jacques – as he was called by his flock – recited the prayer to Saint Michael every day: “Saint Michael the Archangel, defend us in battle; be our help against the malice and pitfalls of the devil…” A fight against evil waged until the last moment, since it will be his last word, faced with the young man who stabs him: “Go away, Satan! »

Appointed parish priest of Saint-Étienne-du-Rouvray in 2000, he chose to stay there as an auxiliary priest rather than retire with his family. His presbytery has remained intact since the attack, a large unattractive kitchen, a cluttered dining room, two bedrooms upstairs. In this tidy and somewhat shabby accommodation, the family found both the completed crossword puzzles and the many carefully written homilies. The latter were paid into the inquiry sent to Rome with a view to his beatification.

Simple and available, he would hardly have appreciated being thus shown as an example. Born November 30, 1930 in Darnétal (Seine-Maritime), this Norman felt the call to the priesthood early on. Born of a railway worker father and a weaver mother, he did not have a very happy family life, soon marked by the divorce of his parents, which only strengthened the ties with his sister Roseline, his junior by ten years.

But before the vocation, the young seminarian first spent eighteen months in Algeria, in transmissions, refusing to bear arms and miraculously escaping a clash of which he was the only survivor. It was in the cathedral of Rouen that he was ordained on June 30, 1958, without imagining that a moved crowd would attend his funeral in this same building.

A priest deeply invested in the implementation of Vatican II, he lived his vocation in the popular parishes of the left bank, very happy to baptize the children of the couples he had been able to marry. The sacramental life was the pinnacle of his priesthood, he who was about to die at the foot of the altar.

With a dry body, lively eyes and hoarse voice, Jacques Hamel could also be upset when his parishioners arrived late or sang out of tune… Guilty of mood swings and impatience that surprised him himself, Father Hamel excused flatly: “To prove our love, we have only this life and perhaps even we have little left of it”, he confides one day.

→ REPORT. In Saint-Étienne-du-Rouvray, solidarity rather than division

“It was a familiar silhouette for me,” says the mayor at the time, Hubert Wulfranc. His ministry was an everyday ministry, without showing off. He listened more than he spoke. Mere presence. It was a bit like the grandfather of the village that everyone confided in, parishioners or simple neighbours.

On the morning of July 26, 2016, on the dining room table, he had placed fresh bread for his sister, his nieces who had arrived the day before. So they could have lunch peacefully. Then he joined the church. To celebrate his last mass there.