DIRECT. Olympic Games 2022: follow the women’s and men’s biathlon pursuits, where the French are aiming for new medals

9:55 a.m .: Here in Naganooooo sorry, in Beijing, while it is snowing hard, the French team led by Maurice Manificat will finish in silver or bronze in the cross-country ski relay. A specialty made in France, the Blues finished 3rd in the last two Games!

09h52: Note that there will only be two French women engaged in this pursuit, Anaïs Bescond and Julia Simon (29th at 1’56). Justine Braisaz withdrew this morning.

9:49 am: Our best chance among the ladies is Anaïs Bescond, who will start in 9th position with a big minute to go at the head of the race. The podium remains playable provided you do not have the rifle shaking on the firing point.

9:47 a.m .: No need to read the coffee “Marte” to tell you that the big favorite in this female pursuit is the Norwegian Marte Olsbu Roeiseland. As is often the case in close race formats such as the Games, an athlete who is on the rise will string together good results, like Martin Fourcade four years ago or Quentin Fillon Maillet this year.

9:49 a.m .: How is the chase going? Do you remember the sprint yesterday? The times of the competitors determine the start times. That’s why Anaïs Bescond among the girls, Quentin Fillon Maillet and Emilien Jacquelin have real chances of a medal, after their good performance yesterday. The girls will explain themselves over 10 km and 4 runs at the firing point, it’s 12.5 km for the boys. The big advantage of this format is that the athlete who crosses the line in the lead is the winner (exit the time trial format of the last few days).

9:43 a.m .: My colleague Pierre Godon has just put on his ski boots and suit to show you the women’s and men’s biathlon pursuits, where the French are aiming for new medals.

09:32: Finally, it’s snowing (for real)! The second training session for the women’s downhill at the Beijing Olympics was canceled on Sunday due to heavy snowfall in the Yanqing area, organizers said.

9:10 am: A year after his two gold medals at the Worlds, the Niçois went for the bronze medal in giant slalom at the Beijing Olympics. World champion in the discipline, the skier from Nice could not do anything against the favorite Marco Odermatt, in gold, and the surprise Slovenian Zan Kranjec. Alexis Pinturault and Thibaut Favrot are joint fifth. 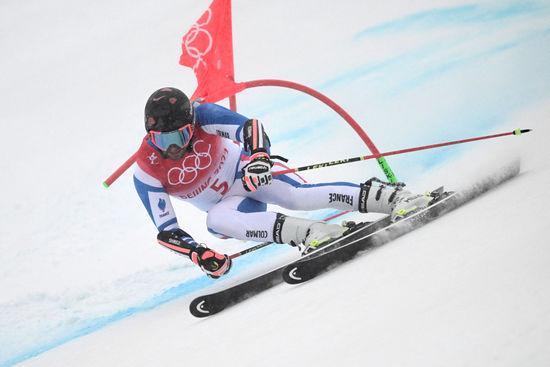