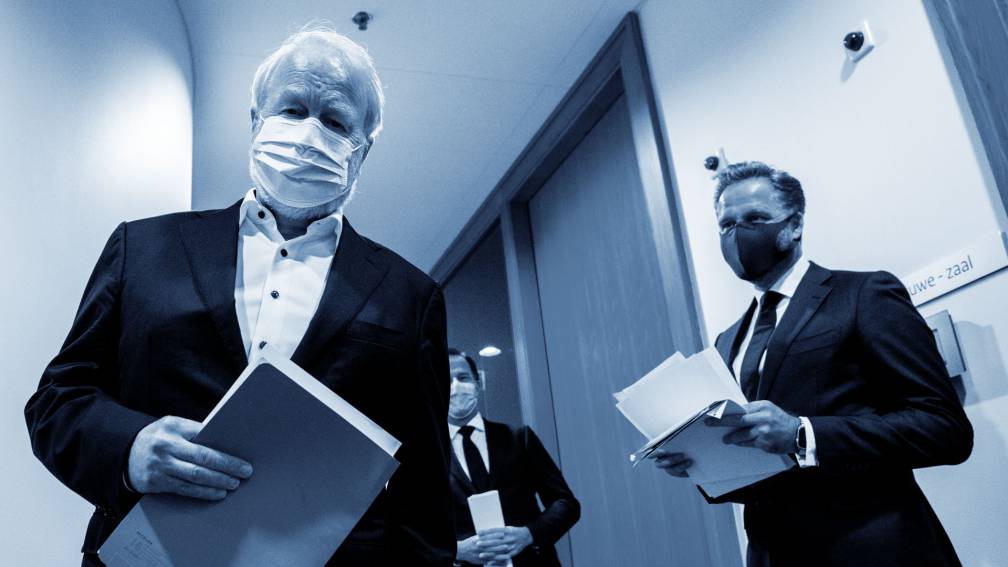 In the first months of the corona crisis, the Ministry of Health tried several times to make textual changes to draft advice from the OMT – and has succeeded in doing so.

RIVM, which falls under the ministry and chairs the OMT, has also adopted text suggestions from the ministry. It appears that the OMT members involved were not consulted.

The government has always said that the OMT is completely independent. According to experts, the interference of the ministry has violated the independence of the OMT.

Nieuwsuur has examined thousands of released documents about the first months of the corona crisis in recent months. It emerged from email exchanges that the ministry had several times consulted with RIVM about text changes in the draft recommendations of the OMT, before they were made available to the public.

One of the adjustments concerns a sentence that advises against wearing mouth masks for staff in the elderly care as a precaution. It appears from the requested documents that this sentence was not originally so explicit in the OMT advice.

A ministry official wrote on April 14, 2020 in an email exchange that the OMT advice on this point could be ‘a little sharper’. He then drew up the sentence himself and asked RIVM to add it to the draft advice. That is what RIVM did. At the request of the ministry, the sentence was also included in the RIVM guidelines for nursing and home care.

View the email exchange here (press the image to enlarge it):

In yet another advice, officials have had the OMT recommendation for daytime drivers to wear mouth masks toned down. First, a corona screen between driver and passenger should be considered, and only then a mouth mask, the ministry wanted. Here you can read more about the state of affairs at the time.

Several professors speak of “political steering” in the advice. Professor of Health Law Jaap Sijmons: “I think that the law is even being violated here. It states that the minister should not interfere with the scientific method of the RIVM. He should really stay away from that. That did not happen here.”

RIVM probably also added text suggestions from the ministry to secret minutes of OMT meetings afterwards. Nieuwsuur discovered that a specific sentence by an official containing a striking spelling error appeared in unaltered form in the minutes of a previously held OMT meeting. RIVM does not want to answer questions about confidential documents. The ministry itself says it has no access to it.

In the email exchange below, both PBM and BPM are used in one sentence. PPE is correct, it stands for ‘personal protective equipment’. The sentence is copied with the erroneous BPM as well, as can be seen in the second image below:

The RIVM says that it will indeed not “send around” draft recommendations to OMT members. According to the institute, the recommendations are made under “high time pressure”, and it would be impossible to “have every member watch or agree to every text change in the draft”. So the ministry was given that opportunity.

Experts who spoke to Nieuwsuur believe that the course of events must have consequences for the way in which the OMT now functions. Professor of Public Administration Michiel de Vries: “The OMT is now chaired by the RIVM, but it appears that this cannot guarantee the independence of the OMT. The OMT must have an independent chairman.”

Professor of Constitutional Law Paul Bovend’eert and Professor of Health Law Jaap Sijmons agree. Bovend’eert: “If you want an independent body of experts who advise the minister, you really have to separate that committee from the ministry.”

The ministry and RIVM say that the textual changes were only “clarifications”, not substantive “changes in course”. According to the ministry, RIVM had also said that it was also the opinion of the OMT to advise against the preventive use of mouth masks for elderly care. “If the RIVM indicates that this has been discussed, VWS (the ministry, ed.) will assume this,” the ministry says.

Professor of elderly care Bianca Buurman, an advisor to the ministry at the time and present at the relevant OMT meeting, says that she has a proposal (.pdf) to make nursing home staff more likely to wear face masks as a precaution. “We agreed to develop that proposal further. When I now see the sentence that the ministry has added to it, it shocks me,” says Buurman now.

The ministry does not comment on the amendment in the advice for daytime drivers – to first consider a corona screen instead of a mouth mask.

Several OMT members say anonymously to Nieuwsuur that they do not regard the adjustments made by the ministry as “clarifications”, but as substantive interference with the text. They had had the feeling for some time that the advice was being guided politically, but they were unable to verify this properly. According to experts, suspicions of political interference are now becoming concrete for the first time.