Folk: the bittersweet America of the Delines 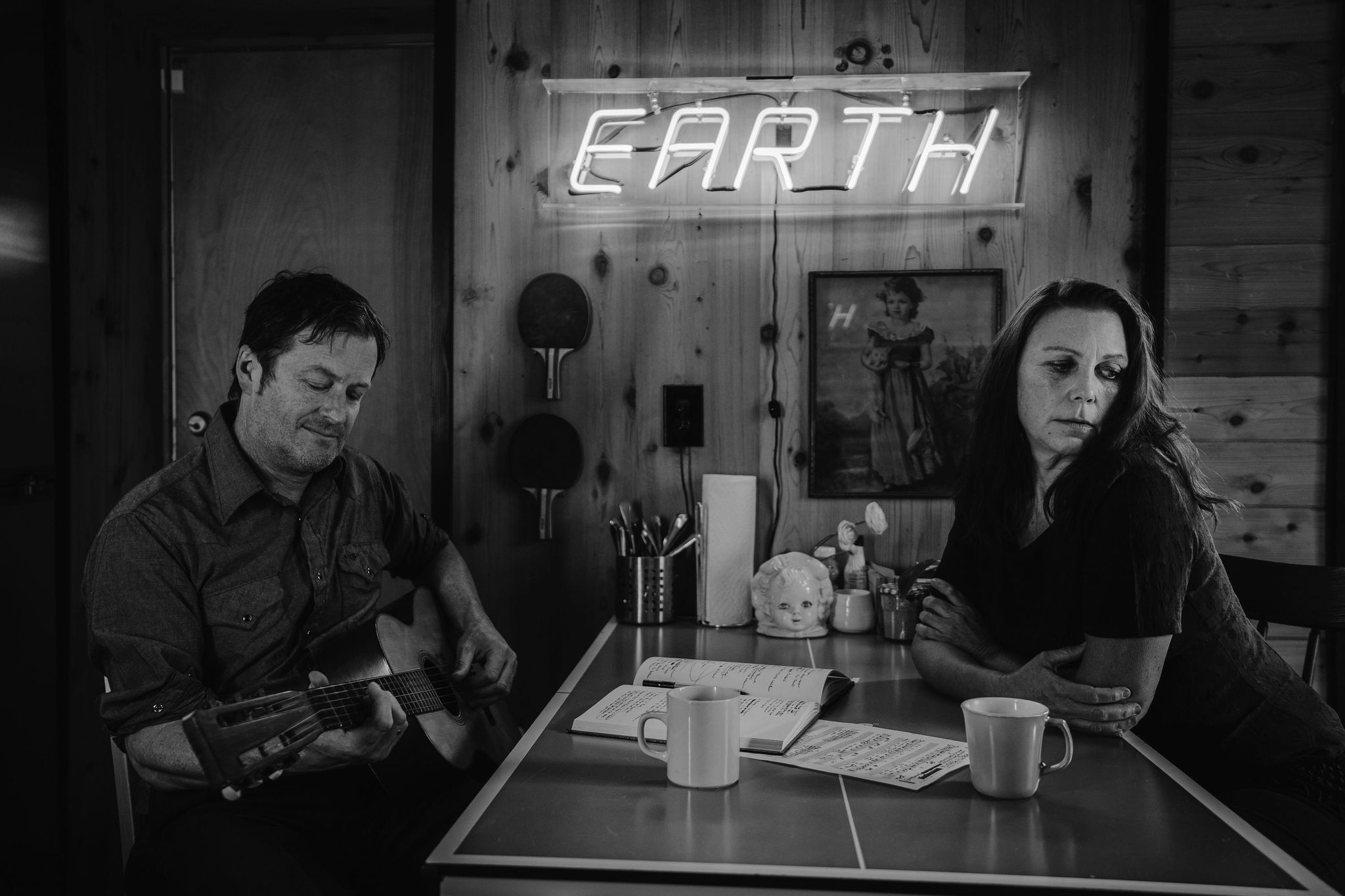 Amy Boone opens up a whole world through her voice. When she sings, the American West materializes, from Texas to California. Landscapes, endless roads, rural towns, motels, plains and beaches emerge from his evocative phrasing. Women and men with often dented trajectories, but always on the move and who do not give up hope also come to life. Their moving stories are told by Willy Vlautin, author of five novels including La Route sauvage, adapted for the cinema. He writes, composes and plays the music of the group The Delines, founded in Portland (Oregon).

An “imperial” America, but also lonely and lost

Authentic and humanist, the folk of the Delines takes on a cinematic dimension with The Sea Drift. This fourth album, released on February 11, 2022, forms a diptych with the previous one, The Imperial, romantic and bluesy, which had revealed the duo internationally in 2019. A story of a forbidden love, this disc sang of an “imperial” America “, certainly, but also solitary and often lost, as shown in their pocket illustrated with an obscure motel. The Texan Amy Boone, with her sensitive and delicate phrasing, illuminated Let’s Be Us Again, a splendid, consoling and fragile title, between folk, country and soul, between distress and hope.

The Sea Drift has chosen this time the jetty of a seafront to illustrate its cover. Surfers in Twilight, one of the highlights of the album, captures the fullness of the uncertain hour of a sunset over the sea. Hold Me Slow, with its enveloping softness, conjures up the anguish of loneliness expresses in Drowning in Plain Sight (“to drown in plain sight”). In wandering mode, Little Earl returns to the failed robbery of two brothers too young to be left on their own. A darkness that makes you want to disappear Past the Shadows (“beyond the shadows”), to better find yourself.

In Saved from the Sea, the ever-throbbing life will make its way through obstacles. “He lifts me up like the ocean heaves/He lifts me up/He makes me feel the world isn’t dying/The world isn’t over…after all,” sings in her vibrant voice Amy Boone , triumphing over disenchantment. The score, of a refined sensuality, lets the voice guide the listening with an impressive naturalness. A guitar riff, a piano motif, the intervention of strings, the appeasement of groovy brass, the solo of a trumpet…, everything is dosed in the right measure of the seductive and timeless folk of the Delines.

This music of real people, sweet and bitter, testifies to ordinary and precious lives. The Delines honor their countrymen with the same empathy as John Steinbeck or Clint Eastwood. At the forefront of their musical journey in the intimacy of a great troubled country is revealed the value of each human being.

At the Reiser trial, the Le Tan family mourns Sophie, “a ray of sunshine”

After abortion, gay marriage in the crosshairs of the United States Supreme Court?

Álvaro Uribe Vélez will meet this Wednesday with the president-elect, Gustavo Petro