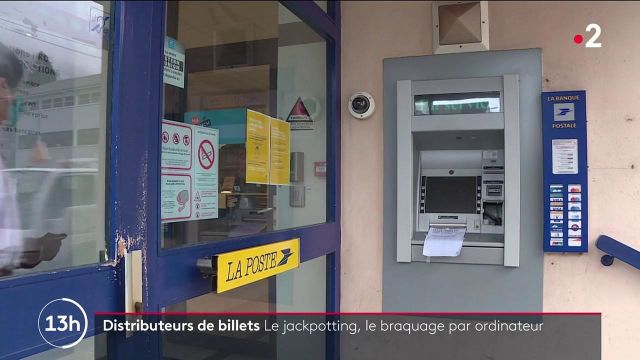 A new wave of ATM attacks is raging in France: jackpotting. The thieves manage to empty a vending machine in a few minutes, armed with a drill and a computer. From now on, they are also rampant in small towns, such as that of Bort-Les-Orgues in Corrèze.

In Bort-les-Orgues (Corrèze), a bank was the victim of a new kind of attack: jackpotting. This is a technique for robbing ATMs quickly and discreetly, using a simple computer and a drill. On surveillance footage filmed a few months ago, we can see how the thugs proceed. They drill a hole in the distributor to connect their computer. After a computer hack carried out with the help of a remote accomplice, all they have to do is empty the machine of all the banknotes it contains.

The operation lasts 30 minutes, and in Bort-les-Orgues, the damage is estimated at more than 25,000 euros. It is the second distributor in the region to be the victim of jackpotting. In recent months, across the country, about thirty distributors have been emptied by the technique of jackpotting.