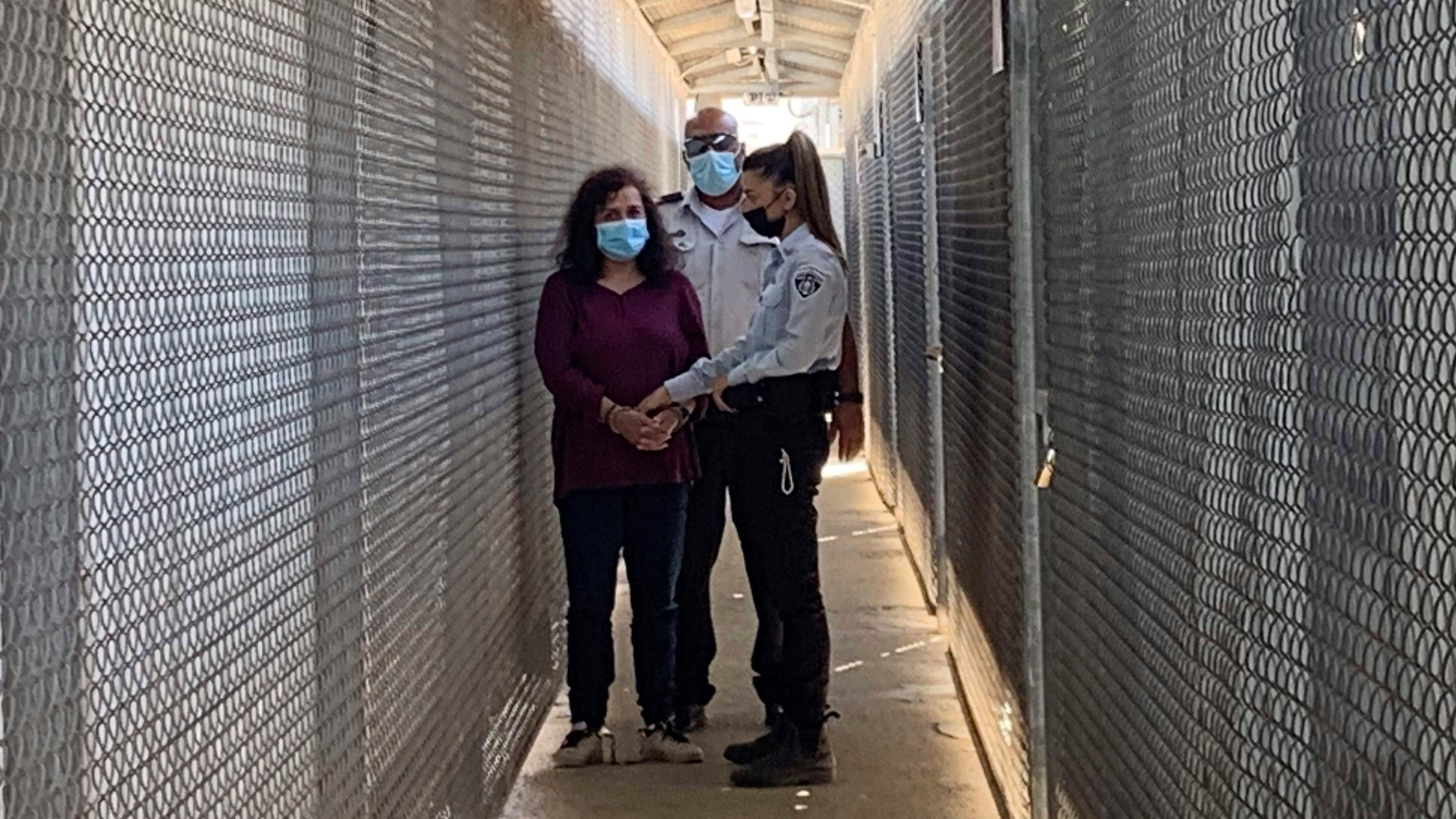 A prison committee meeting in Nazareth, in the north of Israel, has unanimously granted parole on Tuesday to the Spanish aid worker Juana Ruiz Sánchez, 63, detained in her home near Bethlehem (West Bank) almost 10 months ago, according to diplomatic sources report. After an agreement with the Prosecutor’s Office before a military court, Ruiz accepted a 13-month prison sentence in November for working and raising funds for a Palestinian NGO that Israel considers illegal. His release is pending if the prosecutor in the case appeals the resolution of the prison committee, a decision considered unlikely by his lawyers.

Last December, a court in Haifa (north) ordered a review of the humanitarian worker’s request for release, which had been initially denied by the so-called Nazareth Parole Board. The court considered the prison committee’s decision to be “unclear” and “with questions” about its validity before ordering that the claim for early release be re-examined, after a third of the sentence had been served.

The Spanish aid worker #JuanaRuiz He will be released in the coming days after almost 10 months in detention, in the absence of the Israeli Prosecutor’s Office giving the green light, according to diplomatic sources. https://t.co/aq95y54l7I via @the country

The prison committee – made up of a judge, a social worker and a psychologist – had agreed by two votes to one that Ruiz should remain in prison until mid-May and serve his sentence in full. On November 17, a military court in Ofer (West Bank) sentenced her after the judicial plea agreement to see her sentence reduced.

Ruiz’s defense considered that the Nazareth committee acted against the usual practice in Israeli justice of cutting the final stretch of serving the sentence in case of good behavior of the prisoner. The Haifa district court noted that “the ideological motives attributed to the prisoner” were unclear, and were put forward by the two members of the prison committee who rejected early release.

Omri Barbash, one of the lawyers from Juana Ruiz’s defense team, explained this Tuesday in a telephone conversation that the final decision on Juana’s release from prison is at the expense of whether or not the prosecutor appeals the decision of the judge before a court. prison committee within seven days. “It is something automatic in the Israeli procedure,” he clarifies. “If there is an appeal, the judges will have to decide if the early release is firm or annulled.”

The team, led by veteran lawyer Avigdor Feldman, sees a recourse from the Prosecutor’s Office as unlikely, in principle, but considers that it is necessary to be prepared to “expect the unexpected,” Barbash warns. The aid worker will not be able to leave the territory under the control of Israel in any case until the term of the sentence dictated in the sentence is completed in May.

“I hope we meet soon. At least now we have something more positive in sight, ”said Elías Rishmawi, husband of Juana Ruiz, in a telephone conversation this Tuesday from his family home in Beit Shaur, on the outskirts of Bethlehem, where he is now accompanied by his two children, who habitually reside in Spain. “If all goes well, we hope that next week he will be with us. But it is not yet clear what will happen. For example, if the prosecutor leaves the appeal for the last day”, he clarifies his optimism. “It would be very good news if I don’t have to spend two more months in prison.”

“I have not been able to visit Juana in prison since October, due to the coronavirus restrictions. And she has only been allowed to phone me twice, even though I was able to see her in November and talk to her remotely in court,” recalls Rishmawi. “She says now that she is in good health and calm because she already knows that this whole story is going to come to an end.”

The humanitarian worker intervened by teleconference in the Nazareth committee session, which was attended as an observer by the Spanish ambassador in Tel Aviv, Ana María Sálomon Pérez. “Spain has done everything it could for Juana”, recognizes her husband, “such as visiting her to assist her in prison”.

On December 2, the Minister of Foreign Affairs, José Manuel Albares, telephoned his Israeli counterpart, Yair Lapid, and inquired about Ruiz’s situation. “His case is very important for Spanish public opinion. Nobody here believes that she is a terrorist,” the head of Spanish diplomacy told the Israeli minister at the time.

The Ofer military court sentenced the Spanish aid worker, who has lived with her Palestinian husband for more than three decades in the West Bank, to 13 months in prison and a fine of 50,000 shekels (about 14,000 euros) for the crimes of “providing services to an illegal organization” and for “currency trafficking in the West Bank”, within the Palestinian health NGO where he worked.

Ruiz agreed to plead guilty to both charges, within the framework of the agreement with the Military Prosecutor’s Office that eliminated three other serious accusations for crimes related to terrorism, in order to shorten a process that forced her to remain behind bars for a long time. “Everything in this case is political,” warned the lawyer Feldman after the sentence. “Attempts have been made to manipulate it to justify the outlawing of Palestinian human rights NGOs.”