In Derry in Northern Ireland, the wounds still raw from Bloody Sunday 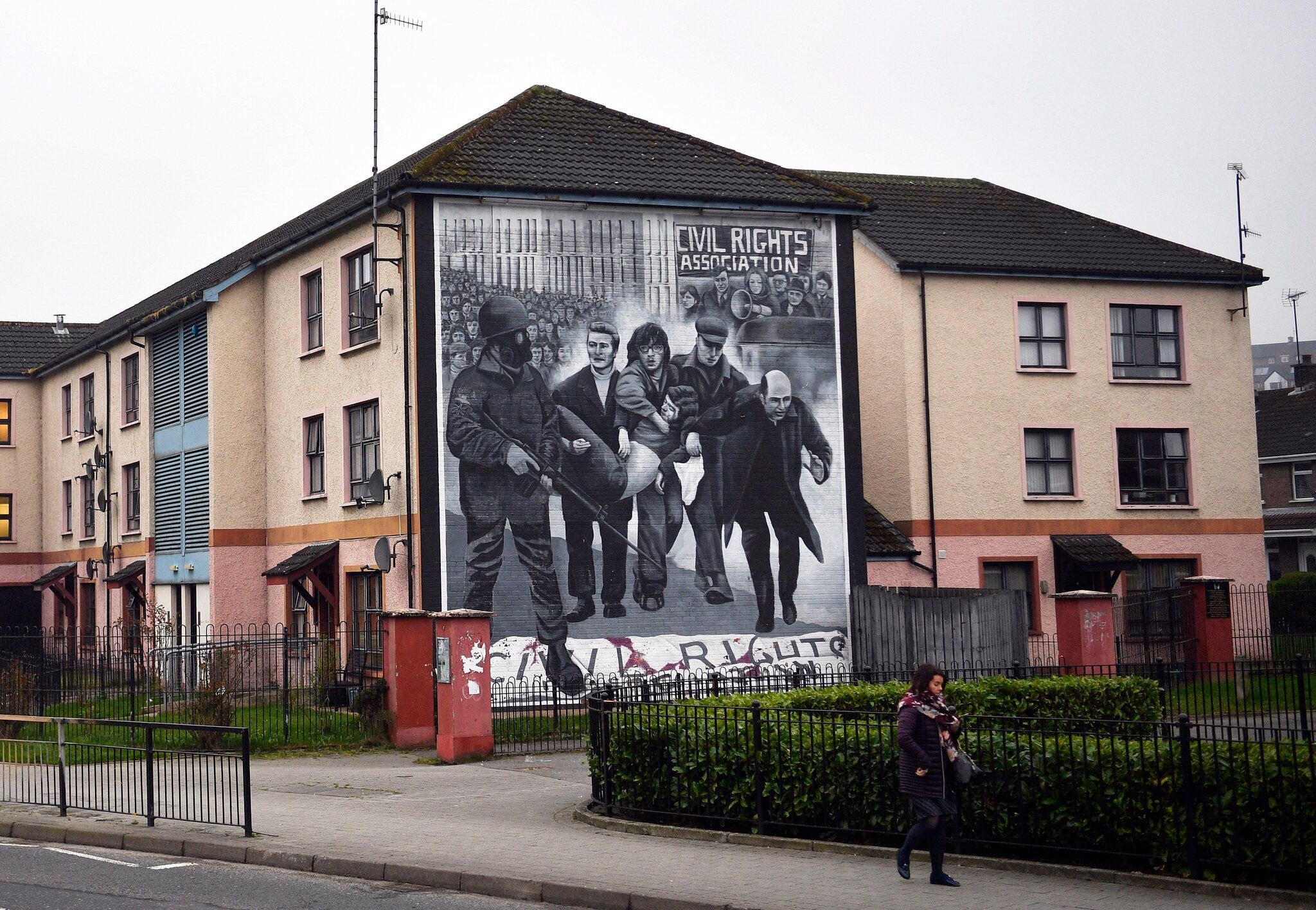 It is a fortified city like there are hardly any in the region. A high gray wall surrounds the center and overlooks the Catholic district of Bogside, its terraced houses, its cathedral, its war frescoes and its few scattered tricolor flags. It was in these streets that one of the most publicized massacres of a civil war took place, which the British modestly nicknamed the Troubles.

→ ANALYSIS. Fifty years after Bloody Sunday, Northern Ireland remains a prisoner of its past

At a time when the Catholic community is discriminated against and struggles to access employment and housing, a law is passed to allow the police to arrest and imprison without trial anyone suspected of being part of the IRA , the Irish Republican Army, which leads an armed struggle to reunify the Republic of Ireland and Northern Ireland. The abuses are not long in coming and the Civil Rights Movement organizes a large protest demonstration on Sunday, January 30, 1972.

The war has been going on for three years already. Civilians die under the bullets and beatings of the soldiers, or in the attacks perpetrated by the paramilitaries. But no one expected that ten minutes of that cold January afternoon would leave such a lasting mark on history.

“I went to the family walk. My father was happy: he kept saying that it was going to change things, that it would be a success,” recalls Liam Wray, who was 18 at the time. Her brother Jim, 22, was killed by paratroopers firing into the crowd. “He was a big guy. He had just asked the priest for permission to get engaged to his Israeli girlfriend. The tragedy will take the name of Bloody Sunday, Bloody Sunday.

The coming year will be the deadliest of the war: 479 dead, out of the 3,500 lives that the conflict will claim. Bombs go off every day. And from the evening of January 30, young people lined up in front of buildings to enlist in the IRA. “They said to themselves: ‘Since we get killed for nothing, we might as well die having done something’”, explains Michael McKinney, who was then 20 years old.

A semblance of an apology

The first inquiry, that of Lord Widgery, will claim that paramilitaries among the protesters fired first. Yet the crowd that came out for a peaceful rally was unarmed, and the casualties were counted only among civilians. It was not until the end of the 1990s that Lord Saville seized on the question. His report, a monster of 5,000 pages compiled over twelve years of investigation, restores the innocence of the dead. Then-Prime Minister David Cameron offered a semblance of an apology: what the military did was “unwarranted and unjustifiable.”

It’s a first step, but the trial attempts that follow the statement are unsuccessful. For lack of evidence, it seems, even though the investigation makes one of the soldiers directly responsible for at least two murders and assures that the soldiers machine-gunned, “gun at the hip”. “We will continue to fight for justice, but time is not on our side, admits Michael McKinney, who also lost his brother that day. Justice dragged on, by design. All of this has occupied a very large part of my life…”

So, for the fiftieth consecutive year, the city is preparing to tell its story. The freshly printed banners borrow their slogan from African-American activists: “We Shall Overcome”. But the widespread sympathy for Bogside families masks a darker reality: Derry remains entrenched in the divisions of the past.

The River Foyle running through its center is a welcome boundary that separates the communities, anchored on two different banks. A few hundred meters from the Bloody Sunday memorial, a small Protestant enclave shows sidewalks in the colors of the Union Jack. “We will not capitulate”, ensure the graffiti in response to the relatives of the victims. Ultimate provocation: a flag of the British parachute regiment flies, hanging from a lamppost.