Fifty years after Bloody Sunday, Northern Ireland remains a prisoner of its past 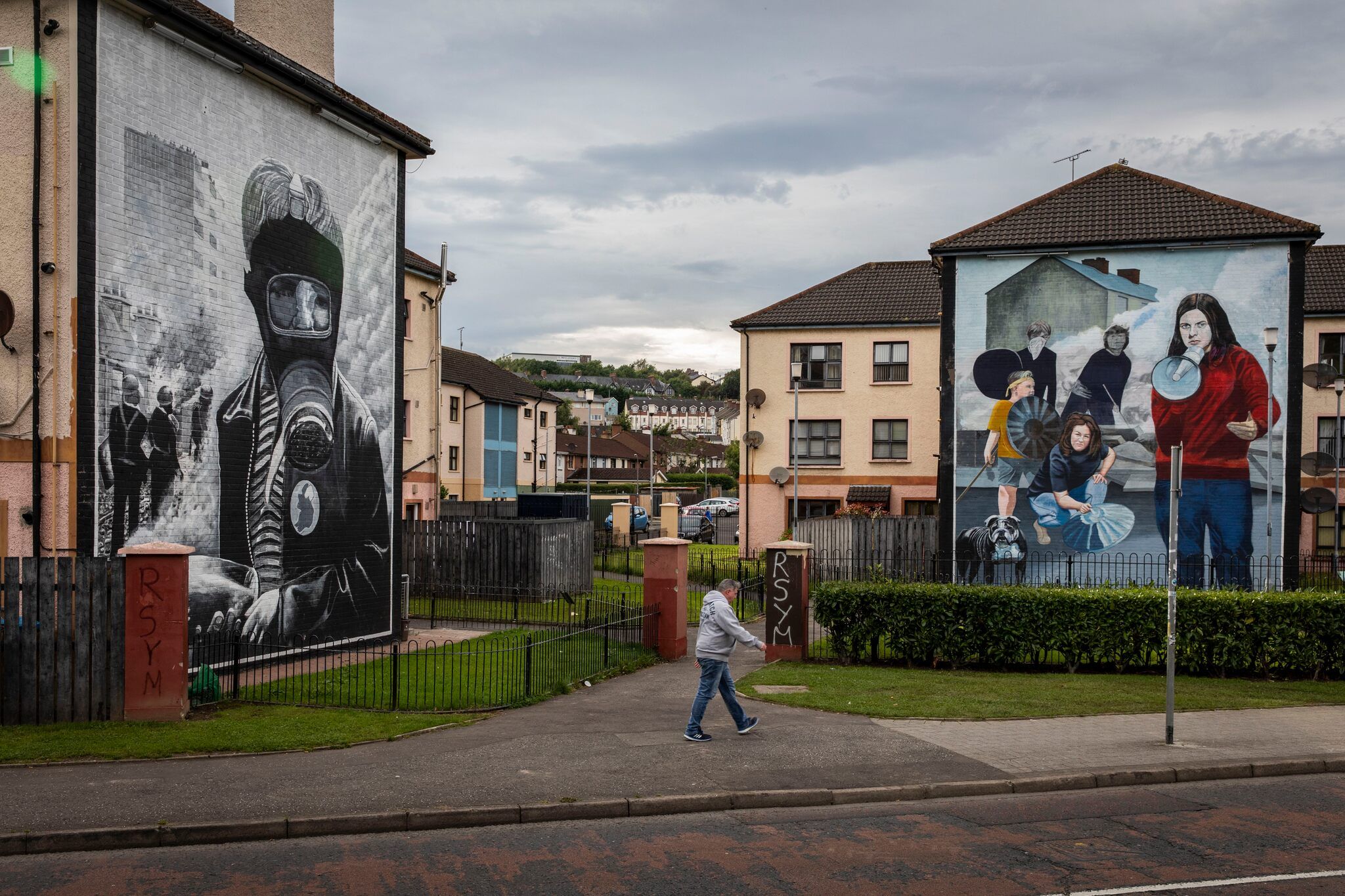 “Catholics can’t pronounce the letter H.” “Protestants don’t like ABBA and have their eyes set further apart. These are some of the myths that young Northern Irish people still believe after two decades of peace and community exchange programmes. No wonder, when you know that the education system does not allow them to mix. “You can enter a Catholic school at 4 and leave it at 18 having known only that, without knowing that there are people who have other values, other beliefs…”, explains Barney McGuigan, who works for the association Reach Across (“Hand outstretched”) in Derry (1).

Every Thursday, he and his educators welcome around a hundred children of all origins, who get to know each other and make friends on neutral ground. “If we had mixed schools and neighborhoods, the children would be less naive. But we are still far from it, ”he regrets. For now, two versions of the same story are being taught in schools in Northern Ireland: that of a province of 1.8 million people divided along ethno-religious lines, segregated in all its aspects. Some want it Irish and Catholic, others British and Protestant.

Two versions of the same story

For Sue Divin, a local author who has released a Romeo and Juliet-style fiction set against the backdrop of the city of Derry, the complexity of peace is a question that needs to be asked. “And if it was harder to make peace than to be at war? “, she printed, provocative, on the cover of her book. “After the conflict (1969-1998), the period following the Good Friday Agreement was one of negative peace, which consisted mainly of the absence of violence. »

In this context, it is difficult to build bridges between communities. “We are moving towards something more positive, but the younger generation, the so-called ‘ceasefire babies’, have to face the legacy of war, a divided society, mental health issues, intergenerational trauma…”

→ ANALYSIS. In Northern Ireland, the boomerang effect of Brexit

The architecture of the cities attests that the scars of the war are still there. In Belfast, the capital, high walls separate the communities, and frescoes on every street corner remind us of past massacres. Not a day goes by without the media releasing an article that rekindles the fear of the other. While the economy is improving and Northern Ireland is changing, it is still the poorest region in the UK. It is also estimated that four out of ten adults have experienced a traumatic event linked to the conflict, and the suicide rate among young men is worrying: 28 per 100,000, compared to 15.9 in England and 11.7 in the Republic of Ireland.

And if the school system and the socialization of children maintain misunderstandings, it is the political system that confirms divisions. “We can see how quickly the referendum on leaving the European Union has destabilized the peace agreements and made even more precarious, fragile and contradictory the idea of ​​a shared future, which was already an optimistic and complicated objective to implement. in place over the long term”, judges Graham Dawson, professor of cultural history at the University of Brighton.

The year 2021 has indeed been marked by renewed violence and intimidation campaigns. For the academic, the very political structure of the province poses a problem. It must be governed jointly by the two enemy parties, and the Assembly has already gone three years without sitting, from 2017 to 2019. to link sectarian divisions to the political system. Formalized in the administration, they make cooperation difficult insofar as there is an electoral interest in keeping areas where only one community lives. »

The absence of collective memory

In this context, the province has not been able to create a collective memory. All attempts at justice have failed and the Bloody Sunday is only the most publicized file. The year 2014 brought some hope with the signing of the Stormont House Agreement, which promised a commission chaired by international experts. But this same treaty is being unraveled by London, which would prefer to close the archives for good and ensure that no more files can be opened.

Boris Johnson’s government announced on July 14, 2021 that it wanted to put an end to all legal proceedings related to the Troubles: this de facto amnesty would concern British soldiers as well as members of Northern Irish, Loyalist and Republican paramilitary groups. For the Minister for Northern Ireland Brandon Lewis, it would be “the best way to facilitate the effective retrieval of information, and (…) to help Northern Ireland to move forward on the path of reconciliation ” , although he admits that the proposal is likely to be poorly received in the region.

The casus belli of amnesty

For Richard Dannatt, member of the House of Lords and former soldier in Northern Ireland during the war, amnesty is “the least bad option (…) because the people questioned, paramilitary or retired soldiers, will be able to answer questions honestly and without fear of legal action”. A way for the relatives of the victims to finally know the truth, failing to have the right to justice. But for Stephen Hopkins, professor of political science and international relations at the University of Leicester, specialist in Northern Ireland, it is more a desire for London “to present itself as a neutral arbiter of the conflict”, as s he “had not been one of its protagonists”.

In his eyes, this amnesty is demanded by deputies who wish to prevent veterans from finding themselves in the spotlight. “They also want to protect the political chain of command, to prevent the responsibility of the British Prime Minister at the time, Edward Heath, and his government from being called into question,” he says.

These projects, which must be studied in Parliament, have angered the families of the victims, but also the Irish and Northern Irish governments, as well as Europe. Enough to push back London? No, for Stephen Hopkins, who explains that the government does not fear political repercussions.

“A large part of the British population has a great respect for the army and believes that British soldiers have sometimes taken latitude with the law for the sole purpose of preserving order. She does not place their violence on the same level as that of people perceived as terrorists, and therefore does not want to see veterans brought to justice. Those marching through the streets of Derry for the fiftieth consecutive year would love to see soldiers one day stand trial for war crimes. But as time passes, hope crumbles.

3,500 dead in thirty years of Troubles

On January 30, 1972, British paratroopers fire into a protest against discrimination against the Catholic minority in Londonderry. Thirteen civilians, including minors, are killed.

In 1974, the Irish Republican Army (IRA) extends its murderous attacks to Great Britain.

On April 10, 1998, London, Dublin and Northern Irish loyalist and separatist leaders sign an IRA-backed peace accord in Belfast.

Pattinama-Kerkhove proud of match against Swiatek: ‘Could have even won’ | NOW