Video: ‘Orejas’, another criminal boss of the Clan del Golfo in Antioquia, was killed in Army operations 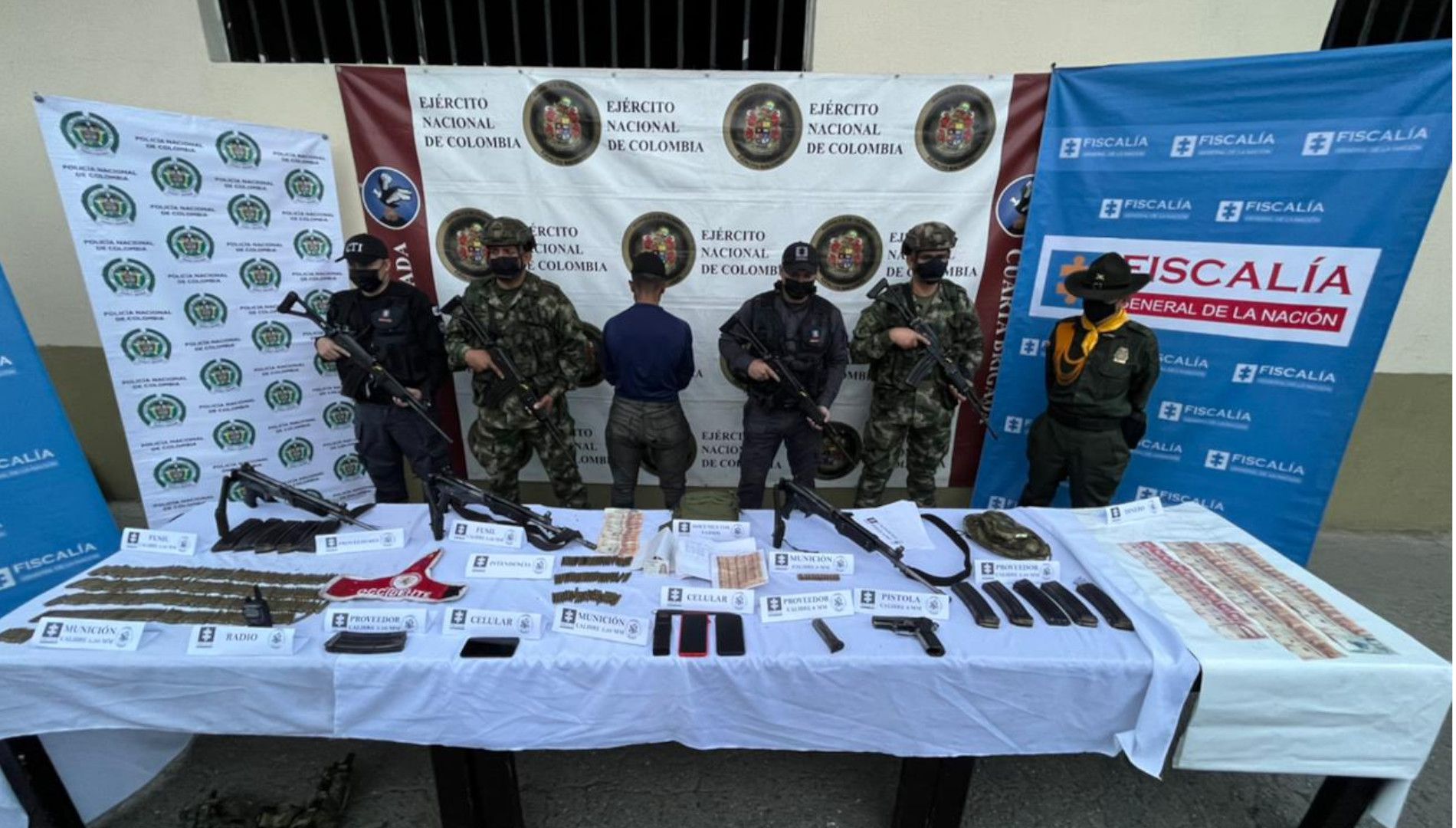 In the operation, a member of the Clan del Golfo was captured and three more were killed, including alias Orejas, criminal boss in Antioquia. Photo: Colombian National Army

On Friday, the Army dealt a new blow to the Clan del Golfo, this time in Antioquia, where three of its members were killed, including one of the criminal bosses of that armed group that commits crimes in that area of ​​the country, while that yet another member of the structure was captured.

According to information from the Public Force, the accused criminal who died in the operation was behind the attack in which a corporal and two professional soldiers died on November 7, 2021 in Ituango. As well as in another attack on a police patrol in which a major and a patrolman lost their lives.

“Among the dead is alias Orejas, who was one of the leaders of the Edwin Román Velásquez Valle substructure that committed crimes between the Peque and Ituango area. It had to do with the death of a police major and a patrolman in Frontino last year. It also had to do with the attack against our soldiers in the village of Santa Lucía in the municipality of Ituango,” reported General Juvenal Díaz, commander of the Army’s VII Division.

‘Ears’, according to the Military Forces themselves, belonged to the Northeast Bloc, of the extinct United Self-Defense Forces of Colombia that demobilized in 2005, however, he returned to criminal life and is currently in charge of the security of his brother alias Alberto 01, another criminal boss of the Clan del Golfo.

General Díaz explained that ‘Orejas’, in addition to instilling fear among the civilian population, mistreated his own men and took part of their profits from the criminal actions they perpetrated in that area of ​​Antioquia.

“He was an abuser with the community and who gave inhuman treatment, as well as members of the structure. We have information that he beat them and that he stole their salary money. If someone smoked, he would sell him a pack of cigarettes for 100,000 pesos back in the area. He sold them a cap for 200,000. In other words, what they earned was for the bandit”, indicated the senior officer.