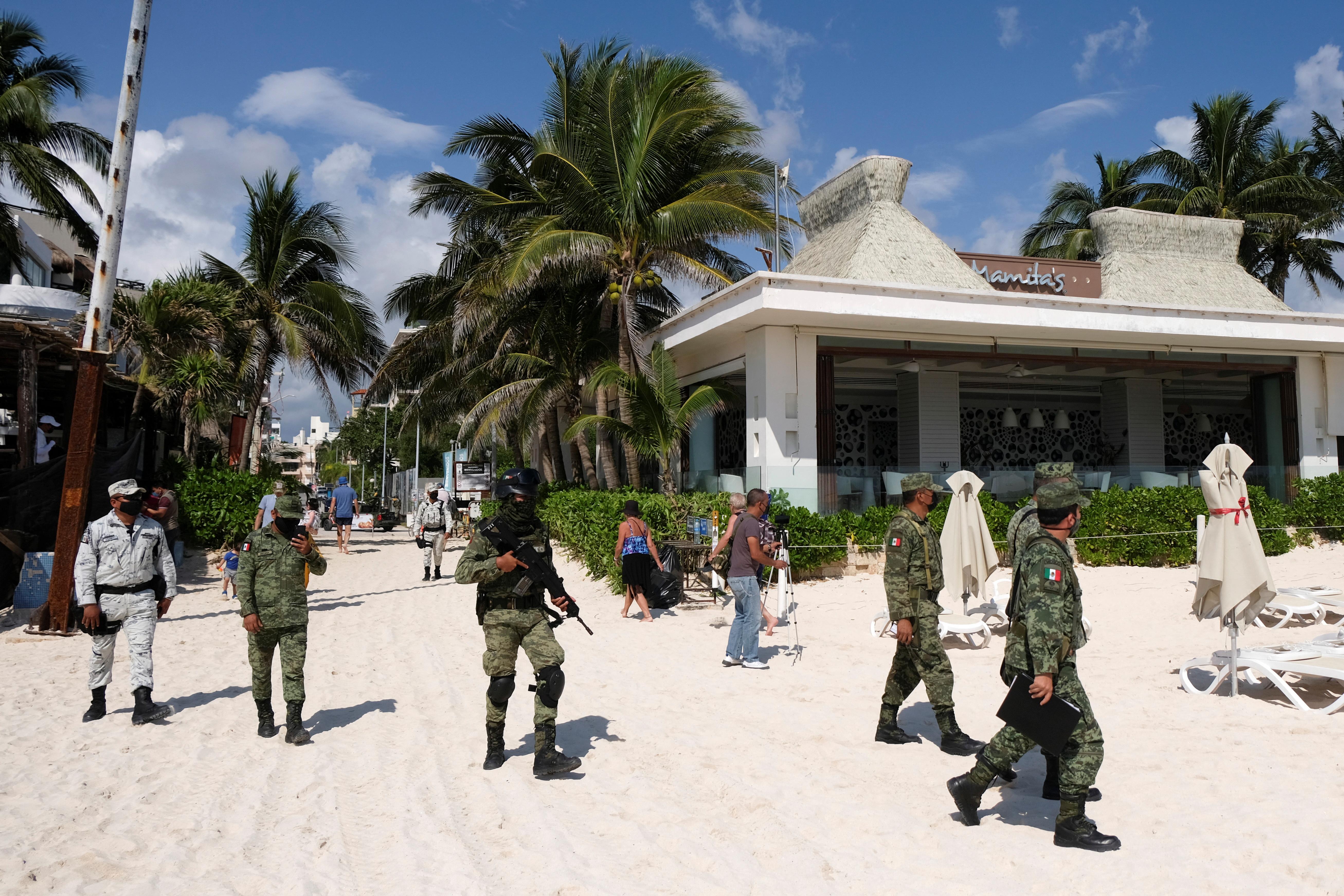 It has been difficult for them to admit it, but the Mexican authorities already speak openly about the growing presence of organized crime in Quintana Roo. Since last year, the heart of the Mexican Caribbean has accumulated a string of events with the mark of drug trafficking: point-blank murders, shootings, corpses exposed in the street as a message. Only in Playa del Carmen, a fishing village turned into a city-madert, there are two murders with the same pattern in a week. Destination of a large number of American tourists, the alarms have also gone off for the US authorities. The FBI has already taken action on the matter, as recognized this Friday by President Andrés Manuel López Obrador, who has asked ambassador Ken Salazar for transparency .

Last Friday, two Canadian tourists were killed in a shooting at the Xcaret hotel, the famous theme park in the Mexican Riviera Maya, just outside Playa del Carmen. Five days later, this Wednesday, the manager of another location, the Mamitas Beach Club, less than 15 minutes away by car, appeared in the bathroom of the establishment with two bullets in the head. The state prosecutor, Oscar Montes de Oca, has recognized that these are facts related to drug trafficking.

The two events, which are added to a long list of crimes during the last year, have precipitated the FBI’s intervention in the Mexican tourist jewel, with more than 12 million visitors a year, almost half of the total being Americans. “The FBI has just participated in an affair in Quintana Roo and we are asking the United States ambassador to inform us about this involvement. If there was a report, if there was cooperation in accordance with the regulations, ”López Obrador pointed out this Friday at his morning press conference at the National Palace.

The Mexican president’s message is framed in the new status of US agencies in the southern neighbor. In December 2020, shortly before Joe Biden was inaugurated, López Obrador swiftly reformed the national security law to curb foreign agents within his borders. The movement had a clear target: the United States and its police and intelligence agencies that had been operating freely throughout the Mexican territory for more than a decade and that have collaborated to arrest and extradite dozens of criminals, some of the stature of El Chapo.

The spigot that caused the turn was the national embarrassment over the arrest of General Salvador Cienfuegos. The head of the Armed Forces during the Government of Enrique Peña Nieto (from 2012 to 2018) was captured and accused by the US authorities of being at the service of a cartel without informing any Mexican authority of such an investigation. With the reform of the law, Mexico intends to establish strict control over agencies such as the DEA, the FBI or any foreign agency in charge of police work within Mexico.

The rise in violence in Quintana Roo has also led to raising alert messages from the US authorities to its citizens with a view to traveling to the Mexican Caribbean. “Criminal activity and violence may occur throughout the state, including areas frequented by American tourists,” the State Department notice reads. The US consulate in Mérida, the capital of the adjoining state of Yucatán, once again stressed the security alert this week “in light of recent events and organized crime activity in several tourist destinations.”

The blows of crime to the heart of the Mexican Caribbean have been a constant in recent months. In early November, an armed commando broke into another exclusive nearby hotel and killed two people at the reception. The parade of 15 men with long weapons sowing terror among tourists left no alternative. The authorities had to admit the obvious: it was a clash between rival drug gangs.

That same week, the body of a handcuffed man was abandoned in a Cancun park. A month earlier, in October, a stray bullet in a restaurant in Tulum, another of the most popular destinations, killed an Indian and a German tourist, in addition to injuring three other diners. In September, a taxi driver and a security guard were gunned down in another shooting in the town. And in August, a man died after being shot in the back of the head, also in Tulum. According to the latest National Survey of Victimization and Perception of Public Security (Envipe), one of the official thermometers on violence in the country, eight out of 10 inhabitants feel unsafe in Quintana Roo.