“The Surfers of the Economy”: when the economy can be rediscovered on the boards 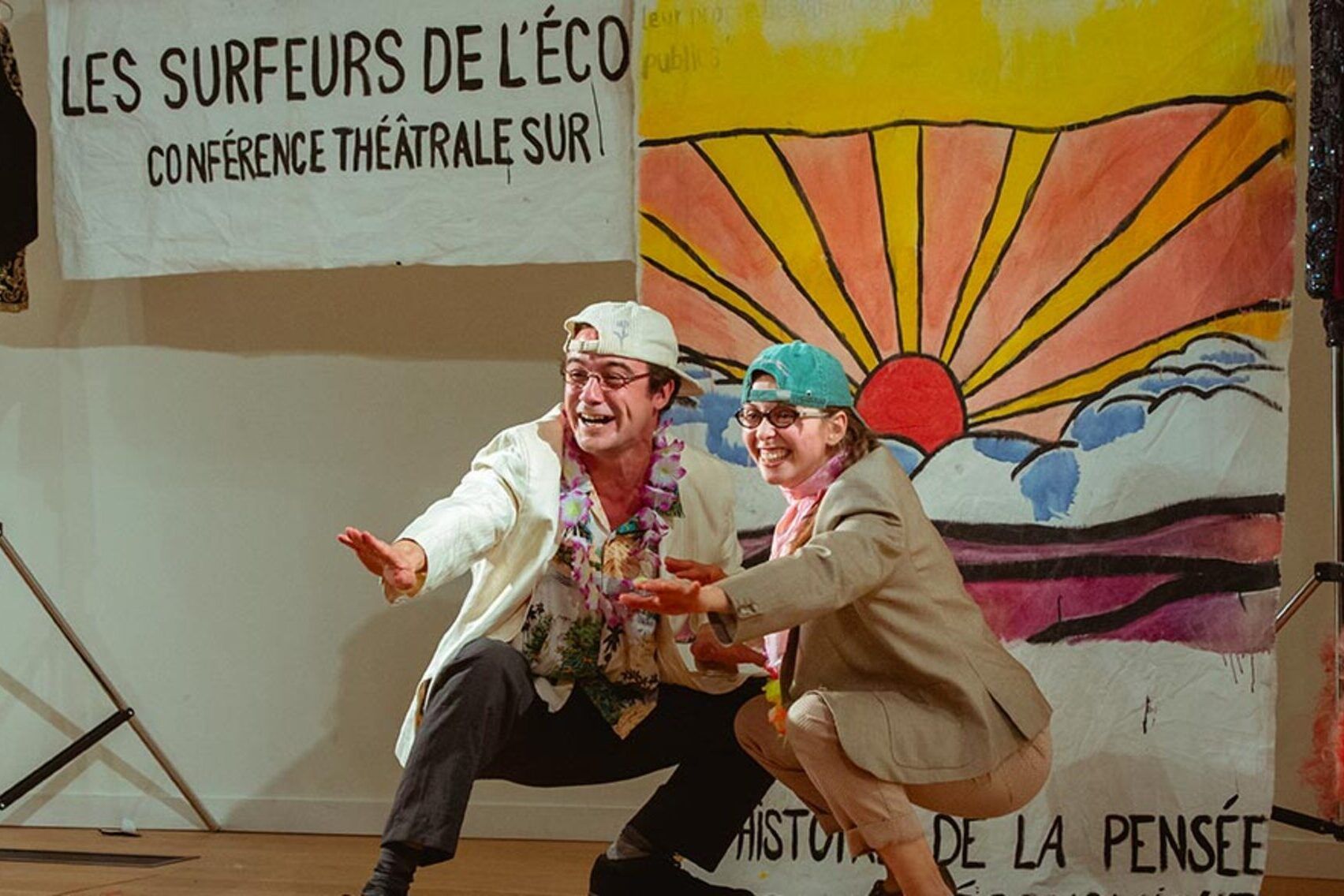 Does the economy bother you? It’s that you haven’t met Angie and Nono yet. This duo of “economy surfers” presents, in one hour and in a breathtaking style, the history of the discipline during a “theatrical conference” given at the Cité de l’économie, in Paris.

The institution, which opened two and a half years ago in the former Hôtel Gaillard, in the neo-Renaissance style, is behind the show. “The commission included talking about a certain number of authors like Adam Smith, David Ricardo, Karl Marx,” recalls Jérémie Lebreton, the director. If the second has “gone by the wayside”, the creator, associated with a playwright, has allowed himself to go back much further in time.

A “wave” formed since… Plato

The “conference” therefore opens with Plato, convinced that the well-being of the city cannot tolerate that the way in which its people are structured stems only from the principles of commercial exchanges. The contradiction brought to it by Aristotle, who was more “accommodating” with the market, then gave rise to a breaking wave… which is breaking to this day. In constant search of balance on this wave, Angie and Nono wonder: can we reconcile the desires, sometimes impulsive, unthinking, of man, with the work of reason?

The age of the Enlightenment, the theory of the “invisible hand” of the Scottish Smith are the subject of careful treatment, theorizing the search for individual well-being as the basis of the wealth of nations. A century later he was answered by Marxist thought, inseparable from the historical context of the forced industrialization of Europe and the domination of the bourgeoisie, with its “owner” and consumerist ideology.

A show given in high schools

To accompany their words, twirling, the two teacher-surfers deploy, at regular intervals, two large rollers in the background. The illustrations plunge into an atmosphere, like a series, “pop art” style, by John Maynard Keynes, the herald of revival through consumption to dodge the horrors of the Great Depression of the 1930s… until the risk of exhaustion .

“It’s a simple decor, which makes it easy to move from one place to another,” explains Jérémie Lebreton. The show, which aims to appeal to everyone, was offered in several high schools in the Paris region. “It worked very well,” continues the director. His writing allows for flexibility, and opens up possibilities for interaction with the audience. »