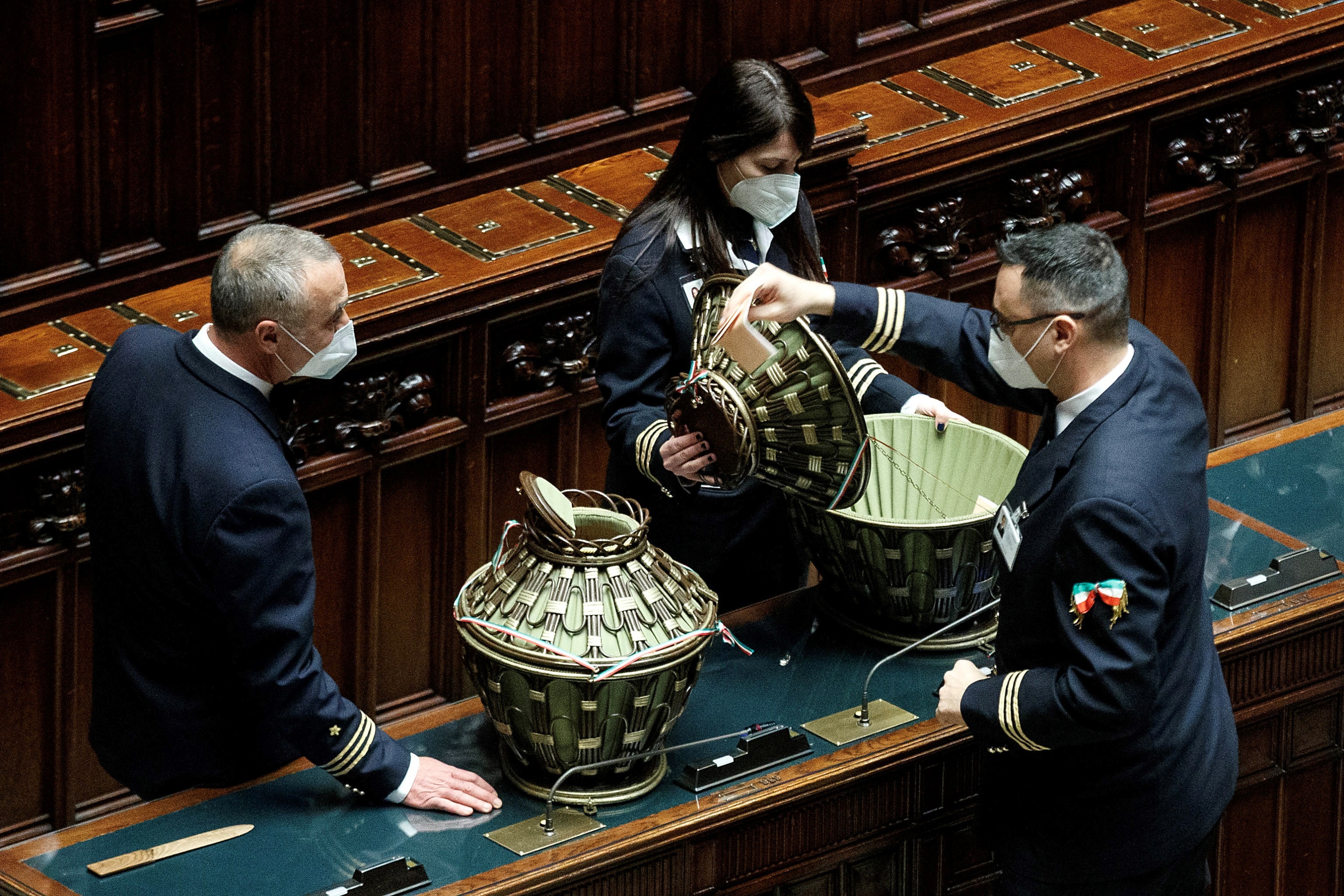 The vote to elect the President of the Republic of Italy has shown in its sixth vote the best and the worst of Italian politics. On Friday, January 28, there were betrayals within the parties and enormous institutional irresponsibility, which damaged the image of important officials such as the president of the Senate, Elisabetta Casellati, selfishly thrown by Salvini into the fire of a vote for which he had no props. But also, as almost always happens, it was possible to keep the door open for an in extremis negotiation, which allows the furniture to be saved at a deeply delicate moment for Italy. Even if it means returning to the starting point of this process and uncovering a card: ask Sergio Mattarella to repeat in office, opt for the prime minister, Mario Draghi, or elect the head of the secret services, Elisabetta Belloni.

The repetition of the current head of state at the head of the post, supported yesterday by a massive vote (336 votes) in which the right abstained, would be a lifeline for all. It is the only card that allows you to reset the counter to zero. No one would be too shorn and the decision would thus be postponed for at least two years. It would be when there is a new Executive, after legislative elections, set for 2023. And Draghi himself, with some scratches, could once again have a chance of occupying that position. Mattarella’s environment has made it known these days that he has no intention of repeating and that he has not had any contact with the games. But he has also admitted on other occasions that if the situation in Italy were critical, he would have no choice but to accept. At least, as his predecessor Giorgio Napolitano did, until the next legislative elections were held and Parliament was in a position to create a clearer majority.

The other option, with a much more complicated production, is that of Draghi. The current prime minister has not hidden his interest these days in becoming the new head of state. Yesterday he met with Matteo Salvini, leader of the League, and spoke with the other leaders. His election, however, implies having a plan ready to replace him and form a new Executive that would preserve the unity of last year to advance the reforms that Italy needs and tackle the projects for which the country will receive more than 200,000 million euros from The EU. The problem is that Draghi himself would be involved in this ministerial remodeling process, twisting some pages of the Constitution and turning Italy into a presidential republic for a few hours.

The other possibilities that were considered yesterday, although with a much lower profile and weight, were that of the former president of the Chamber of Deputies Pier Ferdinando Casini; and, above all, that of the current head of the secret services, Elisabetta Belloni. The latter, a diplomat with great experience and capable of generating a broad consensus, was the right-wing favorite late yesterday. In fact, Salvini himself said that he was working so that the chosen person would be “a woman”, without referring directly to her.

The vote on January 28 (the fifth) was a drama for Salvini, who had proposed Casellati, the president of the Senate. The politics of Forza Italia is by institutional hierarchy also the second figure of the State, something that I would advise not to burn it in a lost vote beforehand. But Salvini insisted on a divisive idea (the left did not even vote) and the result he obtained, beyond liquidating that candidacy, showed the cracks in the center-right coalition, which did not even manage to support Casellati together (he obtained 382 votes of the around 450 that make up the parliamentarians of Forza Italia, Brothers of Italy and the League). That is to say, some 70 parliamentarians of hers —including from Forza Italia, her own party— did not even vote for her.

This is not the first time Salvini has overestimated his abilities. In August 2019, with a mojito in hand at a beach bar, he provoked a government crisis that liquidated all his chances of being prime minister and continuing within the Executive of which he was vice president. Much less powerful than then, he has tried in this election for the President of the Republic to become a reliable leader, unite the entire coalition and set himself up as the kingmaker of the vote. The problem is that he has only managed to turn the Chamber of Deputies into a winter version of that beach bar, called Papeete, dividing the coalition and giving the progressive bloc the lead in the final phase of the vote.

Salvini comes out of this game alive only because his party doesn’t work like most and no one will ask for his head now. But an important part of his formation, that of the businessmen of the north, wanted Draghi in the Quirinal Palace from the beginning, and the leader of the League ignored that insistent chorus. They will bill you. Also a large part of the ranks of the cracked center-right coalition, which increasingly recognize Giorgia Meloni, leader of the Brothers of Italy, as the only one capable of making intelligent political decisions.