Putin and Macron advocate a de-escalation in the Ukraine crisis 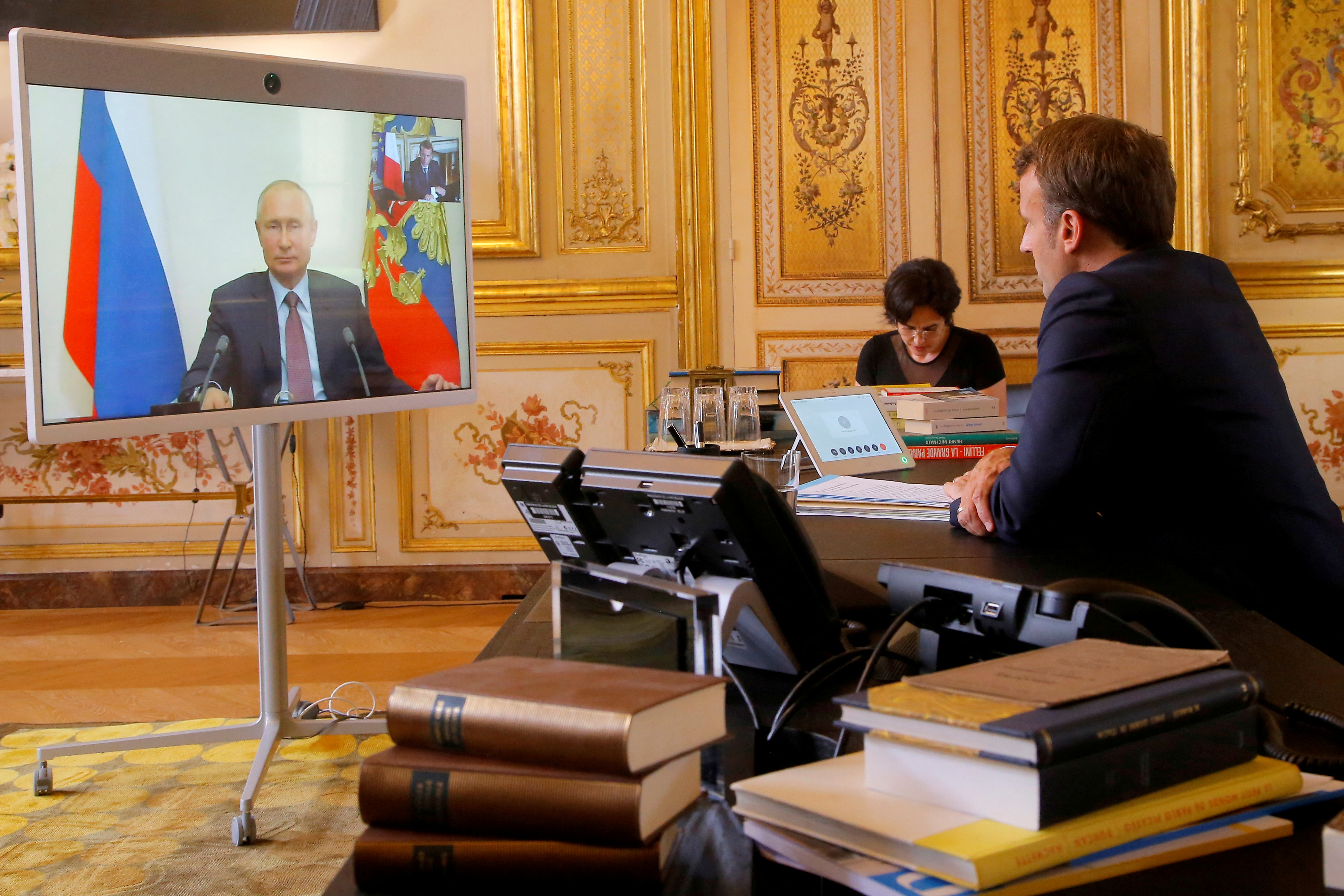 The long hour that the presidents of France, Emmanuel Macron, and Russia, Vladimir Putin, spent on the phone this Friday may not have removed a single millimeter from Moscow’s threat to Ukraine and the serious international crisis that it carries with it. But it hasn’t moved her forward either. Although the Kremlin wanted to make it clear, once again, that it considers that the response of the United States and NATO does not meet its demands, Paris affirms that, with “important” underlying disagreements, both leaders agreed, at least, on the need to avoid confrontation. Macron and Putin agree on the “need for de-escalation” and that “dialogue must continue” to solve the crisis, Elysee sources said after the phone call.

In fact, the Elysee underlined, the Russian president “denied having an offensive position” regarding Ukraine. Putin “has clearly said that he does not seek confrontation or escalation,” the French sources asserted. They have also added that the Russian president wants the negotiation around the pro-Russian separatist region in eastern Ukraine -reopened this Wednesday in Paris, within the framework of the so-called Normandy Quartet, which includes Russia, Ukraine, France and Germany- continue; a wish that has been confirmed by Moscow.

This meeting, held behind closed doors, concluded after more than eight hours of discussions with a statement in which the participants agreed on the importance of “unconditional respect for the ceasefire” in the conflict between Kiev and the separatists protected by Moscow from the Donbas region. According to the Kremlin, Putin insisted to Macron that Kiev must negotiate directly with the authorities of the self-proclaimed Donetsk and Lugansk republics and establish a special status for Donbas by law. Macron, for his part, told his interlocutor “very clearly” that the basis for continuing on this path also involves Moscow “respecting the terms” of the ceasefire and remaining “committed” to the negotiations. “Each one has their responsibilities in this matter,” stressed the Elysee.

At the same time, however, the Russian president “reiterated” this Friday the reasons why he considers that the current situation of tension has been reached and repeated “his demand that NATO give Russia guarantees” about its security. In this regard, according to a statement distributed by the Russian government, Putin conveyed to Macron that the response given by the United States and NATO to the Kremlin does not meet their main demands: “The return of the bloc [atlántico] to its military potential and structure of 1997″, which would mean annulling the membership of practically all the countries located to the east of Germany, and “abiding by the principle of indivisibility of security”, which implies that a country cannot be strengthened by putting at risk to a third party, reports Javier G. Cuesta from Moscow. The Kremlin demands that the Atlantic Alliance return to the situation prior to the Russia-NATO founding act of 1997, which approved a peaceful expansion of the organization. This would leave out nations like Poland, Romania and the Baltic states, or new candidates like Ukraine or Georgia.

According to the Elysee, Macron replied that, for the sake of “confidence and security” in Europe, it needs “Russia to respect, above all, the essential principle of the sovereignty of States”, something that, he criticized Putin, ” is not compatible” with the annexation of Crimea by Russia “and, in general, its attitude towards Ukraine, a sovereign country that has the right and the ability to make the decisions it wants, even if Vladimir’s Russia does not like them Putin”.

The conversation was “serious, respectful” and, despite the “serious” tone, both “assumed their differences, but also the common will to continue the dialogue,” insisted the Elysee, for which the main result of the interview is, precisely , that reopened diplomatic channel. “Dialogue is difficult”, but “discussion channels are open”, celebrated Paris in this regard.

The conversation with Putin comes after Macron’s discussions with other key players in the international conflict. On Monday, he participated in US President Joe Biden’s video conference with EU and NATO leaders, as well as UK Prime Minister Boris Johnson and Italian Prime Minister Mario Draghi. On Tuesday, the French spoke with the Polish president, Andrzej Duda, and with the German chancellor, Olaf Scholz, with whom he met in Berlin. After his discussion with the Russian president, Macron also spoke with the Ukrainian president, Volodymyr Zelensky. According to the Elysee, Macron reaffirmed France’s “full solidarity” with Ukraine and reiterated his “determination to preserve the country’s territorial integrity and sovereignty in a context of strong volatility.” Both leaders also agreed to “continue efforts in favor of de-escalation and dialogue, especially within the framework of the Normandy format,” according to Paris.