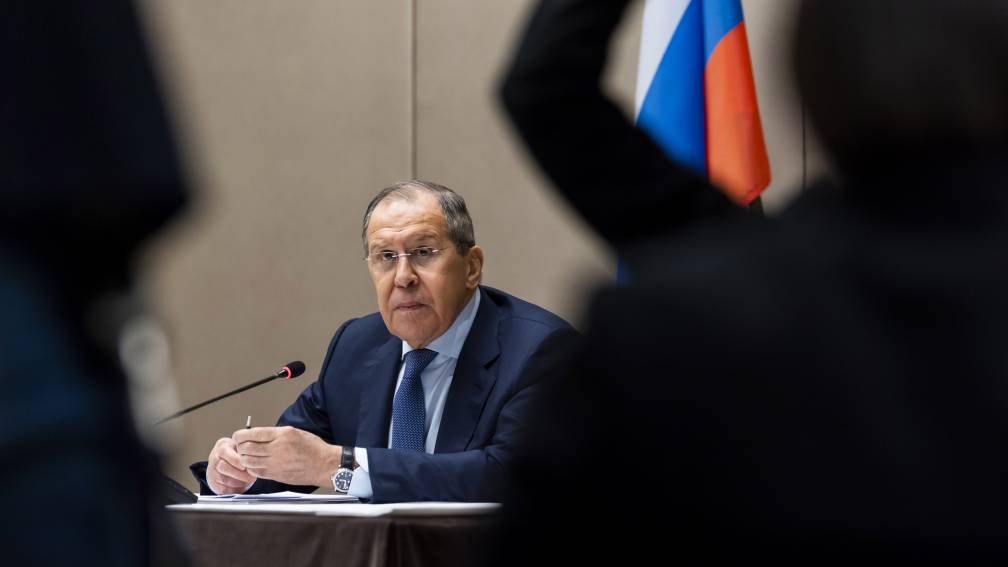 Russia does not want war with Ukraine, Foreign Minister Lavrov emphasized in a press conference this morning. He also said that Moscow is ready to continue negotiations with the West.

Lavrov was positive about security proposals the United States has made to get out of the crisis. According to the minister, these sound better than proposals made by NATO. It is up to President Putin to decide how Russia will respond, Lavrov said.

NATO and the US both delivered a written letter to the Kremlin on Wednesday. The exact content remains a secret, but broadly speaking, the two parties stand firm. They continue to support Ukraine unconditionally, and the country will ultimately have to decide for itself whether to join this alliance, something Moscow had demanded. US Secretary of State Blinken said it included proposals on cooperation on cyber-attacks and transparency on military exercises.

President Putin said today that the US and NATO have not responded to the main security demands, but that Moscow wants to talk further.

According to Lavrov, the US is using Ukrainian President Zelensky’s “regime” to further build tensions between Russia and the West. The minister criticized Western arms supplies to Ukraine. According to him, hotheads on the Ukrainian side are the greatest danger, especially if they have Western weapons at their disposal.

Russia may need to take precautions to protect diplomats in Ukraine, Lavrov said. The United States and Canada are now removing diplomats from the capital Kiev. Dutch diplomats can leave if they want to, said Foreign Affairs Minister Hoekstra this week.

Ukrainian President Volodymyr Zelensky says domestic destabilization poses the greatest risk to his country, including an economic crisis. Zelensky cannot rule out the possibility that tensions with the neighboring country will rise further, but he does not think panic is justified. “I don’t consider the situation more tense now than before. There is a feeling abroad that it is war here. That is not the case.”

If there is a major war, it will not be just on Ukrainian soil, but a “hybrid war,” he said. Zelensky warned that NATO members in Eastern Europe could also fall victim to digital attacks and other intimidation techniques by Moscow. He believes that NATO is the only guarantee of security in the tensions with Russia.

Diplomacy is now in full swing. Lavrov expects to meet with US Secretary of State Blinken sometime in the coming weeks. Later today, he will speak with his German counterpart Baerbock, the Russian news agency Interfax reported.

This morning, President Putin held a telephone conversation with his French counterpart Macron. According to a French government source, Macron has said Putin must respect the sovereignty of his neighbors.

Polo Polo defended the businessmen who support Fico: “If it bothers you to be fired from your jobs for voting for Petro, open your own companies”

Jalisco and Michoacán sign security agreement due to increased violence

Heracles must fear relegation after painful defeat against Excelsior | NOW