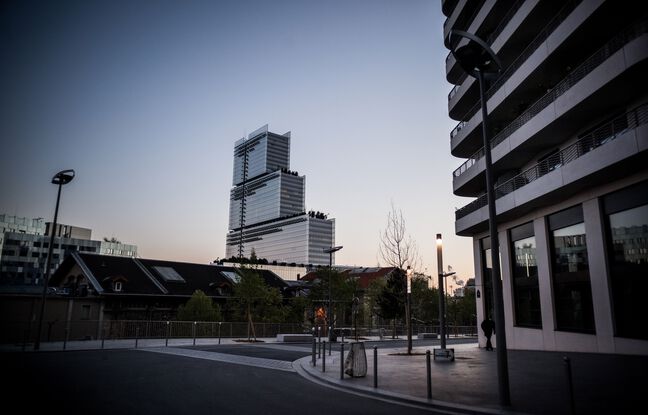 The Paris Criminal Court on Friday sentenced Aurélien Chapeau, a former soldier adept of neo-Nazism and weapons, to nine years in prison for “individual preparation for the commission of an act of terrorism”. Aurélien Chapeau, 38, was he an ultra-right “lone wolf” preparing to commit a “mass killing” as hammered by the prosecution? Or an Internet troll, as there are “dozens and hundreds of them and which fortunately do not take action every day”, portrayed by his defense?

“The court does not read the omens”, evacuated the president of the 16th chamber of the Paris criminal court in rendering his judgment. “We are not here to find out whether or not you would have taken action without the intervention of the police,” he added, claiming to have noted “the multiplicity of preparatory acts” and “very high level of intensity” of the radicalized ex-soldier.

Under the pseudonym “Ayatjouz” (“I hate Jews”, I hate the Jews), this former army cook converted into a security guard had been frequenting ultra-right forums since 2010. Aurélien Chapeau had already had trouble with the law. In May 2019, he was sentenced to four months in prison for threats against members of the SOS Racisme association.

Despite this first conviction, behind his screen, he gradually began, from 2019, to multiply more and more threatening messages. For the public prosecutor, everything was there to qualify the project as “terrorist”, namely: ideology, possession of weapons, and especially the identification of targets.

When they arrested him on May 26, 2020 at his home in Limoges, after a report from internal intelligence cyber-patrollers, the investigators got their hands on homemade explosives, but above all on three firearms, including a rifle. gunner, and hundreds of corresponding ammunition.

According to the elements of the investigation, Aurélien Chapeau had carried out research on the Internet concerning places frequented by the Jewish community in Limoges, but also in Strasbourg and in the Paris region and published on forums screenshots of certain addresses. The potential “lone wolf” had tried to make contact with established ultra-right groups, in particular the American neo-Nazi small group “Atomwaffen Division”. These attempts had not succeeded.

Obsessed with Jews and the “great replacement”

For three days, the court drew the profile of a very isolated, uneducated man, in professional and personal failure and with a fragile masculinity. Claiming to be “addicted”, via his screen, to the most violent ideas of the ultra-right, the security guard was as much obsessed with Jews as with the fear of a “great racial replacement” in the West.
To his community, he presented himself as a worshiper of Brenton Tarrant, the Australian white supremacist accused of having killed 51 people in two mosques in New Zealand in March 2019.

A model he wanted to follow, as he said on the Internet? “I didn’t buy these weapons to kill anyone, I swear to God, I deserve to be punished for the propaganda I spread but there was never a plan to attack,” , assured the man with close-cropped blond hair and a stiff posture. “Yes, there is nothing concrete, you didn’t go out with your gun to shoot people. But we are at the project stage, we are intervening upstream”, had argued the prosecutor who had compared the ideology of Aurélien Chapeau to that of a “white jihad”.

This condemnation comes as the movement of the ultra-right which proliferates on the Net as in the street at the crossroads of the health crisis and the presidential election worries more and more in France the authorities, who are looking for ways to respond.