Euro 2022 handball: the French team weighed down by its inconstancy

The France team came back down to earth. More than six months after their Olympic title won in Tokyo (Japan), the Blues will not continue with a European crown which has eluded France since 2014. Like their defeat in the semi-finals against Sweden (33 -34), Friday January 28, Guillaume Gille’s players will have missed too many things to reach the final of Euro 2022.

Facing the Swedes, Ludovic Fabregas had the equalizing ball in his hands. Without Andreas Palicka’s decisive save, the results would not have been the same and the analyzes would have been lulled by the potentially golden illusion at the end of the road. But if the Blues managed a crazy comeback against Denmark (30-29), Wednesday in the main round, a second against Sweden would not have really been deserved. “The end of the match against Denmark was a sham, analyzes Jérome Fernandez. It was the Danes who died at the end.” An observation shared by Aymeric Minne, “You have to be honest, coming back would have been a nice hold-up. There can’t be a miracle every time.”

But against Sweden, despite a fanfare start to the game, the Blues presented a copy similar to that of the first 45 minutes against Denmark but also during the heavy setback inflicted by Iceland in the main round (29-21) on Saturday last. “There are a lot of shortcomings tonight, especially collectively, continues the triple European champion (2006, 2010, 2014). He also lacked a bit of defensive accuracy and a few goalkeeper saves.” 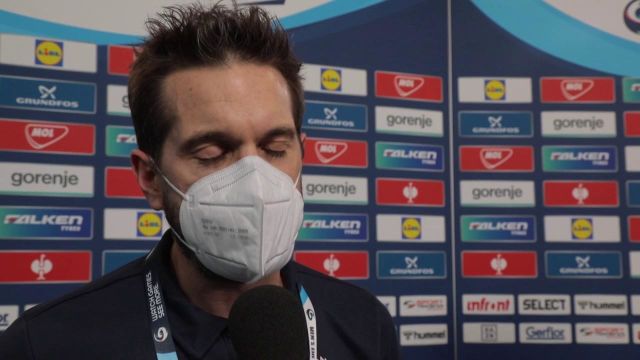 After a high level preliminary round, Vincent Gérard is in failure in his goal on the last outings. In the last four games, he has made at best five saves in a game (against Iceland) and only managed three on Friday against Sweden. Wesley Pardin also failed to embody a second threat as the great nations of this Euro are capable of. In goal after returning from the locker room in the semi-finals, he only pulled off a single save as against Denmark.

But beyond the goalkeepers, the whole defense faltered on Friday. France had not conceded so many goals (34) in an official match for a little less than a year, it was during the match for third place at the 2021 World Cup (35-29 defeat against Spain). “In the second half, we suffered a lot of duels, we lost a lot,” regretted coach Guillaume Gille. “We had not started badly in defense but we broke up”, continued Vincent Gérard.

Above all, she was not able to curb the ardor of the formidable Jim Gottfridsson (9 goals) as she had not been able to do a little earlier in the competition against the Icelandic Omar Magnusson (10 goals), yet all the two targeted ahead of the match. “What is tiring is that Gottfridson did what he wanted from the first to the last minute, he carried around, a bit like what Magnusson had done with Iceland, fulminated Vincent Gérard on BeIN Sports. When a player manages to impose his rhythm, you can’t get out of it.” “There may be a specific lack of preparation for this player,” thinks our consultant Jérôme Fernandez.

The temporary exclusions (four) also cost the French team dearly. It was notably in the first period, when the Blues conceded three in the first twenty minutes, that Sweden took the opportunity to equalize and even take the lead. “Our defense is sometimes a little too rough and committed”, analyzes Jérôme Fernandez. In the end, Valentin Porte was punished with a red card like Ludovic Fabregas or Vincent Gérard in previous meetings.

In this defense, the innkeeper Karl Konan had regained a position at the heart of the game for three games but his absence for Covid had hurt Iceland very badly. Far from being an excuse as nearly every nation has been affected by the virus, France have suffered several weight misses as the cutthroat matches presented themselves. Karl Konan, therefore, but also Nicolas Tournat, Kentin Mahé and Guillaume Gille.

If the coach was able to resume his place on the bench on Friday, his assistant Erick Mathé had to take control for three successive meetings (Iceland, Montenegro, Denmark). A baptism not the most obvious in a major international competition and which cannot be excluded from the overall balance sheet and the tricolor stammerings in this Euro.

Kentin Mahé’s package was also detrimental in more ways than one. Tested positive last Saturday, the center half of Vezprem (Hungary) has missed the last four meetings. Without his master to play, the attacking game of the France team was messy. “We still lack a binder on the attack placed”, notes Fernandez. When the defense worked, the Blues could unfold their fast game and thus hide this main deficiency seen throughout the competition. 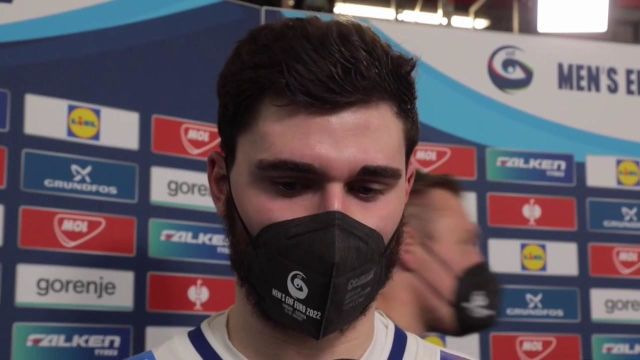 Without Kentin Mahé, Guillaume Gille also had to review his rotations and some players ended up on the kneecaps. “We felt the blunt rear base, slips Jérôme Fernandez. We shot Nikola Karabatic and Dika Mem so much that they couldn’t take it anymore. Dika (Mem) was a shadow of himself.” Unlike his flamboyant outing against Denmark (8 goals), the Barcelonan suffered against Sweden (2/6 shooting). At 37, the efforts ended up paying off for Nikola Karabtic, dean of this campaign who will not become the first Frenchman in history to count four European champion titles.

But the competition will nevertheless have made it possible to highlight the golden generation born in 1996 and 1997. Aymeric Minne, sparkling with eight goals in the only second period of the semi-final, but also the right winger Yanis Lenne. “We have a team that is in reconstruction, wants to believe the top scorer in the history of the Blues. This generation will become the management generation and the goal is for them to be well established for Paris 2024.”

Before that, they have the opportunity for some to win their first international medal on Sunday. For that, it will be necessary to beat again Denmark which will have this time recovered its two stars Mikkel Hansen and Mathias Gidsel. Fifteen minutes of madness will not be enough to touch the bronze finger.