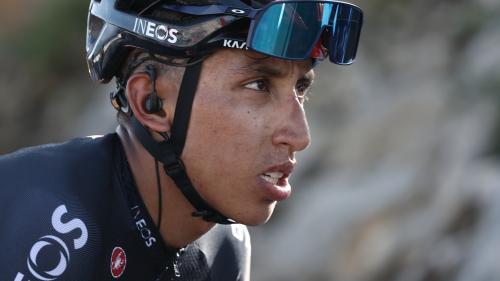 Colombian climber from the Ineos team, Egan Bernal, winner of the Tour de France in 2019, “almost lost his life” in the serious accident he suffered on Monday and which could have left him “paraplegic”, he said. asserted on Friday on social media.

“After having had a 95% chance of remaining paraplegic and almost losing my life doing what I love the most”, wrote on Instagram the cyclist in caption of a photo of himself lying on his hospital bed , his neck in a neck brace, waving “OK” with his left hand. “Today I want to thank God, the clinic of La Sabana, all its specialists who have achieved the impossible, and my family”, continues the Colombian runner.

In training on Monday, Bernal hit the back of a bus that had suddenly stopped. He was transferred to the hospital to be operated on for several fractures. Several of his vertebrae were affected, as well as the right femur and kneecap. “I trust in God that everything will go well,” he added on Friday.

The La Sabana University Clinic, where Bernal is hospitalized, said the cyclist underwent two new operations on Friday, to treat fractures to his right hand and jaw. “The clinical and radiological results are satisfactory and the patient is already recovering without any type of complication,” the doctors stressed in a statement.

At the age of 25, an anniversary he celebrated on January 13, Bernal is only in the first part of a career that has begun at full speed. For his second season at the highest level, he won the Tour de France in 2019, a feat that no rider from his country had accomplished before him. A gifted climber, endowed with great racing intelligence and skilled in the art of placement, Bernal then won another big tour, the Giro 2021, without showing any weakness.

His serious accident compromises his season, when he intended to return to the Tour de France next summer to win again.