COVID: Jalisco registers almost 200 infected with the virus per hour

The wave of COVID-19 infections in Jalisco continues to grow, and with 4,636 cases in this Friday’s report, add up to eleven consecutive days in which the Radar system report reaches a maximum number of positive tests.

The increase in the incidence of the disease exceeded the scenario proposed in the projections of the Institute for Health Metrics and Evaluation of the University of Washington, which calculated that the maximum peak would be reached on January 27, and then begin to decrease. The downward trend has not yet been registered, as 197 more cases were reported today than last Thursday.

What’s more, 27 deaths were confirmed, there are 345 deaths this month and the total number of fatalities from the virus reached 17,977 since the start of the health contingency. 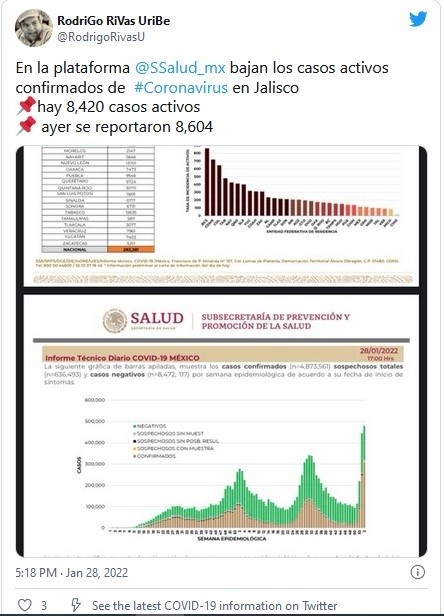 The Jalisco Health Secretariat (SSJ) reported that there are 957 people hospitalized due to the virus, they are 31 less than in the previous report. In public hospitals there are 860 occupied beds and 97 in private hospitals.

In facilities of the Mexican Institute of Social Security (IMSS) there are 550 patients, 145 in hospitals dependent on the SSJ; 105 in Civil Hospitals of Guadalajara and 60 in the Institute of Security and Social Services for State Workers (ISSSTE).

Occupation in public hospitals dimmed from 57.5 to 55.9%; In the most recent weekly report, the state government reported that there were 1,538 beds enabled to care for COVID patients. 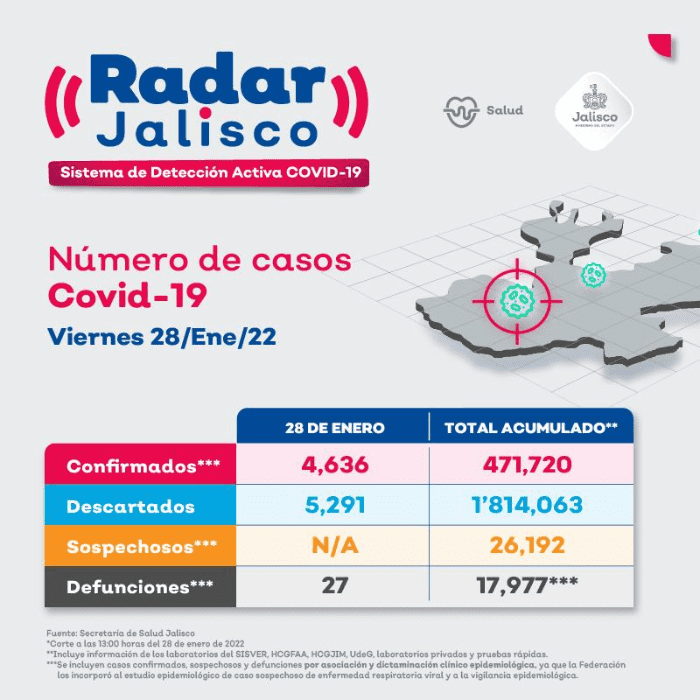