Action in forest at car factory in Born will continue tonight 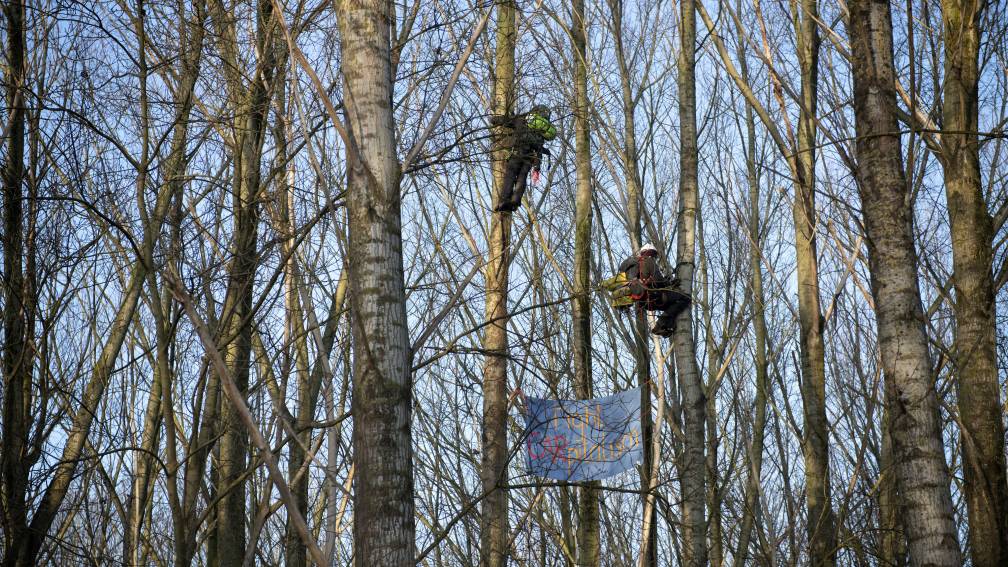 The occupation action in the Sterrebos in Born will continue tonight, the activists say. Part of the forest may have to make way for expansion of the adjacent VDL Nedcar car factory. The demonstrators fear that old trees will be cut down and that the habitat of all kinds of animals is threatened.

“We are still in the forest and there has not been felling yet,” one of the participants said. “We will stay put until it is certain that the Sterrebos will be preserved. So that can take a while.”

About twenty people are still involved in the action, who sleep in a hammock in the trees tonight. The activists are packed and expect to get through the night just fine.

The police are present around the Sterrebos, which is in the hands of VDL Nedcar. The area has been cordoned off and police are arresting anyone entering or leaving the area. Several arrests have been made earlier in the day. VDL has said it does not want demonstrations in the forest.

The municipality of Sittard-Geleen has designated the Mitsubishi Avenue, near the car factory, as a demonstration location. A solidarity demonstration will be held there tomorrow morning, the action group says.