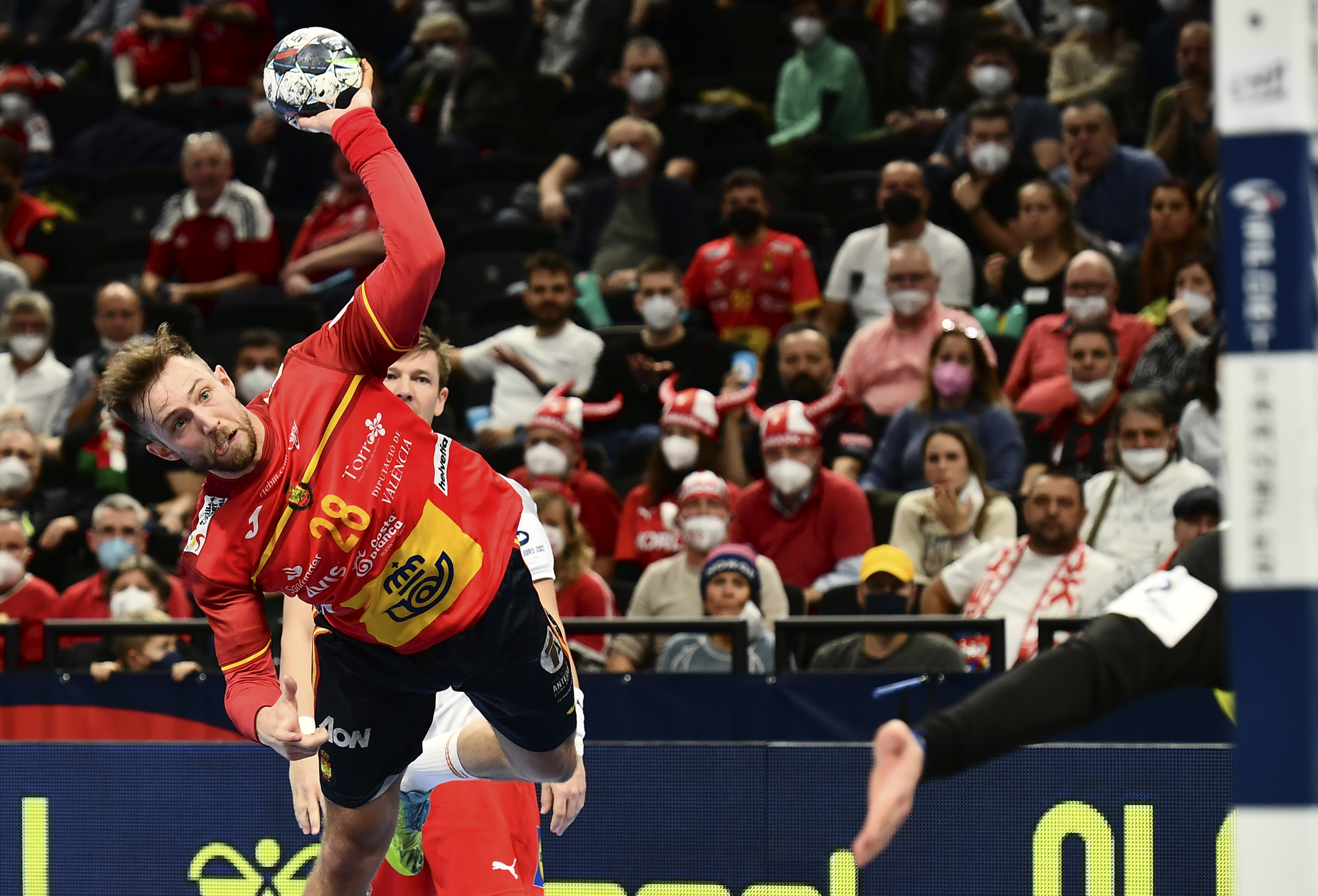 Spain scored a feat that very few had. “You still have to get used to spending a few years without winning medals”, was repeated over and over again in recent months from the circuits of the Spanish handball team. The cycle of several of the great references had ended (Raúl Entrerríos, Viran Moros or Julen Aginagalde) and, in addition, two key pieces of the future, the Dujshebaev brothers, were missing due to injury. However, against the uncertainty, the perfect Spain emerged, the most resistant, the most clinical. First tournament after the generational change and the same life as always.

Hispanics reached the fourth consecutive European final after defeating Denmark in a colossal performance (29-25). The Nordics had denied them two finals in the last year, the World Cup and the Olympic, no one doubted their favoritism -even Spain gladly granted them that cheat label-, but they ended up hooked on the networks of the best competitor. A historic mission awaits the double champion on Sunday (6:00 p.m., La 1): only Sweden has achieved the consecutive triple crown (1998, 2000 and 2002) and Sweden will be, precisely, its rival in the final after beating France (33 -3. 4).

It’s been a long time since the national team made “resist and you will win” its engine of life. This is how he managed to bring down the worst client, due to the size of the rival, the posters of his staff and the immediate background. Since the 2015 World Cup he couldn’t with Denmark. And in Budapest he did it from less to more, grabbing first when it got rawer as soon as he started, then biting her ankles to end up submitting her in a round second half. Spain has limped several times in the European Championship against inferior teams (Czech Republic, Bosnia, Russia and Poland), but has exhibited its strongest version when the rival has been more lustrous. A characteristic that describes its competitive capacity and explains why it has been installed in the elite, even in the midst of a profound change of facade.

It was a choral victory, as there was no other, although an unleashed Aleix Gómez stood out (11 goals in 14 shots), a multiplied Pérez de Vargas (nine saves in the second half and 14 in total) and the infinite wisdom of Joan Cañellas (five goals after the break), which was planted in the European with some pending personal account after his traumatic absence from the Games.

On the other coast, no one symbolized bankruptcy better than Mathias Gidsel, a talented 22-year-old pipiolo who, until the semifinals, added statistics to put him in a picture (only one failure in 36 shots, without taking penalties) and who ended the afternoon with three mistakes. A human balance, inconsequential in another case, but that portrayed the collapse of theirs. Star Mikkel Hansen only delivered in a flagging overall performance. Denmark started bossy and left without answers, desperately changing the goal and the defensive system.

The evolution of the first part was a reflection of what Spain was up to that moment: difficulties in attack, tight nuts behind and an almost unique ability to stay on their feet. The selection presented with a poor 58% shooting efficiency, by far the worst figure of the best teams and well below the Danish 70%. And it didn’t take him long to show how he got there. Errors followed one another, and even more so against a Niklas Landin who started light: seven stops in 11 first attempts by the Hispanics.

A premise in the roadmap was to prevent the Nordics from taking advantage, and it was not fulfilled: 4-8 with a goal from Gidsel. In Jordi Ribera’s squad, the only lucid one at that point was Agustín Casado, author of three of the first five goals for Spain. The attack was a pain while the defense, help under the sticks from Pérez de Vargas and several Danish losses helped to keep the fort standing.

The party was released in the last third of the first act. Also Spain, which began to find offensive solutions with Maqueda, Cañellas and Aleix Gómez. Then his escapist soul resurfaced to stay in one piece despite the feeling of superiority that Denmark transmitted. A steal by Gómez made it 13-14 at halftime.

And there the duel remained, in the flood of Spain and the Nordic doubts. If there are actions that advance an outcome, that happened in the first two attacks of the second half. Gidsel missed his second pitch in the entire championship and Cañellas tied (14-14). Pérez de Vargas also stood out and the clash could not be reversed. The team added pieces, was still well held in defense and Aleix Gómez began his festival. The Catalan had been left alone in the morning at the right-hand end due to Ferran Solé’s absence due to covid (the third goalkeeper, Sergey Hernández, was also infected), he had to eat the 60 minutes and enjoyed them like no one else.

From the first Spanish advantage (17-16 in the 41st minute), everything went downhill for the team, which quickly realized the Danish crisis, a team that, unlike the Hispanics, suffers rowing against the wind . Inflated with confidence, with Cañellas percussing and distributing game, Spain felt indisputable. On Sunday, he has a date with history.