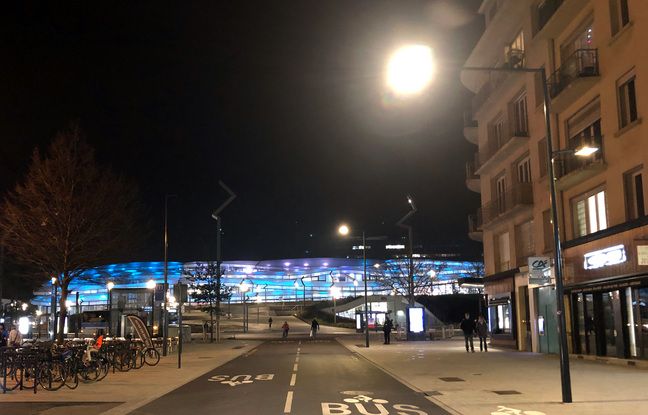 They are too old, too energy-intensive and even too dangerous for some. In the coming months, several thousand streetlights lighting the 43 municipalities of the Rennes metropolitan area will be scrapped. They will be replaced by more modern and durable equipment operating with LEDs. A decision which is part of the climate, air and energy plan adopted in 2019 by the community and which aims to “reduce consumption of public lighting by 40% by 2030”, according to Philippe Thébault, vice-president of the metropolis in charge of public spaces and roads.

After an inventory of the park, 80,560 streetlights being installed on the territory, the site started in 2021 with the replacement of 3,000 streetlights. “And there will be as many this year”, indicates the elected official, mayor of the commune of Saint-Gilles, west of Rennes. Thursday evening, the Rennes Métropole council also validated an envelope of 27 million euros to replace nearly 11,000 streetlights over the 2023-2025 period. “We will then have replaced nearly 30% of the fleet”, specifies Philippe Thébault.

Although the investment is substantial, it will not be sufficient to reduce consumption by 40% by 2030. It will also be necessary to rely on the goodwill of the mayors, responsible for public lighting in their respective municipalities. And in this area, everyone has their own schedules. “Some turn off at 10.30 p.m., others at 2 a.m.,” underlines the mayor of Saint-Gilles. Between rural, peri-urban or urban areas, it is indeed difficult to find a consensus on the territory. “And if we impose, there will be reluctance among some residents,” says the elected.

Rather than oblige, the community therefore prefers to encourage municipalities to reduce lighting. This is particularly the case in summer with 18 municipalities which have been committed for two or three years to turning off all streetlights during the summer period between June and August. Others are experimenting with this as well. like Chantepie, south of Rennes. Since the end of October and for a period of one year, the municipality has indeed undertaken to turn off public lighting as soon as the last bus passes and to completely remove it on Sundays.