Paris and Moscow advocate de-escalation in the Ukrainian crisis 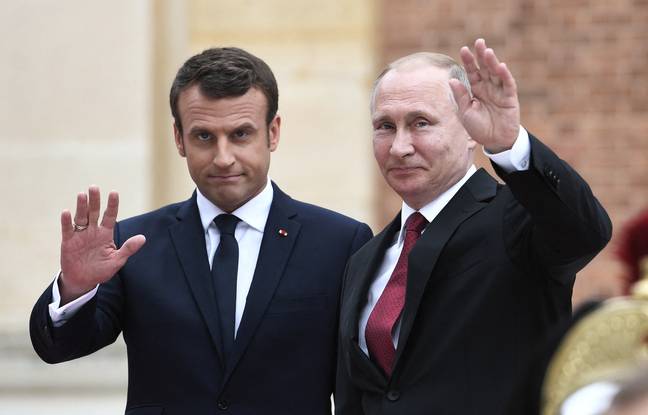 Did you miss the latest events on the tensions in Ukraine? Do not panic, 20 Minutes takes stock for you every evening, at 7:30 p.m. Who did what? Who said what? Where are we ? The answer below:

Ukrainian President Volodymyr Zelensky called on the West on Friday not to sow “panic” over tensions with Moscow, accused of preparing an invasion of Ukraine, while demanding a gesture from Russia proving that it does not was not going to attack. His statement came as Russian President Vladimir Putin and his French counterpart Emmanuel Macron agreed in a telephone interview on the “need for de-escalation”, according to the French presidency. More than a hundred thousand Russian soldiers have been deployed on the Ukrainian borders since the end of 2021, a sign according to Washington and several Western capitals that an invasion could be imminent.

“The likelihood of the attack exists, it has not disappeared and it has not been less severe in 2021”, but “we do not see an escalation greater than that which existed” last year, however said Volodymyr Zelensky, at a press conference for foreign media. “We don’t need this panic,” he stressed, while calling on Russia to “take steps to prove” that it is not going to attack. “The greatest risk for Ukraine” currently is “the destabilization of the situation inside the country”, estimated the Ukrainian president.

Russian President Vladimir Putin has complained to his French counterpart Emmanuel Macron about the West’s rejection of his demands for a de-escalation of the conflict over Ukraine and NATO. “The responses of the United States and NATO did not take into account the fundamental concerns of Russia,” the Kremlin said in a statement devoted to the meeting between the two leaders. “The key question has been ignored, namely how the United States and its allies intend (…) to implement the principle that no one should strengthen their security to the detriment of other countries”, continued the Russian presidency.

The United States and the European Union said in a joint statement that they were working to supply “additional volumes of natural gas” for Europe, in order to deal with a possible backlash from a Russian invasion of the ‘Ukraine.

Westerners accuse Moscow of preparing a potential offensive against the neighboring country, and threaten unprecedented sanctions if Russian President Vladimir Putin takes action. Washington has notably claimed that the controversial Nord Stream 2 gas pipeline between Russia and Germany, completed but not yet operational, would not be activated in the event of an attack.

Americans and Europeans fear, however, that the Kremlin, in retaliation, will drastically reduce its supply of hydrocarbons to Europe, which is vital for many countries. They had already assured that they were working on measures to compensate for this possible loss, but the formal commitment of the two presidents supports this approach.

In their statement, Joe Biden and Ursula von der Leyen say they also want to work “in close collaboration with EU member states” to prepare this plan B, and to seek the best ways to “safely store” these gas supplies.