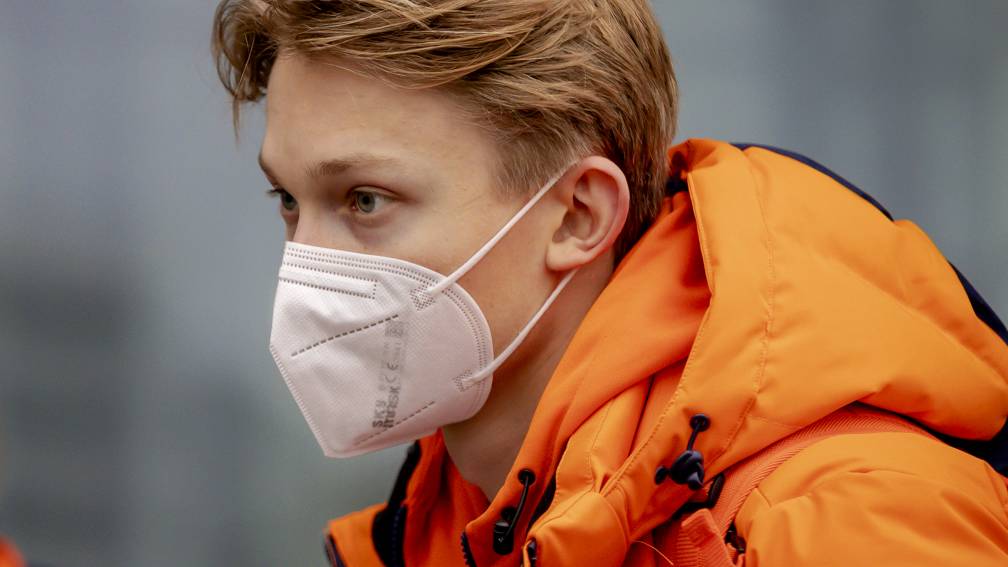 Femke Kok and Merijn Scheperkamp flew more than 7,800 kilometers to skate only 500 meters. One round, but the most important round of their fledgling skating existence. Both young sprinters will make their Olympic debut in Beijing.

The question is when will the Olympic jitters really kick in for the 21-year-old Olympians? Already on the plane? Or only after the first meters on the track? Kok and Scheperkamp are in any case impressed by the skating hall.

“You enter that hall and think: this has to happen, very impressive,” says Scheperkamp. “The Olympic rings and ‘Beijing 2022’ are everywhere, very special to experience.”

“Everything is just a bit bigger and more beautiful than I was used to at the World Cups or a World Cup, it’s really cool,” says Kok. “The ice was a bit soft, but it was a nice feeling to be on the Olympic track.”

‘Femke, there are walking routes’

The first hours in the Olympic village were also impressive. “I don’t want to say that it took me by surprise, but it was all very beautiful,” says Scheperkamp. “Even that food court,” says Kok. “Then you all have your own table with those glass walls in between, which is a bit uncomfortable.”

So many new impressions. Fortunately, the youngsters have enough experienced skaters around them. “A lot is being told about how the Games first went and how things are going now,” says Scheperkamp – who was nicknamed ‘Frenkie’ with his Jumbo-Visma team. “You notice a little bit how it works and how they approach it, so it certainly helps you.”

Femke Kok shares an apartment with four-time Olympian Ireen Wüst. “We have already decorated our apartment completely with nice flags and streamers.”

“Fortunately I have someone next to me who is already with me for the fifth time, I can learn a lot from that,” she says. “Just as well, I would go the wrong way, and then she said: Femke, there are running routes at the Olympics.”

Yet these Games are uncomfortable even for Wüst. On arrival at the airport in the Chinese capital, Kok and Scheperkamp immediately met a nervous horde: the Chinese health workers dressed in white suits. They were only allowed to pass with a negative corona test.

“When everyone was negative, there was great relief,” says Scheperkamp. A great burden has been lifted from the shoulders of the skaters. “We can breathe a little more.”

The young sprinters can now slowly move towards their race on February 12 (for the men) and February 13 (for the women). Kok, who is an outsider for the gold in Beijing in the 500 meters: “First get used to the ice and overcome the jet lag.”