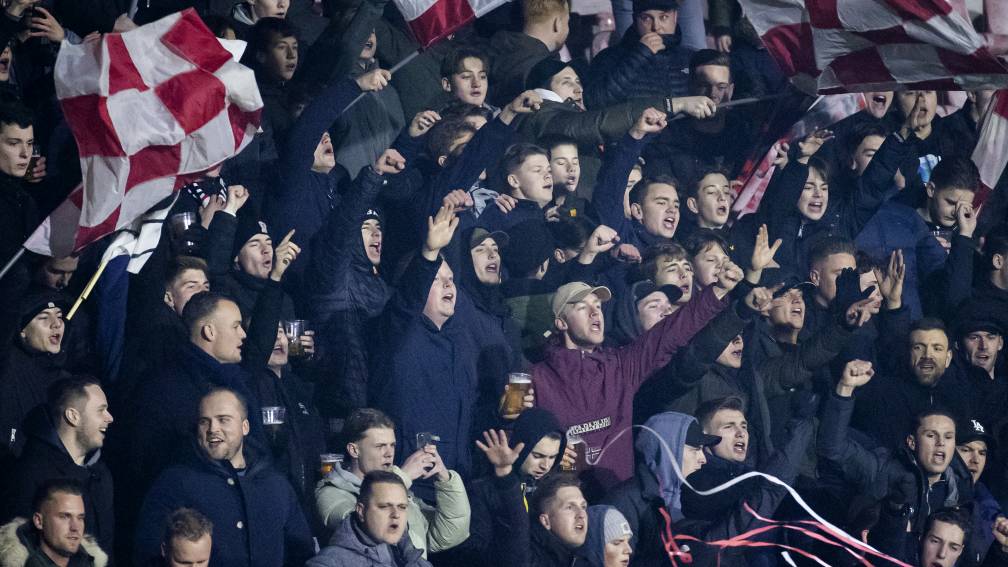 After months of absence, audiences have finally been allowed to enter the Dutch football stadiums again since Wednesday. The Brabant derby in the first division, TOP Oss – FC Den Bosch, was allowed to kick off on Friday evening. There were, however, conditions for the return of the public and they are not fully met.

For example, the stadium can only be filled for a third and visitors must keep one and a half meters away from each other. The latter in particular does not seem to be observed in Oss. The supporters in the Frans Heesen Stadium are (too) close together.

Dozens of fans, especially the fanatical supporters of the home team, are also standing side by side behind one of the two goals.

A spokeswoman for TOP Oss announced before the match that all 1,500 visitors at the entrance of the stadium would be told to keep a distance of 1.5 meters. “And the stadium speaker will also broadcast this if necessary,” she said.