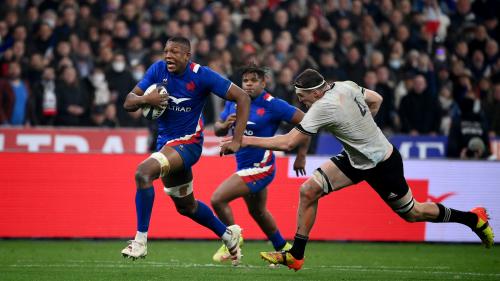 We are still in the middle of January, summer seems a long way off, but the round trips between the Bouches-du-Rhône and the rest of France have multiplied in recent days. Nothing to do with the summer crossover, however, it is according to the positive tests for Covid that the trips are made. And, far from being tourists, it is players from the XV of France who are concerned.

Wednesday, January 26, fourteen players present in training in the south of France were made available to their clubs. Among them, the Racing 92 winger Teddy Thomas or the second line of Toulouse Thibault Flament, tested positive for Covid-19. Flament is replaced for the preparation course for the Six Nations Tournament by Bordeaux-Bègles player Cameron Woki, who suffered from a “small glitch” in one knee, he explained. Besides Teddy Thomas, another Racingman is released, the hooker Teddy Baubigny.

Many novices called in as reinforcements to replace players affected by the Covid are returning to the club and should therefore apply for the tenth day of Top 14 this weekend, in accordance with the agreement between the FFR and the LNR. We therefore find the pillar of Clermont Daniel Bibi Biziwu, the third line of La Rochelle Paul Boudehent, the pillar of Montpellier Mohamed Haouas, the winger of Toulouse Matthis Lebel, the scrum half of Mont-de-Marsan Léo Coly (Pro D2 ), the third line of Montpellier Yacouba Camara, the second line of Toulon Swan Rebbadj, the second line of Castres Florent Vanverberghe, the opening half of Lyon Léo Berdeu, the versatile three-quarters of La Rochelle Jules Favre, the opener of Toulon Louis Carbonel and finally the center of Clermont Tani Vili.

As part of the agreement between the FFR and the @LNRofficiel for the provision of players from professional clubs for the Tournament of #SixNations, the staff of #XVdeFrance communicated the list of players made available to their club today:

The XV of France is currently training in the south of France to prepare for the first match of the 2022 Six Nations Tournament, against Italy, on February 6.