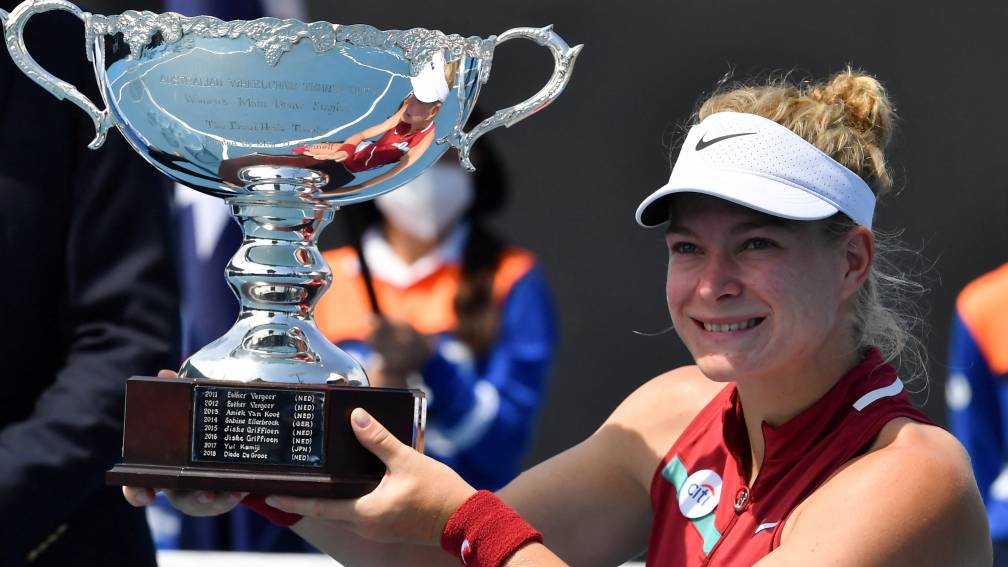 Diede de Groot has extended her title at the Australian Open with a great display of power. The 25-year-old wheelchair tennis player won after 58 minutes of tennis from her doubles partner Aniek van Koot: 6-1, 6-1.