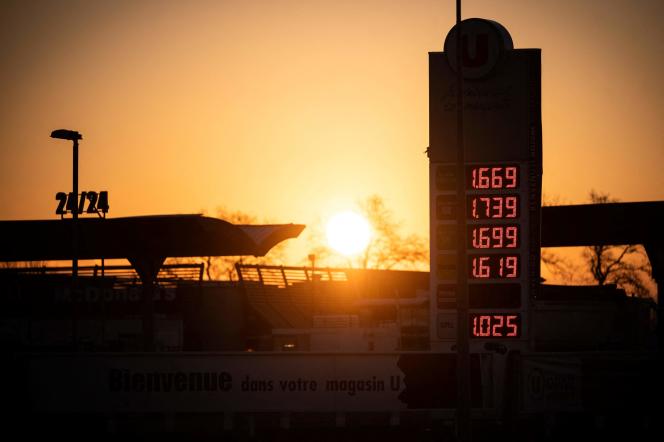 In Warsaw, soaring energy bills, bringing small businesses to their knees. In Dublin, young people who can no longer afford housing. In Spain, an explosion of social conflicts. And, in Italy, the price of pasta which flies away.

From Poland (8% inflation in December 2021) to Ireland (+5.7%), via Estonia (+12%) and Spain (+6%), everywhere in Europe the The question of the cost of living is again at the heart of concerns. In the euro zone, the price index jumped by 5% on average in the last month of 2021. Households are now seeing their purchasing power erode.

It should nevertheless be put into perspective: in 2020, prices fell, so that inflation over two years is not as strong as it seems. Nor is Europe in the situation of the United States, where it peaked at 7% in 2021. In addition, the phenomenon hits countries unevenly. If Eastern Europe and the Baltic countries are particularly affected, France remains, on the other hand, relatively spared (+ 3.4% in December 2021). The more or less effective measures taken by the public authorities to limit the surge in bills partly explain these discrepancies.

Still, the shock is real, and households suffer the consequences on a daily basis. While, on Wednesday January 26, the barrel of Brent exceeded the 90 dollar mark (80 euros) for the first time since 2014, the increase is largely linked to the surge in energy prices, which weighs on alone for half of inflation in the euro zone. But it is also the result of the disorganization of production chains linked to the pandemic, which increases costs and causes shortages.

Faced with this crisis, public authorities can hope that the phenomenon is temporary: after all, supply chains are showing the first signs of improvement, and energy prices could stabilize at a high level. In this case, compensating for the loss of purchasing power with social assistance and wage increases is justified.

But the risk is to enter an inflationary spiral that is difficult to break, as in the 1970s, when rising prices justify wage increases, which in turn fuel soaring prices, etc. The aftermath of the pandemic promises to be difficult.

Real estate: Dublin has turned into an overpriced city

On one side of the canal, the Irish headquarters of Meta, Facebook’s parent company, showcases its sharp-edged glass walls and exposed pipes. On the other, a large Google logo proudly announces the tenant of the premises. Between the two, in front of a few trendy cafes and restaurants, young, trendy, multilingual people parade with their computers under their arms.

You have 87.39% of this article left to read. The following is for subscribers only.