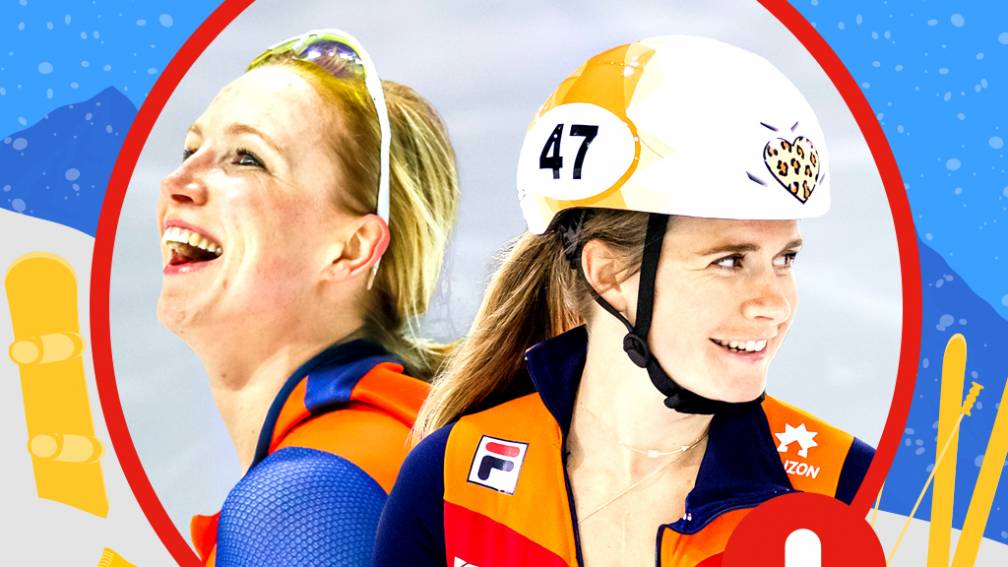 One became an Olympic champion in the three kilometers four years ago, the other was the first Dutch woman to win an individual Olympic medal on the short track track: Carlijn Achtereekte and Yara van Kerkhof.

Although they practice different skating disciplines, you can hear the same themes in their careers in the NOS Olympic podcast. It’s about believing in yourself, standing up for yourself, overcoming mental barriers and coping with death.

Achtereekte enjoyed her golden race during those weeks in Pyeongchang and now looks back with a smile on how she knocked on the door of Jac Orie’s team the year before her greatest success.

“I found it very exciting to call him. I did not dare to approach him at the track. He does have a certain attitude. But I thought: you are going to call him now. Only every time he did not answer, so I was for nothing nervous. I was finally on the bike when he called back. After some tests, he finally called back pretty quickly: that he wanted to do it.”

And so Achtereekte suddenly became part of the largest skating team in the world. It turned out to be a winning match in Pyeongchang, although not everything was easy.

“It’s a certain culture you have to be in. I think I didn’t have the guts and confidence to survive in that before. Sven Kramer still jokes about my race in Pyeongchang: ‘Carlijn accidentally tripped on the podium “It sounds degrading to me. I know he means it funny. You have to be able to handle that.”

Van Kerkhof: “With my medal in Pyeongchang I show the future generation: it is possible, you can win a medal as a Dutch woman in short track! I am most proud of that. Because of everything I have experienced, putting things into perspective is something easier. Actually, that is not good at all as a top athlete. Now it has to be done, then it is nice that it works.”

The success in South Korea was preceded by a very difficult period for Van Kerkhof, which would also last for months after the Games. She was diagnosed with abnormal blood values ​​that could indicate the use of banned substances. A long legal battle ensued to prove her innocence. That eventually worked.

Van Kerkhof: “Now I think: how could I have done all those lawsuits? I tried to get strength out of it. I thought: adversity happens to me to make me stronger. I will need it to perform at the Games later .”

“Of course I was in sackcloth in the beginning. My coach Jeroen Otter said: ‘It doesn’t help you to feel that way, it only helps you.’ He was right. As a top athlete it has been good for me. Every match has been a motivation for me to do well.”

Also Achtereekte often fought a fight after her titles. And especially with the pressure that comes with that title. “I experienced it as heavier than I had thought. With every race where I was at the start, that speaker came back. I really thought: stop talking about it. Of course it is very beautiful, but it caused a lack of relaxation. I still suffer from that to this day. Quite often, yes.”

She watched the Special Forces VIPs program on TV and recognized herself in something being said there. “One of those commanders said: do you want to win or do you not want to fail? Especially that second sentence. It just came in. I thought: I am often at the start that way. Part of that character is, but since my Olympic title has been it got a lot worse.”

“Jac sometimes says: ‘If it doesn’t work out, do you have to go to jail? Or do you get community service?’ That puts things into perspective, but get your own fantasies under control.”

Van Kerkhof and the rest of the Pyeongchang short track team also experienced a lot off the track. Suzanne Schulting’s gold medal made the sport mature in one fell swoop. But there was also the accident of Sjinkie Knegt, who suffered burns over a large part of his body, and of course the death of Lara van Ruijven.

Van Kerkhof: “They are life lessons, yes. Now, a year and a half later, I have given that a place. And I often think of her in a positive way. When we experience something nice, I think: Oh, Lara had this We also remember her in a beautiful way. That gold was a dream of hers. Because of that heart on the suit, and the memory in our head, she is also there.”

Dutch mountain king in the Giro for the first time