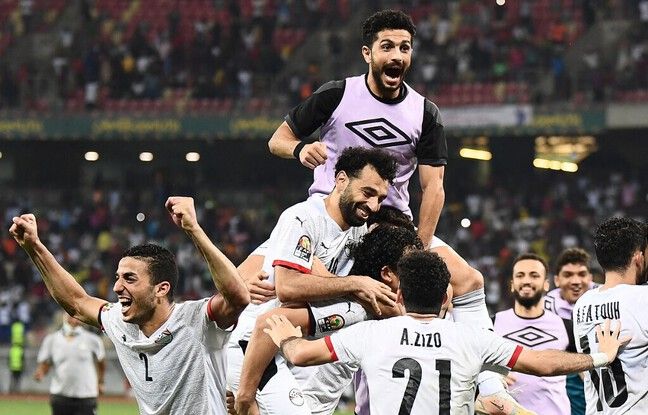 Egypt beat Côte d’Ivoire (0-0, 5 pens to 4) for the ninth time out of ten at the African Cup, Wednesday in Douala, the excellent Mohamed Salah transforming the shot on goal which sends his team to a quarter-final against Morocco. Curse! For the third time out of three the “Elephants” have lost a penalty shootout against Egypt, after the 2006 final and the quarter-final in 1998.

The story was meant to end with a substitute goalkeeper hero. Either Mohamed Abou Gabal dit Gabaski, who replaced Mohamed El Shenawy in the 88th minute, injured, or Badra Ali Sangaré, established at the start of the tournament after the suspension of Sylvain Gbohouo for a doping control. The Egyptian Gabaski picked up Eric Bailly’s too soft shot, and Salah was able to convert the tenth “peno”, after a spectacular meeting, with match points on both sides.

[🎥 RESUME VIDEO] 🏆 #CAN2021
🇨🇮🇪🇬 We had to wait for the penalty shootout to see Ivory Coast and Egypt decide!
👏 It’s the Pharaohs who finally win 5-4 in this session and go to the quarter-finals!https://t.co/K5452Dz2pQ

Both teams looked for the knockout before the fateful session

Despite the absence of a goal, the two teams put on an exciting spectacle for the penultimate match on the damaged lawn of the Japoma stadium. CAF announced during the match that two matches of this stadium were moved to Amadou-Ahidjo, in Yaoundé. It is not sure that the pitch should be blamed for this, but several players were injured during this match.

Côte d’Ivoire lost their leader Franck Kessié, even before half an hour of play, replaced by “the old” Serey Dié (30th). On the Egyptian side, midfielder Hamdy Faty came out in the 84th and goalkeeper Mohamed El Shenawy in the 88th, replaced by Gabaski.

Despite this lawn, the players offered many actions, a strike from Omar Marmoush on the crossbar (17th) then one from Salah under the bar, boxed by Sangaré (21st). The Elephants took the lead and in turn proved dangerous and created several chances, including this header from Sébastien Haller picked under the bar by Mohamed El-Shenawy (70th). In overtime, the two teams continued to seek the knockout, with a huge opportunity each, for Ahmed Sayed “Zizo” (98th) and for Ibrahima Sangaré (104th).