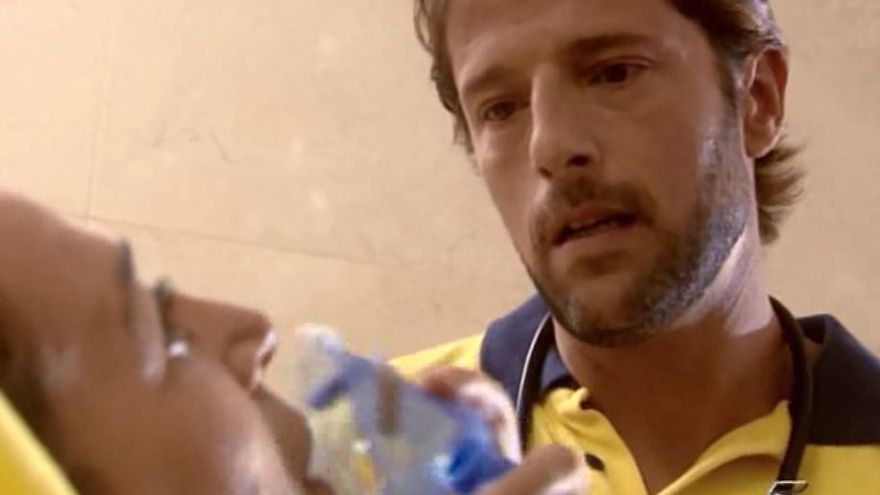 The actor and singer Arturo Arribas, known above all for his participation in television series such as Hospital Central Y Afterclass, died last morning when his house caught fire in the Madrid district of Tetuán. The National Police is investigating the causes of the incident that, in principle, according to police sources, seems fortuitous, since the agents have not seen anything unusual on the floor, waiting for the scene to cool down to continue the inspection.

Emergencies Madrid reported last night of a fire with a deceased in a house at number 22 of San Raimundo street, in the Bellas Vistas neighborhood of the Tetuán district. Several citizens, according to an Emergencies spokeswoman, alerted shortly before seven in the afternoon that there was smoke on the roof of the building, a two-story corrala-type building with several homes. After the arrival of the first crew of firefighters, they believed that it was indeed a fire on the deck, from which a light column of smoke was coming out. But there “there was no flame, so they came to think it was a framework fire” and they went to “check house by house.”

The focus of the fire was in the third house where the firefighters entered, after forcing the lock by the police. The agents “could not access due to the amount of smoke there was” and two dogs came out of the house in terror, police sources say. The firefighters, continues Emergencies, found the origin of the flames in “the room, which was flooded with smoke and where there was very low visibility.” A person was lying on the floor of the room, near the flames. He was in cardiorespiratory arrest due to smoke inhalation. Although the fire was “small in size”, with “a focus of approximately two square meters”, it generated very toxic smoke because it came from wiring and plastic, details the Emergency spokeswoman.

The Samur teams tried to revive the man for 30 minutes without success and confirmed the death, while the National Police helped several neighbors to get out of their homes and firefighters extinguished the fire. The flames only affected the living room of the small house. In the apartment, in addition to the dogs, there were other pets, a rabbit and several birds, which were rescued.

With the arrival of the judge to remove the body, the agents confirmed that the deceased was Arturo Arribas, 56, who lived in the affected house, sources from the investigation confirmed this morning. Born in Madrid on October 26, 1965, Arribas trained as a theater actor and took part in various stage productions until he made his debut in 1992 on the big screen with An umbrella for threeby Philip Vega.

But his success came from the hand of television, where he participated in several popular series such as Afterclass (1998) or Personal motives. The role that made him best known was that of Lucas, a health worker from Samur, in Hospital Central (2001), where he appeared in more than 150 episodes. He also acted in movies like Mutant Action, by Álex de la Iglesia, or Munich (2005), by Steven Spielberg. And he continued to work on the scenarios in parallel.

On his Twitter account, the Spanish Theater mourns the death and remember that he participated in assemblies like the trojans, Truffle, winter under the table The bikes are for summer. colleagues as actress Silvia Marso They have also remembered him on the same social network, where he has written: “I am very sorry for the loss of our dear colleague Arturo Arribas DEP.” The Union of Actors and Actresses expresses his “sincere condolences to the family and friends of the actor.” his last performance It was a concert last January 15 in the Ronda Madrid space.

Teatro Español and Naves del Español in Matadero mourn the death of Arturo Arribas, actor and singer who worked on productions such as Las troyanas, Tartufo, The winter under the table
o Bicycles are for summer. Our sincerest condolences to his family and friends. D.E.P pic.twitter.com/UkMisB2Tp7