A cable car to link the Pas-de-Calais to the Lille metropolis? 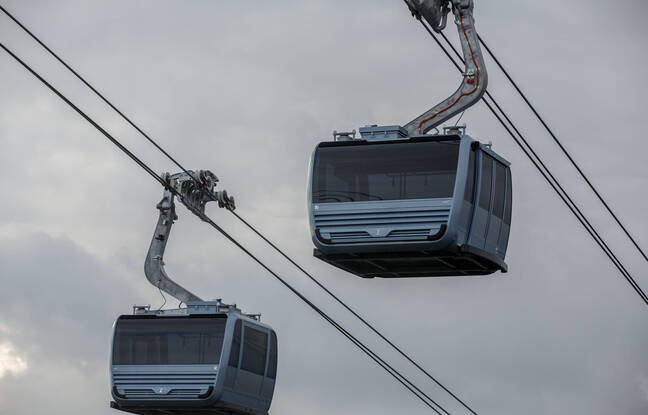 What if by 2030, a cable car linked Pas-de-Calais to the Lille metropolis? Far from being a utopia, this project is currently the subject of a study commissioned by the elected representatives of six Pas-de-Calais urban communities (Béthune-Bruay, Artois-Lys-Romane, Flandre-Lys, Pays of Saint-Omer, Pays de Lumbres and inner Flanders). The idea was born from a simple observation: the daily saturation of the roads in the direction of the metropolis

“We were alerted to the attractiveness of our peri-urban areas because of the difficulties in moving between home and work to the Lille metropolis with regard to the volumes and durations that this provides. You should know that 80% of people who live in our territories and go to work in Lille do so by car,” asserts Olivier Gacquerre, mayor of Béthune and president of the urban community of Béthune-Bruay.

With such trips, the roads are quickly saturated and the traffic jams accumulate every day to go and come back from the Lille metropolis. For example, 12,000 people leave the agglomeration of Béthune-Bruay by car every day to reach the capital of Flanders.

The problem is not new and reflections have been initiated by the State and the regions for several years to open up this type of territory. In Hauts-de-France, we are thus considering doubling the frequency on the rail networks to allow more people to make the connection more quickly. . The metropolitan express service of the Lille railway star should thus see the light of day by 2035-2040. A horizon too distant and too classic for six communities of agglo Pas-de-Calais who are therefore considering the alternative of the cable car.

The cable car is cheaper and greener

“Why do we only think about rail if it’s far away and if it’s expensive? These aspects should not be dismissed, but it is also good to think about whether there are other means of transport as part of a complementarity to improve travel outside the MEL. ​, continues Olivier Gacquerre who insists on the economic and ecological gain of the cable car.

If nothing has been decided yet, elected officials are considering a large cable car capable of linking Lille to Merville where people could drop off their cars before getting into the cabins. It remains to be seen whether this project is feasible over a distance of around 40 kilometres. If urban cable cars are beginning to see the light of day in France (Brest, Toulouse) or are under consideration (Lyon, Bordeaux, Lille-Fives, etc.), they are located over distances that are often less than 15 km.

Response on the feasibility of the project in June

Other unknowns still need to be resolved, such as the speed, the number of people to put in each cabin, the frequency, or even the aesthetics… In short, nothing has been done yet, far from it. Before launching anything, elected officials are waiting for the results of the study they commissioned by June.

“If there is a prospect, we dig. If, on the contrary, we are told that it is better to reinforce the railway line, then we will give up. We may be told that we were crazy, but at least we tried, ”concludes Gacquerre. History will quickly tell if the elected officials of Pas-de-Calais are sweet dreamers or formidable precursors.