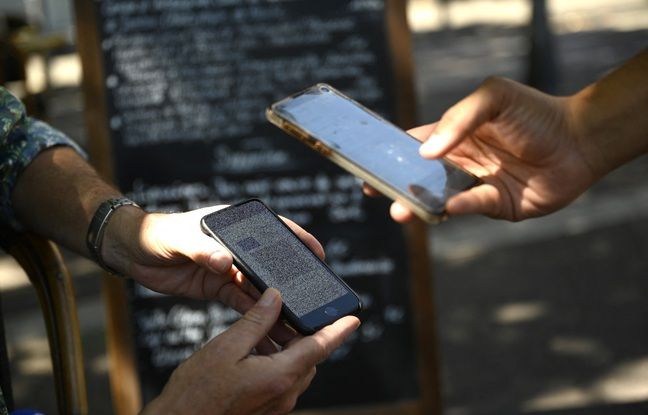 Thirteen people suspected of participating in a network of forgers which established more than 60,000 falsified health passes were arrested on Tuesday and Wednesday in the Lyon and Paris regions, we learned from concordant sources.

The investigation started from the report of the Order of Nurses of the Loire and a doctor from the Primary Health Insurance Fund, relating to thousands of health passes drawn up in the name of a nurse from the Angers region. (Maine-et-Loire), which had never carried out anti-Covid vaccinations, indicated a judicial source, confirming information revealed by Le Monde.

Realizing that his professional account had been hacked, the nurse filed a complaint in Angers. The investigations, entrusted to the Angers judicial police, focused on the Lyon region, leading to referral to the specialized interregional jurisdiction of Lyon. The investigation concerns acts of fraud in an organized gang, aggravated money laundering, attack on an automated personal data processing system in an organized gang. Eight suspects were arrested on Wednesday morning in the Lyon region.

Other cases of professional accounts of hacked doctors motivated the opening of another judicial investigation in Paris, entrusted to the gendarmes of the Poitiers research section and the cyber investigation unit of the gendarmerie. Five other people were arrested in the Paris region, according to the judicial source. Two suspects appear in both investigations.

Three of these five suspects are suspected of being computer hackers, the gendarmerie said in a press release, estimating the total number of false health passes created at more than 62,000.

Aged between 22 and 29, these three suspects allegedly usurped the digital identities of 35 doctors spread across the national territory to generate these fraudulent vaccination certificates then resold directly to their beneficiaries or for the benefit of accomplices acting as resellers, she explains.