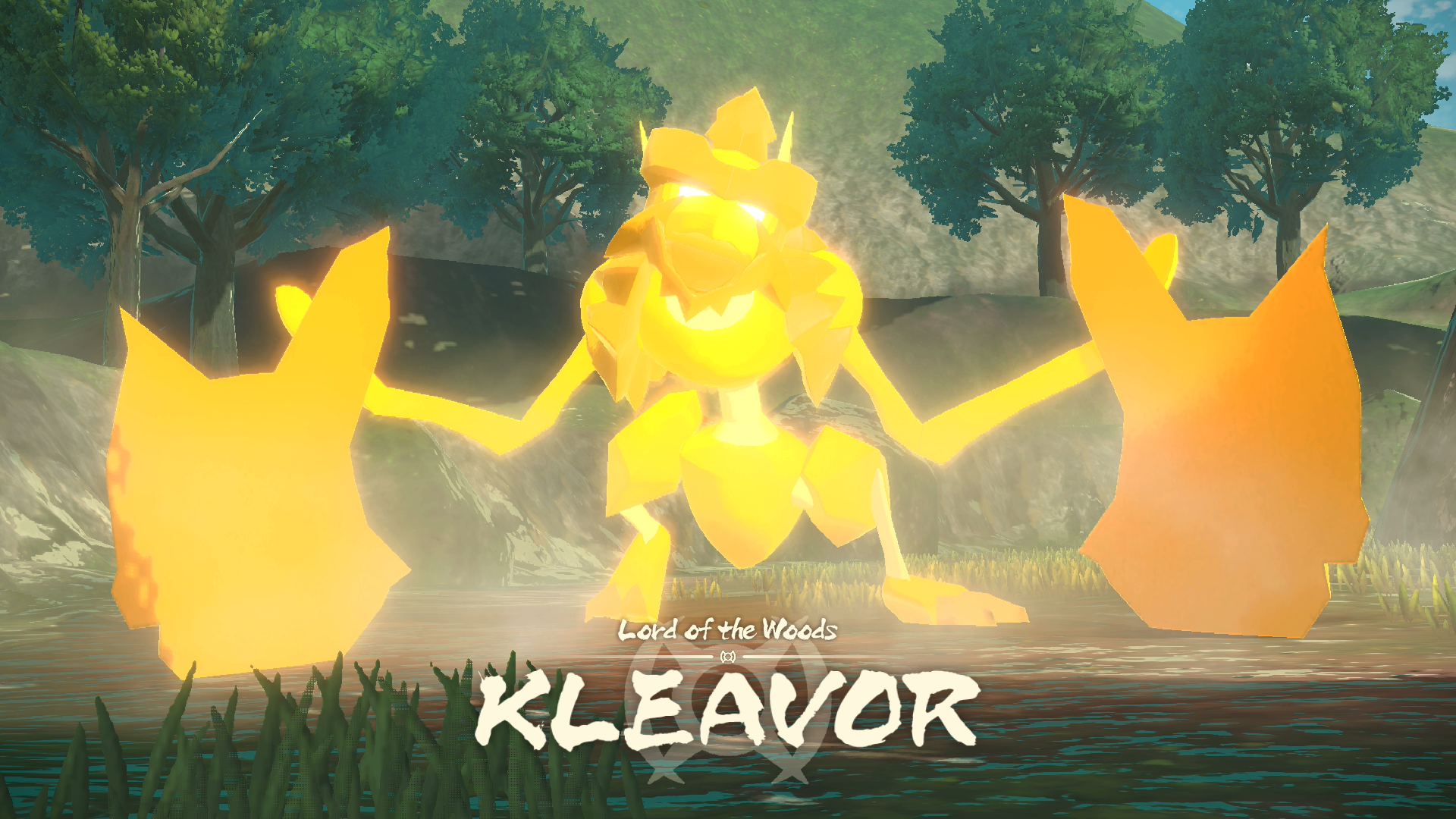 For all the innovation Nintendo is known for, their Pokémon games are kind of corny. Genres and systems have been played around in various spin-offs, but the main series has seen little more than a marginal modernization in nearly 30 years. And Red and Blue weren’t exactly progressive for their time. With Pokémon Legends, Nintendo hopes to finally deliver the grand, open world game that generations of Pokémon fans have been begging for for decades. Unfortunately, it cannot possibly live up to all those expectations. And due to limited production values, few of the changes are as grandiose as they could have been. Still, the final product is highly entertaining and brings a breath of fresh air that this entrenched franchise could have used at least 20 years earlier.

A breath of fresh air

Pokémon Legends is not like other Pokémon games. For starters, it’s not set in the familiar sci-fi world from the main series, but in its distant, feudal past. Your trainer is introduced to the Galaxy Team, a group of elite scouts mapping the pokémon of ancient Sinnoh. Times are clearly different: Pokemon are not yet the docile companions of the modern world. They are captured, but most people feel fear and awe in the creatures rather than friendship. Small pokémon are vermin, medium size are a danger, and anything bigger than a dog is deified. Now it’s also true that a mysterious phenomenon is sending the most idolized pokémon on a run. It’s up to you to tame these noble creatures, all the while creating the very first Pokédex.

The story sounds a bit bigger than that of the average Pokémon game. In a way that is also true: after all, there is immediately more at stake and Legends has a lot of interesting plot twists to say the least. Still, don’t expect too much from the story. You’ll meet some colorful characters again, prove yourself in different places, and finally save the world from a legendary pokémon. Despite asking and answering some big questions about Pokémon history, the plot itself remains quite superficial. As in any previous installment, the bottom line is that friendship wins – forgetting for a moment that you break the friends in question here first, enslave them, and then let them fight each other.

Where Legends takes the biggest strides is in the way you interact with the world. Unlike previous Pokémon games, you are free to come and go as you please. At least, there is no open world, but outside the village that acts as the hub there are a handful of loose, open areas in which to run, swim and fly. You can immediately try to catch all the wild pokémon that roam around here. You can also summon your own Pokemon at any time to collect materials, initiate a battle with a wild Pokemon, or simply say hello.

It may sound crazy, but throwing items plays a more important role in Legends than making your pokémon fight. After all, peacefully catching wild Pokemon is faster and yields more resources than defeating them. You always need materials to craft new stuff from, and you will also have to throw Pokéballs for that. I’m not exaggerating when I say that at least three quarters of your playing time is running around and throwing things.

So it’s a good thing it’s extremely satisfying to move through the world of Legends like this. Collecting materials goes very smoothly: you don’t even have to stand still. The catching of Pokémon is also fluid and is deepened by all kinds of clever systems (which unfortunately you can largely ignore). You can walk right up to one pokémon. The other is shy or aggressive, so you can only get close to them hidden in tall grass. But you can also lure them with food, or adjust the type of poke ball you use to the situation. For example, you throw one ball with a smaller arc but with a higher chance of success, where the other has an enormous range. Will you be spotted by a wild pokémon or will your capture attempt fail? Then it can turn into a fight.

The battles in Legends: Arceus

So the turn-based fights are basically a punishment – and that’s how they sometimes feel. On the one hand, confrontations in Legends are more challenging than in previous games. You can still easily take out an enemy of the same level with a single ‘super effective’ attack – but enemies now regularly do that to you. Whoever wins: almost every fight is over in one or two attacks. You can also see that in the moves that your Pokémon can learn. The number of status moves has been scaled back massively in exchange for a greater focus on direct damage. That keeps the momentum going.

Choosing to use the faster, weaker ‘agile’ or slower, stronger ‘heavy’ versions of your moves offers a lot less strategic options than you might hope.

On the other hand, it means that there is very little strategy involved. You win or lose depending on which element Pokémon you have with you at the time. Losing has hardly any consequences, but it’s still frustrating when you bump into an enemy trainer, have no idea what kind of Pokémon they’re carrying, and they kill your Pokémon one by one. Let alone if that trainer suddenly uses three Pokémon at once, and you can only use one. Also the choice to use the faster, weaker ‘agile’ or slower, stronger ‘heavy’ versions of your moves offers a lot less strategic options than you would hope.

The boss fights are even more superficial if possible. These all follow the same principle: you repeatedly throw scent balls at them until they calm down. Meanwhile, dodge an attack here and there. You can bet your Pokémon at certain points, but you can also leave that. In my experience, it was even more effective to keep my Pokémon in their balls. So the boss fights are not very exciting, and only the last boss brings some challenge. But hey, it’s not a big part of the game and it’s fine for a change.

All of this may not sound very positive – and there’s certainly more that Game Freak could have done in terms of finishing. The game doesn’t look very nice, although the areas fortunately never feel as bare as they look due to clever checkpoints. Some areas – including the constantly growing hub village – even seem quite lively.

The opposite is true for the Pokemon itself. For a game that focuses so much on documenting Pokemon from a narrative point of view, I expected to see something of their ecology. Instead, the pokémon just limp around. They do that in logical places and appropriate times, but that doesn’t mean they hang out until you come and catch them. The only action a Pokemon has besides patrolling is sleeping. You would think that if filling a pokédex is one of your main activities, you would actually be able to observe something about the pokémon, but alas.

Still, Legends has something special. Where I bored out of the last few main games after the first gym, Legends kept me playing with ease. That’s partly due to the smooth playing style and relatively short duration (I got through it in less than 20 hours). More importantly, though, exploring open areas and focusing on collecting as many Pokemon as possible captures the series’ magic better than the now 26-year-old formula can. Ultimately, the tagline is “Gotta Catch ’em All,” and Legends may be the first game where that idea actually gets me excited. Pokémon Legends Arceus is certainly not perfect, and almost every idea it suggests could and should have been better fleshed out. But if this is where Pokemon is going, then I’m a fan again.