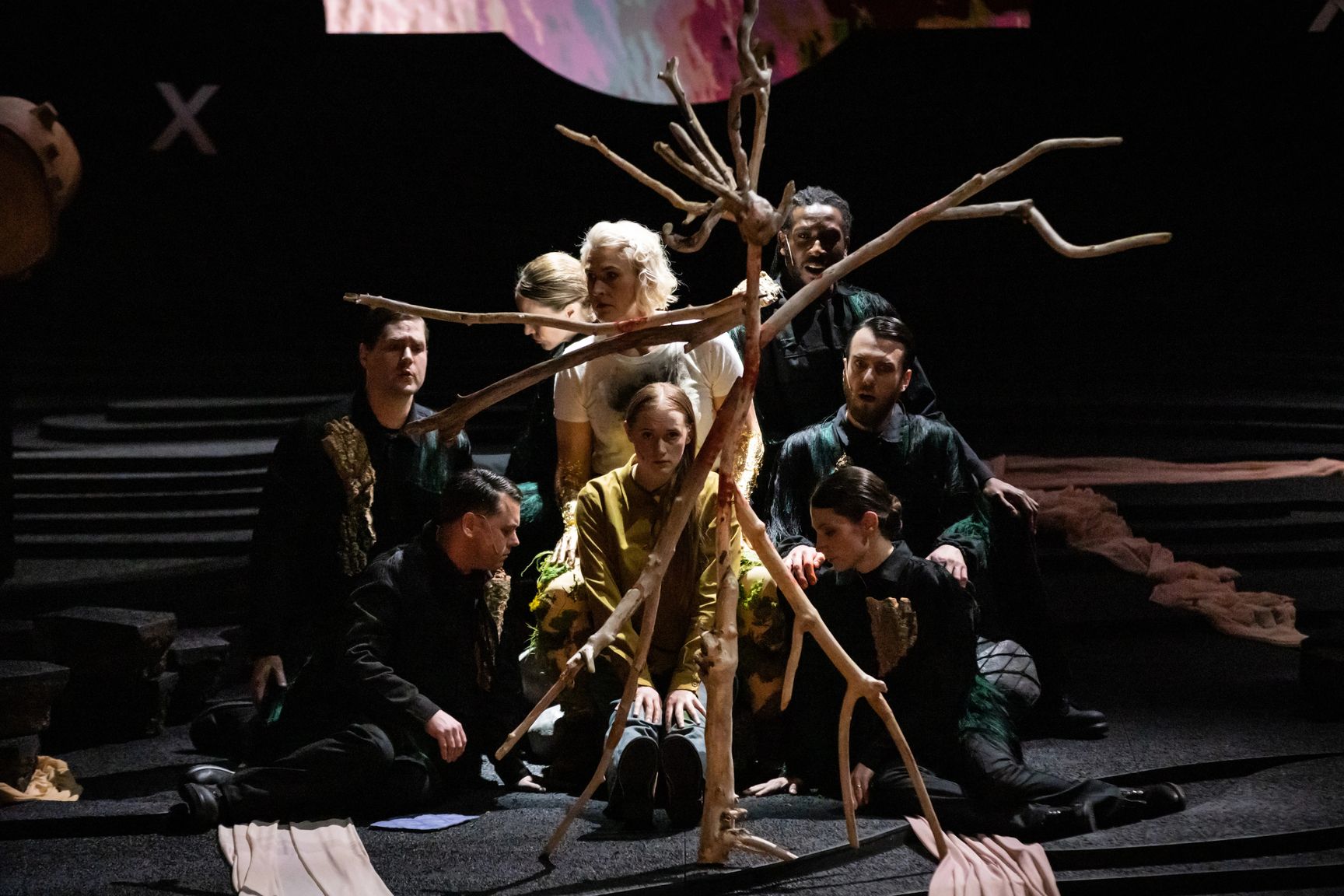 A decade after the creation of The Metamorphosis by Michael Levinas after Franz Kafka, the Lille Opera plunges again into metempsychosis, this time according to the ancient Ovid. Here is Like Flesh (“Comme de la flesh”) on an English libretto by Cordelia Lynn and set to music by Sivan Eldar. Directed by Silva Costa, this chamber opera in co-production (1) is carried by women. The only exception is conductor Maxime Pascal, the remarkable – and faithful to the Lille Opera – director of Le Balcon, this emblematic ensemble of mixed music mixing acoustic and “live” electronics.

The public discovers today an updated Ovid since it is a question of dislocation of the relations woman-man in the yardstick of global warming.

The Israeli composer Sivan Eldar (born in 1985), pianist and singer by training, signs her first opera here. The artist was a student of the French Franck Bedrossian at the University of Berkeley in California, followed the Ircam course with the Catalan Hèctor Parra before being in residence there in 2018 to work with the computer director musical Augustin Muller, closely associated with the genesis of Like Flesh.

Collaborating indiscriminately with musicians of all origins and artists from the theatre, dance and visual arts, since 2019 she has been directing the workshops for the creation of “emerging” operas at the Opéra-Orchestre de Montpellier. For Like Flesh, she teamed up for the fourth time with the British playwright Cordelia Lynn (born in 1989), who forged an astonishing text for her whose central character is a woman prisoner of her marriage to a lumberjack. Upset by the destruction of the forest, she begins an affair with a student hosted by the couple. According to Ovidian codes, the young girl metamorphoses it into a tree… An experience that opens the doors to freedom until the student, in a search for fusion, bruises it by engraving two hearts on its trunk.

Ircam’s “live” electronics make a continuous sound heard in the extreme bass of the sound spectrum which generates a threatening atmosphere penetrating the bodies, while thirteen acoustic instruments instill a little light within a liquid and enveloping. The three main characters are joined by six singers who portray a very embodied forest. This choral part is particularly elaborate, to the point of constituting the most inventive element of the work, the trio of soloists (Helena Rasker, William Dazeley, Juliette Allen) remaining systematically in the sung recitative.

Keeping the set constantly in darkness, Silvia Costa’s staging proves to be more plastic than illustrative of a very well-sung and very well-acted work by Le Balcon, directed with panache by Maxime Pascal.