In Rennes, secrets hung in public… Before being burned

The imposing wooden installation is intriguing. It also attracts the curious, who approach in large numbers to observe the small messages hung on the pine boards erected in the shape of letters: SECRETS Left by anonymous people, these little bits of paper contain what some have hidden for days, months, years, or even a lifetime. Heavy buried secrets, funny confessions or simple love confidences… Since this Wednesday, the Place du Parlement in Rennes has become the most important place of confession in the Breton capital. under the impetus of Nightfall. Imagined by the Swiss artist Dan Archer, this ephemeral installation aims to collect the secrets of the inhabitants and visitors of the city. On Sunday, the seven imposing wooden letters will be burned in public in the square. And all messages will disappear forever.

This work was born eight years ago in the mind of the Swiss artist, who had already been spotted last summer with his “Boréalis” project recreating an aurora borealis in the sky of Rennes. “It’s a project that is very dear to me because we are working on something very deep, personal, but we put it in common, we share it as a community. We don’t know if people will dare to confide. You have to create the right atmosphere, the right context,” explains Dan Acher. The artist spent all day Wednesday observing the comings and goings of passers-by, curious to see this installation bloom in a few days. “I often pass here, I had seen what was being prepared”, explains Chmichma. “I like to express myself in writing. I wanted to share it but I don’t want anyone to know that it was me who wrote it. She describes her message as “not phew” but we feel that it is close to her heart. 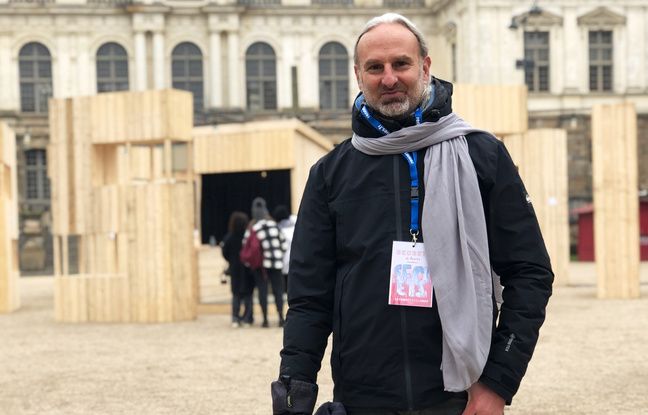 On the Place du Parlement in Rennes, the work SECRETS by the artist Dan Acher attracts many curious people who approach to read the messages left by the inhabitants. – C. Allain / 20 Minutes

To write her secret, the young woman slipped into the voting booth for a few minutes, before inserting it into the mailbox. It is the Tombées de la nuit teams who will come and collect it to display it. Others prefer to hang them themselves, breaking the anonymity for a moment. Some secret-defense messages can even be slipped into a black ballot box which will remain sealed. “The secret is a very intimate notion. Some will think if they really have it, if they want to write it, ”explains Dan Acher.

“Gossip is talking about others”

Isn’t there a risk in falling into gossip, voyeurism, by displaying them like this? “Gossip is talking about others. There, everyone speaks for himself. Among the first messages displayed, we find declarations of love, a childhood secret or even the sadness of someone who has left. 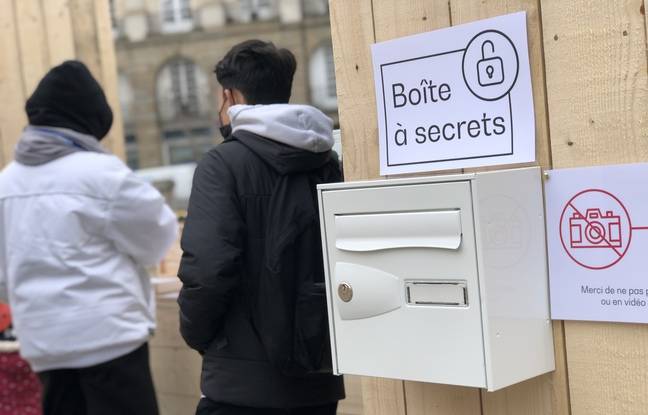 On the Place du Parlement in Rennes, the work SECRETS by Dan Acher attracts many curious people who approach to read the messages left by the inhabitants. – C. Allain / 20 Minutes

From 5.30 p.m. on Sunday, the seven wooden letters and all the messages stuck to them will be burned in the middle of Parliament Square in full view of the public. A huge bonfire that risks recalling the dark past of the majestic building, ravaged by flames in 1994. “It is this common experience that pleases me. I like to remember that we all belong to a large community. The more the messages will flow, the more the mood of the city will shine through. This work, it will circulate in the world afterwards. But we will never have the same result if we are in Rennes, Belfast, Sarajevo or Mexico City”. Except that Rennes will forever remain the first time. Not always the best. But the one we will remember.