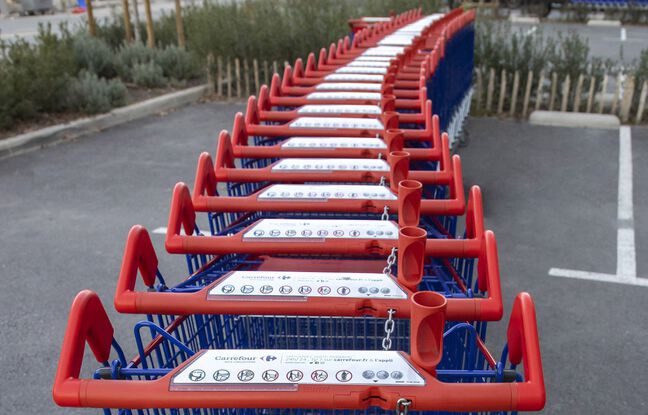 The State has decided to come to Caddy’s bedside. The Alsatian company, in receivership, will receive an exceptional public loan “of several hundred thousand euros” in order in particular to “cover the salaries” of the 140 employees during the observation period, we learned on Tuesday from Bercy and union sources.

During a situation update with the trade unions and the Grand-Est Region, “we announced on the side of the State exceptional support” of “several hundred thousand euros” in the form of a loan paid “in the very next few days”, we indicated to the Ministry of the Economy, without specifying the amount of the loan. According to the CFTC secretary of the Social and Economic Committee (CSE) of Caddy, Luc Strohmenger, it is a loan of “400,000 euros” granted “half” by the State and by the Region.

“It’s a big relief, it makes it possible to pay January wages and continue production,” said the trade unionist. According to him, the Caddy unions were received by an adviser from the Elysee Palace during Emmanuel Macron’s visit to Strasbourg last Wednesday. “We asked for help because, given the little money available, we could not have held the observation period,” explained Luc Strohmenger.

“The idea is that the company can pay the minimum expenses”: salaries, electricity bills, gas …, we said to the ministry, welcoming the “spirit of responsibility” of the employees in a “very tense situation”.

A reprieve until February 22

Based in Dettwiller in the Bas-Rhin, Caddy, whose name has become the symbol of supermarket trolleys, was placed on January 5 in receivership by the commercial chamber of the Saverne court, which left until February 22 to the company to find a buyer. “There are great difficulties today in paying the bills, given the conditions of the bankruptcy filing, the cash flow was extremely low”, we added to Bercy, who works “in conjunction with the agency regional development” to find a buyer.

According to Luc Strohmenger, no firm offer has yet been submitted but the site is the subject of many visits. “There is strong support from the state in this file”, we insisted with Bercy, recalling that Caddy had benefited in March 2021 from a “subsidized loan from the State (…) of 4 million euros”.