In Bordeaux, experts at the bedside of child victims of violence 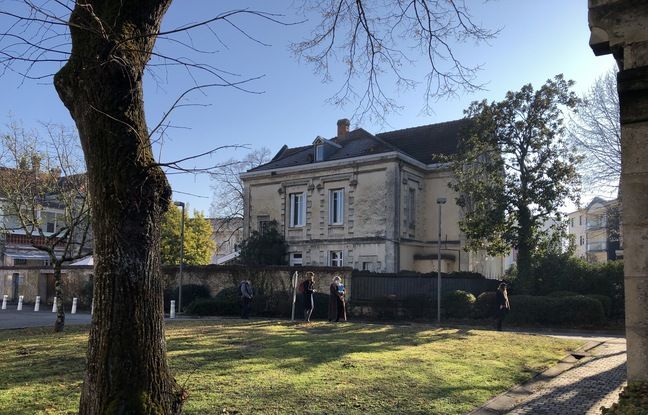 “We are a team without a blouse installed in warm premises”, underlines Chantal Bergey, psychiatrist and head of the regional psychotrauma center, opened in early 2020 within the Charles Perrens hospital, in Bordeaux. Since the summer, the center has been following 33 minor patients, marked by traumatic events (sexual, physical violence, etc.) and referred by general practitioners, psychiatrists and victim support associations. Adrien Taquet, Secretary of State for Children, came to visit this regional center on Wednesday (the second in New Aquitaine) which is one of the fifteen structures opened in France to “mesh the territory”.

“Post-traumatic stress requires very individualized, very specialized care”, points out Séverine Blot, child psychiatrist at the Bordeaux center. She welcomes the fact that we are beginning to consider children who witness domestic violence as victims, even if they have not suffered direct violence. “We welcome exposed children but who have the same symptoms as those physically abused, supports Pierre Suquet Psychologist at the regional center. I think of a little boy who is in a state of distress and shows post-traumatic characteristics because his mother was a victim”. One of the objectives of this type of center is to take care of these children as soon as possible and in an appropriate manner to mitigate the consequences on their future life. A representative of the En Parler association, which helps victims of sexual violence, is also part of the team.

A specialist in adolescents, Pierre Suquet also highlights the difficulties of diagnosis at this particular age of life. “There are clinical manifestations of post-traumatic stress disorder that can be confused with teenage crisis. Having nightmares for a child is very common and is part of normal development, but it can also sign the presence of post-traumatic stress disorder, he explains. Smoking cannabis can have an experimental side for some teenagers, for others it is an attempt to calm down precisely because there is a return of memories linked to the psychotrauma”.

The center’s team is trained in several methods, including EMDR (eye movement desensitization and reprocessing) and CBT (cognitive-behavioral therapy), and is also developing a bodily approach, in particular with the help of an osteopath. “Stress will lead to positions of confinement which can lead to thoracic and abdominal tensions, with digestive pain for example or asthma”, explains Héloïse Dupuy, the osteopath who receives, once a month, certain patients referred by psychologists and psychiatrists.

“These are not the only professionals at the center who will take care of the thousands of child victims of sexual violence,” remarks Adrien Taquet. Hence the imperative to train all health professionals in a territory, New Aquitaine in this case”. The centre, which aims to be a center of expertise, has already trained 1,100 professionals on psycho-traumas and has received numerous requests. Beyond health professionals, the training also targets education staff, social workers, etc.

Chantal Bergey will also join a national working group so that a structured protocol is put in place to support children whose mothers have been victims of feminicide. “In Seine Saint Denis, children are sheltered in a pediatric service, with child psychiatrists and volunteers, for the duration of a social investigation”, she points out.