It is no secret that crises always knock down the most vulnerable. In countries in conflict, it is the children. For them, 2021 has been a “very difficult” year, according to Unicef, who warns that violations of their most basic rights have increased. “They have been victims of unspeakable horrors,” read in the report published at the end of December. Even without the exact figures, the organization assures that for “thousands and thousands” of minors, covid-19 has been just one more element on a list that is too long. Hunger, sexual abuse, violence and recruitment have been accompanying the little ones for years in prolonged and new crises.

Although data for 2021 is not yet available, in 2020 the UN verified 26,425 serious violations against boys and girls. In the first three months of the following year, there was a slight decrease in the total number of serious violations verified; however, cases of kidnapping and sexual violence continued to increase at “alarming” rates, by more than 50% and 10%, respectively, compared to the previous first quarter. Afghanistan has the highest number of child victims since 2005, with more than 28,500; 27% globally. And the Middle East and North Africa region has the highest number of attacks on schools and hospitals, with 22 attacks in the first half of the year alone.

“Year after year, the parties to the conflict continue to show appalling disregard for the rights and well-being of children,” Unicef ​​Executive Director Henrietta Fore said in a statement. “They are suffering and they are dying because of this callousness. Everything must be done to keep them safe from harm,” he added. But it’s not like that. Fewer than half of the world’s parties to conflict have committed to protecting children, according to a tally by the organization. In fact, funding for child protection in the world’s worst crises fell from 42% of the amount required in 2019 to 24% in 2020, according to an investigation published last week by a coalition of organizations such as UNHCR and Save the Children.

Kidnappings were highest in Somalia, the Democratic Republic of the Congo (DRC), and the Lake Chad Basin countries (Chad, Nigeria, Cameroon, and Niger). Cases of sexual violence were highest in the Democratic Republic of the Congo, Somalia and the Central African Republic (CAR). Willy Zihalirwa Nalwage, UNICEF’s child protection field officer, works in the latter country, and he is blunt: “It’s one of the worst places to be a child. They are half of the figures of forcibly displaced people and it is estimated that around 944,000 will need social protection in 2022, 12% more than last year”.

CAR has the highest mortality rate (29.8 per 1,000 population) and the second highest neonatal mortality rate (39.7 per 1,000 live births). Recurring violence, weak medical services and difficult access to humanitarian aid are behind the 2.8 million people in social exclusion. The population of the African country does not reach five million.

“Although some choose to join armed groups for their own safety or even revenge, family misery and limited access to education are often cited as key factors in recruitment and use by armed groups in the Central African Republic. ”, regrets Zihalirwa. This continues to be one of the most recurrent violations of their rights, since it represented 74% of all serious incidents documented by the United Nations between July 2019 and June 2021. For the expert, girls (30% of these statistics) face an even more critical situation: “More than half of the girls recruited are sexually exploited by commanders or forced into child marriage.” 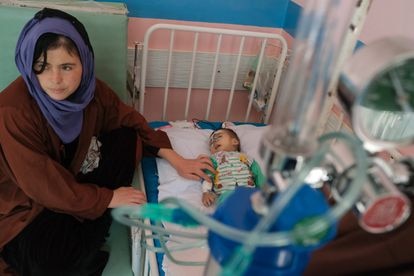 Yemen is another of the countries of greatest concern. There, 10,000 children have been killed or maimed since the fighting intensified in March 2015. That’s four children a day. For those who survive, getting some food into their mouths is also a daily battle. Najwa Al-Dheeb, nutrition specialist for Unicef ​​in the field laments the critical situation: “All the ills of Yemen – the widespread displacement, unemployment, restrictions on imports and currency depreciation caused by the intensified and prolonged war… – also determine the nutritional outcome of the population”. Thus, hunger is one of the greatest condemnations and child malnutrition a constant: “The menu of thousands of children we serve is candies and bread or rice. The food does not arrive or the families cannot pay for it.”

“We are in a countdown to catastrophe in Yemen,” warned David Beasley, executive director of the World Food Program, at a UN conference in mid-November. Just over a year later, according to the Global Food Insecurity Classification (IPC), 54% of its population is acutely food insecure. Five million Yemenis live in emergency conditions and 47,000 people in disaster situations.

The menu of thousands of children we serve is sweets and bread or rice. Food does not arrive or families cannot pay for it

“Extreme food shortages, common childhood illnesses such as diarrhea and pneumonia, or both, can lead to acute malnutrition or wasting, which quickly leads to death if left untreated,” the Yemen expert said via email. electronic. Growth retardation in the first years of life also implies a loss of 0.7 grades in schooling and a reduction of between 22 and 45% in earnings throughout life. “We have to take high-impact measures to care for babies in their first two years of life. This is a key period to save lives and nations.”

In 2021, it will be 25 years since the publication of the famous report by Graça Machel The impact of war on children, which urged the international community to take concrete measures to protect the smallest from the scourge of war. In the last 16 years, the United Nations verified 266,000 cases of serious violations against minors in more than 30 conflict situations in Africa, Asia, the Middle East and Latin America. This is a very conservative estimate, since only the cases collected by the UN reporting and monitoring mechanism, established in 2005, are taken into account. The children who should be part of these statistics, experts say, are much more .