Her name is in the credits of many opera productions in London, Hamburg, New York or Shanghai and she runs a creative studio (“Lightmap”) working for film, interactive media and video. Director as well as scenographer and video artist, Netia Jones signs at the Opéra Garnier her first Parisian production, The Marriage of Figaro, since January 21st. 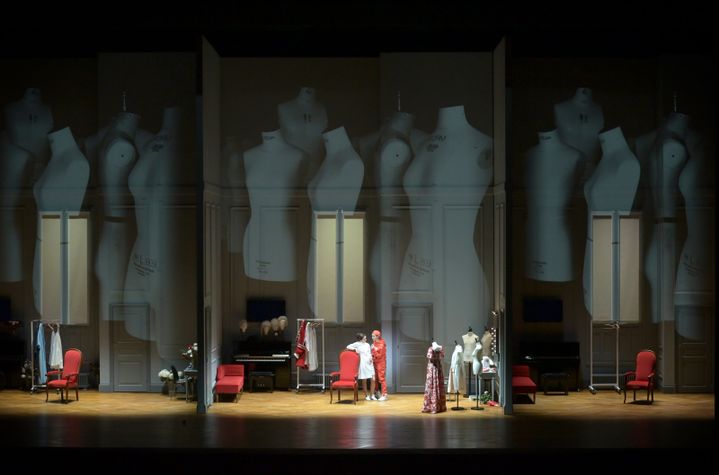 Anna El-Khashem (Susanna) and Lea Desandre (Cherubino) in “The Marriage of Figaro” by Mozart in a production by Netia Jones at the Opéra Garnier. (VINCENT PONTET) An opera by Mozart and Da Ponte, from which she draws the original subject, that of Beaumarchais and his Marriage of Figaro. A statement therefore much more French (and Parisian) than Italian which evokes the questions of yesterday (the 18th century of the Enlightenment) and of today linked to marriage, fidelity, but also to social relations, to power, to inequalities and casually… in place of women. On the visual side, Netia Jones takes us behind the scenes of an opera: welcome to the rehearsal rooms, make-up dressing rooms, costume workshops, where the intrigues of the Count and Countess of Almaviva, Figaro, Susanna…

Franceinfo Culture: With this production of the Marriage of Figaro, you take us to the opera behind the scenes… Why this very strong visual bias?
Netia Jones : We are really at the heart of the concept, the idea of ​​a theater within the theater, a mise en abyme. The opera was written after a well-known play by Beaumarchais which operates on three levels. There are the characters, the comedy, and then the provocation, which has to do with privilege and with gender – male and female. And when I came to the Palais Garnier, this building with a very rich history, it struck me. It was like a setting for the Marriage of Figaro. I thought to myself: what looks more like an 18th century palace than an opera house? 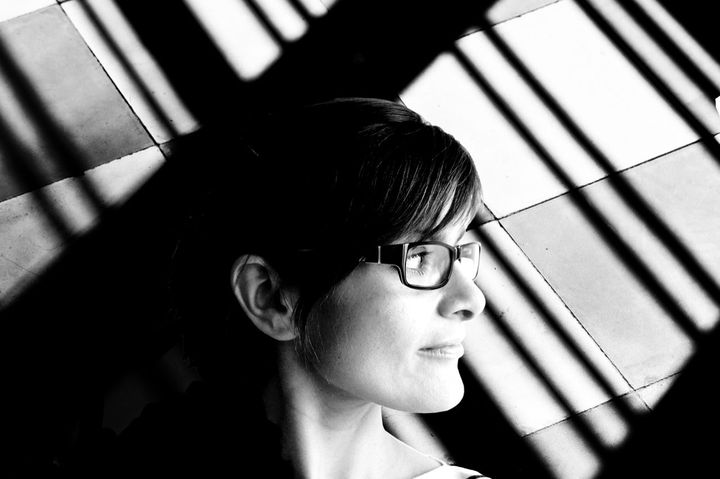 The opera – or more broadly the theater – is therefore this place where we find the structures of community life, with its patriarchal hierarchies, its intrigues, which are described in The Marriage of Figaro, right?
Yes, opera is almost a family! It’s where I’ve spent my whole life, so I know it very well. And it’s a truly masculine world, it’s a masculine bastion, you can’t say it otherwise, the numbers prove it. And there, we are on a piece (that of Beaumarchais, editor’s note) which has at its heart the idea of ​​the gap between men and women. Because it was a very important theme at that time, women’s voices are heard, like that of Olympe de Gouges, it is one of the major issues. And then Beaumarchais, Diderot and the other writers of the century really wanted to deal with a theme that would be a mirror of the spectators, that we are not talking about kings, gods or myths, very far removed from people’s lives. And Mozart’s Marriage of Figaro is everyday life, it’s someone we know and so this idea of ​​the mirror really struck me. The mirror of this world that I know really well is the story of my life.

The story of your life?
Because I work in opera, and opera is absolutely misogynistic! The art form as much as the industry. But it’s something that I like a lot nevertheless, it’s worth it. It’s been two or three years since I really started to explore this question. I really looked: where are the women? I came to Paris, I went through the Opera catalog for the current year, and there wasn’t a woman! Not a single director! So I looked to the previous year, not either. It struck me, if the men had been in this situation, we would have taken to the streets! It’s interesting.

In The Marriage of Figaro, the woman has an important role, and besides there are four female characters. But we are far from a feminist opera, the subject is more general, with the denunciation of social injustice.
Yes, that was him, Beaumarchais, who was against privileges. He listened to women’s voices, but he wasn’t a feminist, he wasn’t proto-feminism! He just had this idea that a man without privileges should fight as much as a woman should. So Figaro (who is a valet, editor’s note) and women, all women, are on the same level. Only the tale has no effort to make, it has everything from birth, everything is easy for it. And today it continues a little, in the idea that it is much easier to be a man.

In this new production of Les Noces, you are in charge of the staging, the sets, the costumes and the video, a way one can imagine, of marking a unity to the whole…
Yes, and it has always been exactly that. For me it’s the same thing, everything comes from the same place. It may sound pretentious, but the idea of ​​the German “Gesamtkunstwerk”, thus the total work of art, is really coherent. But also, I know how to do it. I have some skills, I worked a lot, hours and hours, my work is my life (laughs)! I work in a team, because it’s a team that creates a production, but the idea of ​​having a homogeneous idea is a bit like the original idea of ​​opera. The tradition of separating the different trades dates only from the 19th century. And then it’s a bit my brain too: I have a “short attention span” (a short time of concentration), and so yes, I really like the mix (laughs).

Precisely, between staging, sets and costumes, there is an element of your device that crosses your production almost like a common thread, it is the color red.
Red is the color of the Marriage of Figaro. It’s both red, Mozart’s favorite color and “Adidas red”, as I call it (laughs), a contemporary red, which you don’t find in the 18th, synthetic color, rather on scarlet and the crimson. These are the keys to the visual side. And red, because it’s really a theatrical color – from the seats of the spectators to the backstage elements – and a color that jumps out: it’s very useful on stage to play with the reds because it does something , yes, it creates a somewhat delusional effect. 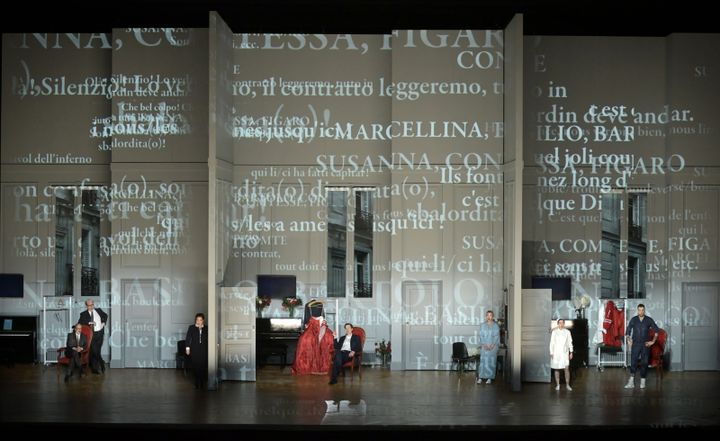 The set of Mozart’s “Wedding of Figaro” in a production by Netia Jones at the Opéra Garnier. (VINCENT PONTET)

What is the role of video? Throughout the opera, she seems to offer a possible alternative narration to that of the libretto.
That’s it 100%. For me it’s at the discretion of the viewers: if you want, you can get even more into the concept by following the video images. If you don’t want to, you leave them out. This is the most important: because everyone in the audience comes with a different idea and tastes, and you have to leave what I call a space for personal interpretation. If everything is too guided, we are lost. So yes, with this incredible tool that is video we can do a lot of things, it’s incredible. It can be musical, it can be aesthetic, you can add an idea, or bring something that is the opposite of what you see on stage, it can be a bit of a background, a guide to your own ideas… So for example, I played on the idea of ​​preparing for an opera by creating both the decor and showing, through video, the location of the decor. It’s the backstage idea…

Why highlight behind the scenes?
It touches on the idea of ​​hierarchy. I have the privilege of going everywhere in the opera, because I work in all the workshops, the costumes, the sets, the technical side with the stagehands… And there is always a crazy hierarchy in this house (laughs) . It’s something that I don’t really like. I see incredible skills, but these are names you never see, they are marked very small in the stage programs. Yet they are the ones who create the opera.