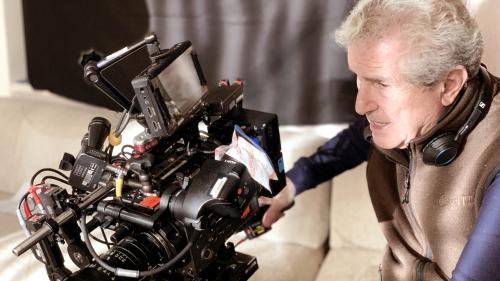 A hot topic for years, the media chronology in France has just been renovated, which will notably allow Canal+ and platforms like Netflix to broadcast films more quickly after their cinema release.

The agreement was concluded on Monday January 24 under the aegis of the Ministry of Culture by around twenty players including television channels, internet broadcasting platforms and even producers. It was highly anticipated, with the rules currently in place expiring in early February.

Main consequence for the public: the new releases will be available on Canal +, historical funder of French cinema, six months after their theatrical release, against eight so far. Next will come the subscription video services, depending on their contribution to the production: Netflix will be able to broadcast the films 15 months after their release, the other platforms, which have not signed the agreement, after 17 months. They pass in front of the free television channels, the latter still broadcasting the films 22 months after the theatrical release.

“Reaching an agreement was an impossible mission (…) but all the stakeholders realized that the quarrels had to be overcome given the difficulties”, rejoiced the minister, after the signing of the OK.

The media chronology aims to protect the cinemas, which have the first exclusivity of the films, but also the channels and broadcasters who finance the cinema. And, ultimately, to preserve the diversity of French production, one of its strengths.

The new agreement was sealed in pain after several years of arm wrestling, the television channels and Canal + trying to preserve their achievements, while the arrival of the platforms upset the situation.

Overall, the agreement is good news because more money should be injected into French film production, according to the National Federation of French Cinema (FNCF).

Canal +, which announced in December to join forces with the world of cinema, offering a “guaranteed investment of more than 600 million euros for the next three years”, retains its first place. “This modernized media chronology recognizes the unique position of Canal + in the film financing cycle”, welcomes the group in a press release, specifying that more than 400 films are broadcast in first exclusivity each year on its channels.

Above all, this new media chronology marks a new stage in the integration of the American online video giants into the French cinema ecosystem. In December, Netflix, Disney+, Amazon Prime Video and Apple TV officially joined the French system for financing audiovisual and film productions. They will have to pay 20% to 25% of their turnover in France for local production, an expected windfall of 250 to 300 million euros per year for films, series, and other tricolor fiction, starting this year.

Netflix, the only one of these giants to have signed, is a good student: “This agreement is a significant first step in modernizing the media chronology,” said a spokesperson with AFP.

“We believe that the new media chronology (…) does not establish a fair and proportionate framework between the various players in the audiovisual ecosystem”, regretted for its part the management of Disney. “This is all the more frustrating as we have increased our investments in the creation of original French content,” added the American company, which will have to follow the new rules, even without having signed them.

A sea serpent of successive culture ministers, the media chronology file could still bounce back: if Monday’s agreement is concluded for three years, a review clause has been set in one year, in order to draw up a first balance sheet. “We will be very vigilant about the balance of power between these major platforms and French players,” warned Thomas Valentin, vice-president of the M6 ​​group.