The crusade of the Fulton County prosecutor, in Georgia, to bring Donald Trump to court for his role in the 2020 elections, which the former president still claims without evidence that they were stolen from him, is bearing fruit. Fani T. Willis requested last week the convocation of a special grand jury to study the case. The Superior Court of the southern state, where Joe Biden won 306 electoral votes (compared to Trump’s 232), approved this request on Monday, which implies in practice tightening the siege on the tycoon. The US judicial system reserves that figure for the most complex cases. The process is expected to begin on May 2, and will not last more than a year.

Behind that decision is a phrase for history: “I need to find 11,780 votes,” Trump said in a phone call on January 2, when he was still president, to Republican Brad Raffensperger, then secretary of state and the highest electoral authority in Georgia. The hour-long recording of the conversation revealed The Washington Post in January 2021. In it, he is heard begging to find enough votes to alter the outcome of the elections in a territory that was key to his defeat. Also threaten your interlocutor that he may be committing a crime if he does not comply with his wishes. The Secretary of State responds to that request by defending the validity of the count that gave Biden an advantage of 11,779 votes. “The people of Georgia are angry, the people of the country are angry,” Trump says on the call. “And there’s nothing wrong with admitting, you know what I mean, that you recounted and that you were wrong.” To which Raffensperger replies: “Well, Mr. President, the problem is that the data you handle is incorrect.” 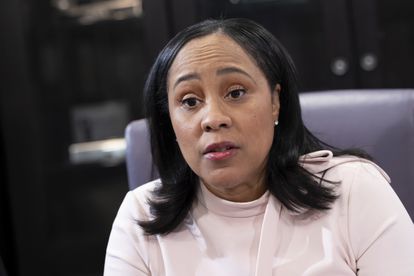 Despite such blatant interference, Willis, who got to work after learning the content of that conversation, is having a hard time gathering evidence for his case. In the letter in which he requested the constitution of the special grand jury, which was advanced by the local newspaper The Atlanta Journal Constitution, speaks of a “significant number of witnesses and possible witnesses [que] They have refused to cooperate with the investigation without a subpoena requiring their testimony.” “The special grand jury shall be authorized to investigate any and all facts relating directly or indirectly to the alleged violations of the laws of the State of Georgia. [tras las elecciones de 2020]”, has indicated in the document that agrees with the prosecutor Christopher S. Brasher, titular judge of the Superior Court of Fulton County, the most populous in Georgia, which includes the city of Atlanta. That judicial figure cannot issue accusations, but it can summon witnesses, present documents and investigate.

A Trump spokesman has called this move a “witch hunt.” It is not the only legal problem that the former president faces. There is also the investigation of a House of Representatives committee into the Capitol riots of January 6, 2021 and their alleged involvement in them. The New York prosecutor’s office, for its part, summoned his two eldest children, Ivanka Trump and Donald Trump Jr., in early January as part of an investigation into the tycoon’s business.

subscribe here to the newsletter of EL PAÍS América and receive all the key information on current affairs in the region.

More than 37,000 children eat from the Food Bank