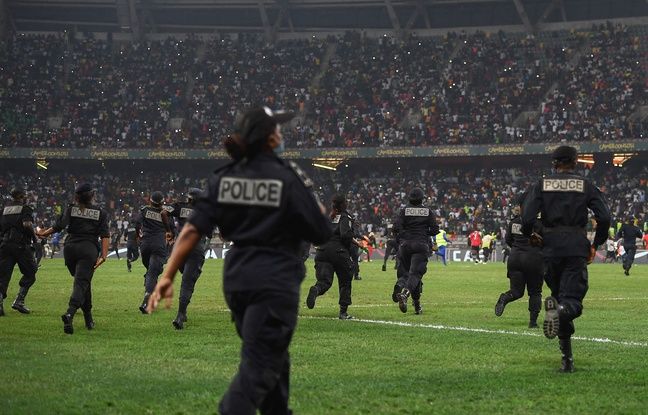 The celebration of African football is in mourning. A stampede left eight dead and around fifty injured on Monday evening in front of a stadium in Yaoundé, before an African Cup of Nations (CAN) match between Cameroon and the Comoros, according to the authorities.

“Eight deaths have been recorded”, including that of a child, the Ministry of Health said in a report. According to this document, the stampede occurred at the southern entrance of the Olembé stadium in the Cameroonian capital.

A baby in the scramble

The victims were “immediately transported” in ambulances but “heavy road traffic slowed the transport”, according to the report. A baby would also have been trampled by the crowd, still outside the stadium, at the time of the health pass check. The infant, “immediately extirpated and taken to Yaoundé General Hospital” is in “medically stable” condition, the ministry said.

According to the health authorities, around fifty people were injured, including two people with polytrauma and two others suffering from head trauma. The Confederation of African Football (CAF), which organizes the continent’s flagship competition, dispatched its secretary general “to the bedside of the victims admitted to hospitals in Yaoundé”. The Confederation “is currently investigating the situation in order to obtain more details on these incidents”. It will hold this Tuesday morning at 9:30 a.m. (same time in Paris) a “crisis meeting” with the CAN organizing committee, dedicated exclusively to security issues in the stadiums.

The Olembé stadium, with a capacity of 60,000 seats, was specially built for the CAN. To prevent the spread of the coronavirus, a 60% stadium filling gauge had been introduced, increased to 80% when the Indomitable Lions, players of the Cameroon national team, play. Monday’s tragedy took place ahead of the Africa Cup of Nations Round of 16 tie, in which Cameroon beat Comoros 2-1. A few minutes after the final whistle of the match, there was no trace of the stampede around the stadium.