A man kills his wife and commits suicide in Granada 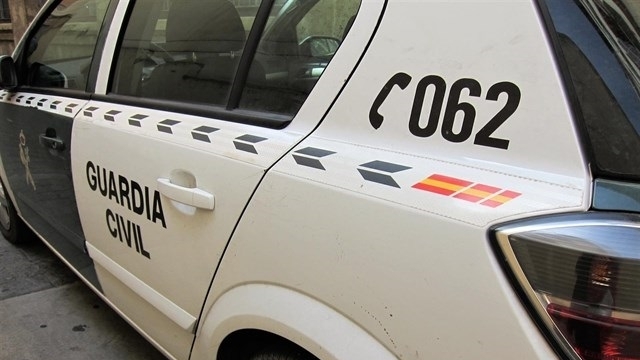 The Government Delegation against Gender Violence has confirmed that the crime committed in Fuentes de Cesna (Granada) where a man killed his wife in the bakery they ran and committed suicide is a sexist murder. The town of only 400 inhabitants is a district of Algarinejo, a municipality that is 80 kilometers from the capital. The agents came after the person in charge of cleaning the premises called the 112 Emergency service at 6:20 in the morning, which, in turn, alerted the Civil Guard that they had found the body of the person in charge of the bakery in the I usually. Sources close to the investigation explain that her death is due, in a first assessment, “to wounds compatible with a knife”, that is, everything indicates that the woman was stabbed. The Government delegate in Andalusia, Pedro Fernández, has confirmed that the murdered woman’s name was Mónica, and she was 50 years old.

The alleged murder took place on the ground floor of the building, where the bakery is located. When the agents went through the rest of the house, they found, on the upper floor, where the couple lived, a dead man, whose name is Antonio, 48 years old. The same sources assure that this death was caused by shotgun blasts to the head. At that time, as confirmed by the sub-delegate of the Government in Granada, Inmaculada López Calahorro, the agents were investigating the events under the hypothesis that it was a case of gender violence. Something that has been confirmed. López Calahorro has confirmed that the couple had two children aged 20 and 27, one of them a student, who were in Granada at the time of the murder.

Both the sub-delegate of the Government and Jorge Sánchez, mayor of Algarinejo, have confirmed that there were no previous complaints of gender-based violence nor did the man have a record in this regard. She is the second woman murdered by sexist violence in 2022, number 1,128 since 2003 and number 39 in Andalusia.

The 016 serves all victims of sexist violence 24 hours a day and in 52 different languages, as well as the email [email protected]aldad.gob.es. Attention is also provided through WhatsApp through the number 600 000 016, and minors can contact the ANAR Foundation telephone number 900 20 20 10.