Spain resists Vox’s anti-immigration discourse, but for how long? 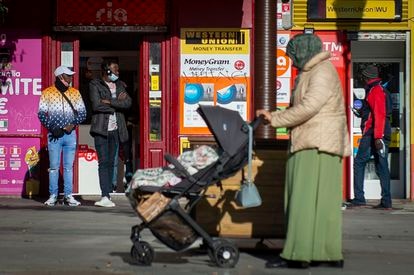 A street in the Madrid neighborhood of Lavapiés (Madrid), last Friday. JUAN BARBOSA

Sociologists have been mulling over the same issue for a few years. Spain, which has one of the highest percentages of foreigners in its environment, has always been considered an exception due to its more positive attitudes towards immigration, but is it still that? Even when? The experts are not yet clear about their answer and they do not always agree. Joaquín Arango, perhaps the most renowned Spanish academic in the study of the migratory phenomenon, and Sebastian Rinken, a sociologist who has been researching migrations to Spain for two decades, have had a recurring conversation over the last few years. Arango continues to be convinced of the greater openness of Spaniards to outsiders, he sees a society that is more resistant to hate speech that is rampant in other European countries. But Rinken, less optimistic, has long warned him: “The wolf is coming.” They are both right.

The wolf is Vox with an unprecedented anti-immigration speech in Spain. Last October 20, for example, Santiago Abascal touched all the keys of fear in Congress and unfolded a range of hoaxes and prejudices —without data, without support— unthinkable a few years ago. The leader of the extreme right described a Spain terrified by foreigners. Defenseless policemen, help that does not reach the Spanish, parents receiving in their homes stabbed sons and daughters raped by gangs of foreign minors. In short, a government turned into a “Pied Piper of Hamelin” that imports jihadists, criminals and generates insecurity. The rise of Vox, all the experts consulted agree, was not due to immigration, but has the perception of Spaniards about foreigners changed since the party’s irruption in the institutions in 2018?

Spain, with 5.3 million registered foreigners, has been a case study in Europe, an exception. The growth of its immigration, parallel to the economic boom, was later, but much faster and more intense than that of its neighbors, without this translating into a rejection of the local population. Between 2000 and 2009 the country received half a million foreigners per year, and in a flash the immigrant population went from 4% to 14% (today it is 11.4%, 6.3% of them are non-EU). There were no studies or surveys that identified a worrying malaise of the Spaniards in the face of coexistence with outsiders. “Spain is considered an unusual case in Europe because the country has maintained an openness towards immigration, even after the generalized negative impact of the Great Recession,” it says. a recent study by the Overseas Development Institute, a British think tank. There were some incidents, such as when in 2000 the residents of El Ejido rose up against the Moroccans with iron bars, but the experts insist that they were punctual.

In addition, unlike other countries around it, Spain did not have a far-right party that incited anti-immigration discourse and there was a kind of tacit agreement between the parties not to use this issue for political gain. The general tone that the polls have captured during the last 20 years has been that of greater acceptance compared to the European average.

The distance that separated Spain from the rest of the EU partners, however, is closing, but for now the polls do not reflect a significant impact of Vox on public opinion on immigration. At least in the whole population.

The Spanish, judging by the polls, are still not too concerned about immigration. 7% of those interviewed see it as one of the two main problems facing the country, according to the latest Eurobarometer from last spring. It is one of the lowest percentages in the EU, whose average is 10%, and is far from the 23% of Cyprus or the 16% of Belgium. Spaniards are more concerned about unemployment, the economic situation, health, inflation and even public debt. The perception only changes when the perspective stops being national and asks about the main challenges at European level. In this situation, and in line with the European average, one in four Spaniards does place immigration among the three main challenges of the Union.

The CIS reveals a similar trend. Except for the summer of 2006, when the so-called crisis of the cayucos took over all the news day and night, immigration has not been a relevant concern among Spaniards. And it still isn’t. After that peak, 16 years ago, the survey in which more than 4% of Spaniards marked immigration as their main concern has been rare. The specific peaks —which do not exceed 16% of those surveyed— coincide with periods in which the entry of small boats has increased, a small portion of the migratory reality in Spain but with wide media coverage.

Joaquín Arango sees a “very strong association” between the presence of immigration in the media and concern about the issue. “Most of our fellow citizens think that immigration is Ceuta and Melilla, Arguineguín and Algeciras and Motril, but nobody cares about those who enter through Barajas, which are many more, or those who come by road from Romania. Our attitudes respond to the media presence and the type of media presence”, maintains the sociologist. Carmen González Enríquez, a researcher at the Elcano Royal Institute, adds a warning: “That immigration is not one of the main concerns of the Spanish does not mean that negative attitudes towards immigration are not increasing, especially in some sectors of the population. ”.

What the polls are beginning to show is the polarization of the issue. Sociologist Sebastian Rinken published a study last year that, although it confirms that the rejection of immigrants in Spain continues to be clearly a minority, attitudes towards foreigners depend more and more on ideology. The declared proportions of anti-immigrant antipathy are limited to 5% among respondents with left-wing ideology, compared to 27% among people with center or right-wing ideology. The Moroccans are on target. Putting these data into perspective, however, it can be seen that other groups cause much more rejection: 38% of those surveyed show antipathy towards alcoholics, and 75% towards politicians.

The study mentions Vox as one of the hypotheses to explain this trend. “The institutional presence of a party with anti-immigrant rhetoric would be encouraging people with right-wing ideology, especially those with a very right-wing ideology, to express increasingly unfavorable positions,” the document defends. The presence of Vox, at the same time, would be inducing people with left-wing ideologies to declare increasingly favorable positions on migration matters. “The domino effect that has been seen in other countries where immigration has become a toxic issue in public debate, has not happened here,” Rinken maintains. “Now, that there is a not insignificant minority that prefers that Spain be a country free of immigrants, yes, but this happened before Vox. The difference is that now Vox can be a loudspeaker and a catalyst”.

González, from the Elcano Royal Institute, who has investigated with Rinken the effect of the extreme right in this matter, maintains: “There is no doubt that the discourse of political parties influences how the population conceives the society in which they live. Vox’s speech has had an impact on opinions about immigration, but there are other factors: let’s not forget that we are in a new economic crisis and that when unemployment increases it usually translates into an increase in anti-immigration positions. For González, Spain resists hate speech, but the distance that separated it from most European countries is shortening.

The daily work of Karoline Fernández, director of the Spanish Observatory of Racism and Xenophobia, is reducing the optimism in her analyses. Every two months it publishes a balance of hate speech on social networks and there are several, depending on the news, that are disturbing. In May and June of last year, which reflected the effect of the elections to the Community of Madrid and the massive entry of people into Ceuta, hate speech on networks against immigrants grew by 28.5%. After immigrants in general, foreign minors, Vox’s favorite target, concentrated almost a third of the attacks. “Now it is more socially accepted to adopt racist speeches,” he says. Fernández points to the extreme right, but also to the successive crises. “Structural measures are needed. A society that does not cover its minimum needs, such as employment or housing, cannot be required to be hospitable,” he warns. For Fernández, Spain is no longer an exception. “It is not an issue that we can forget about because we will have problems with the following generations.”

The Secretary of State for Migration, Jesús Perea, maintains that Spain is not free from the threat of xenophobic discourse. “Our response, somewhat more empathetic, is conditioned by some factors such as the memory of the Spain that had to emigrate, but that cannot lead to complacency.” Perea points out the challenge of internalizing “naturally” that Spain needs immigrants and that of “avoiding failed models” that harm the youngest. “It is crucial that there are no tolls that generate frustration in the second generations; that the social elevator operates without limitations for them”.

The Overseas Development Institute study also slips some concern into its conclusions: “With the recent electoral successes of Vox, the landscape is changing. How public and political narratives evolve in this new context will likely determine whether there is a significant backlash against immigrants in Spain in the future.”