Creuse: an investigation opened after the call of a farmers’ union to “kill the wolf without saying anything” 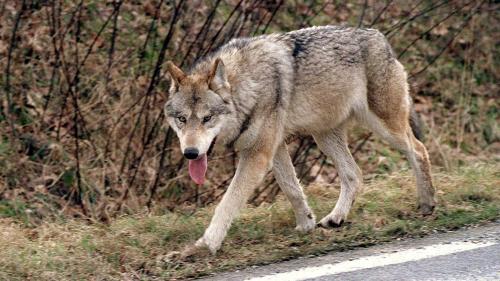 The Secretary of State for Biodiversity, Bérangère Abba, announced on Sunday January 22 on Twitter, the opening of an investigation after a farmers’ union called on breeders to slaughter wolves in the Creuse. Several sheep attacks took place at the end of December in this department, near the town of Féniers, according to France 3 New Aquitaine. The French biodiversity office has confirmed that one or more wolves were probably the cause of this predation.

Faced with this situation, the Creuse prefecture issued an order authorizing scaring shots. They can only be practiced by five wolf hunters and are not intended to kill the animal, this species being protected. But the measure is considered insufficient by the breeders. “This decree is ridiculously exemplary. (…) The profession asks to be entitled to defensive shots”, reacted the president of the FDSEA of Creuse, contacted by France 3 Nouvelle-Aquitaine.

Another union went even further. Florian Tournade, president of the Rural Coordination of Creuse, told France 3 on Saturday: “For us the solution is poison and lead. We invite farmers to take their shotgun and kill the wolf without say nothing. We must do this discreetly to make the corpses disappear. The rural coordination will reimburse the lead and the bag of lime.”

Questioned on Twitter, the Secretary of State for Biodiversity judged “surreal” that a “union representative advocates the use of weapons and the concealment of evidence to overcome the rules of law”. “Killing or calling to kill a protected species is illegal,” Bérangère Abba recalled on Sunday, announcing the opening of an investigation.

For her part, the Minister for the Ecological Transition, Barbara Pompili, announced that “the services of the ministry (had) taken up the file”. As France 3 Nouvelle-Aquitaine reminds us, wolf poaching is an offense punishable by three years in prison and a fine of 150,000 euros. Incitement to commit this offense is also liable to prosecution.