Australian Open: Medvedev jostled but qualified in the quarters, Auger-Aliassime continues his journey … What to remember from the matches of the day in the men’s table

Finalist last year, Daniil Medvedev continues his path to a first crown at the Australian Open. Monday, January 24, the Russian eliminated the American Maxime Cressy in the round of 16. He will be opposed in the quarter-finals to Félix Auger-Aliassime, present for the first time at this level in Melbourne.

Medvedev gets rid of Cressy

Maxime Cressy is one of the men in form at the start of the season, notably with his first final on the main circuit during the ATP 250 in Melbourne (defeat against Rafael Nadal). Daniil Medvedev was jostled by the service and volley game of the American-French but the world number two still won in four sets: 6-2, 7-6, 6-7 and 7-5 in 2h53 of play.

The Russian was dominant on his serve, offering a single break point to his opponent, ultimately not converted. Conversely, Medvedev got a dozen break points for only three successful. Evidence of a meeting between large servers. Finalist in Melbourne last season against Novak Djokovic, he is still on his way to a second Major (after the US Open 2021). He will meet Félix Auger-Aliassime in the quarter-finals. 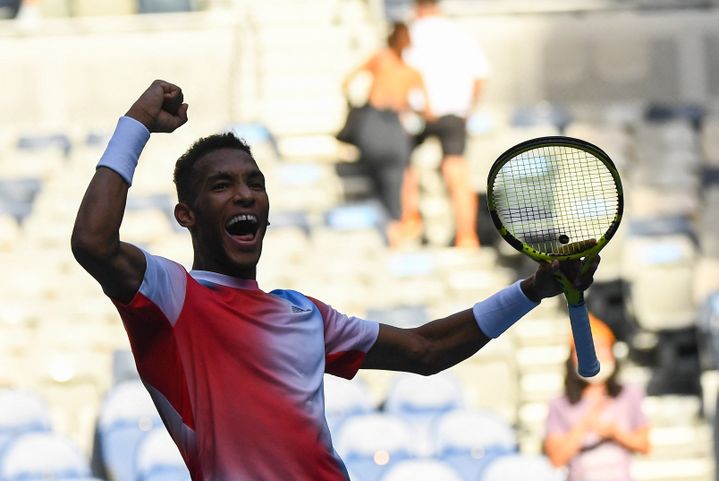 Félix Auger-Aliassime after his victory against Marin Cilic in the round of 16 of the Australian Open, Monday January 24. (WILLIAM WEST / AFP)

Félix Auger-Aliassime continues his 2021 momentum. After Wimbledon and the US Open, here he is again in the quarter-finals of a Grand Slam for the third consecutive time. To qualify, the Canadian defeated Marin Cilic, finalist in Melbourne in 2018 (defeat against Roger Federer), in four sets: 2-6, 7-6, 6-2, 7-6 in 3h39.

“I had lost three times against Marin, it’s the first time I’ve beaten him. He’s a champion and I told him at the end! So winning, and in this way, makes me really happy”, relished the world number nine. Imperial behind his service with no break conceded and 86% behind his first ball, Auger-Aliassime (21) will play for the first time in the quarter-finals at the Australian Open for his third participation. He will have a hard time facing favorite Daniil Medvedev.