The silent man: new installment of the chronicles of Emmanuel Carrère since the trial for the Paris attacks 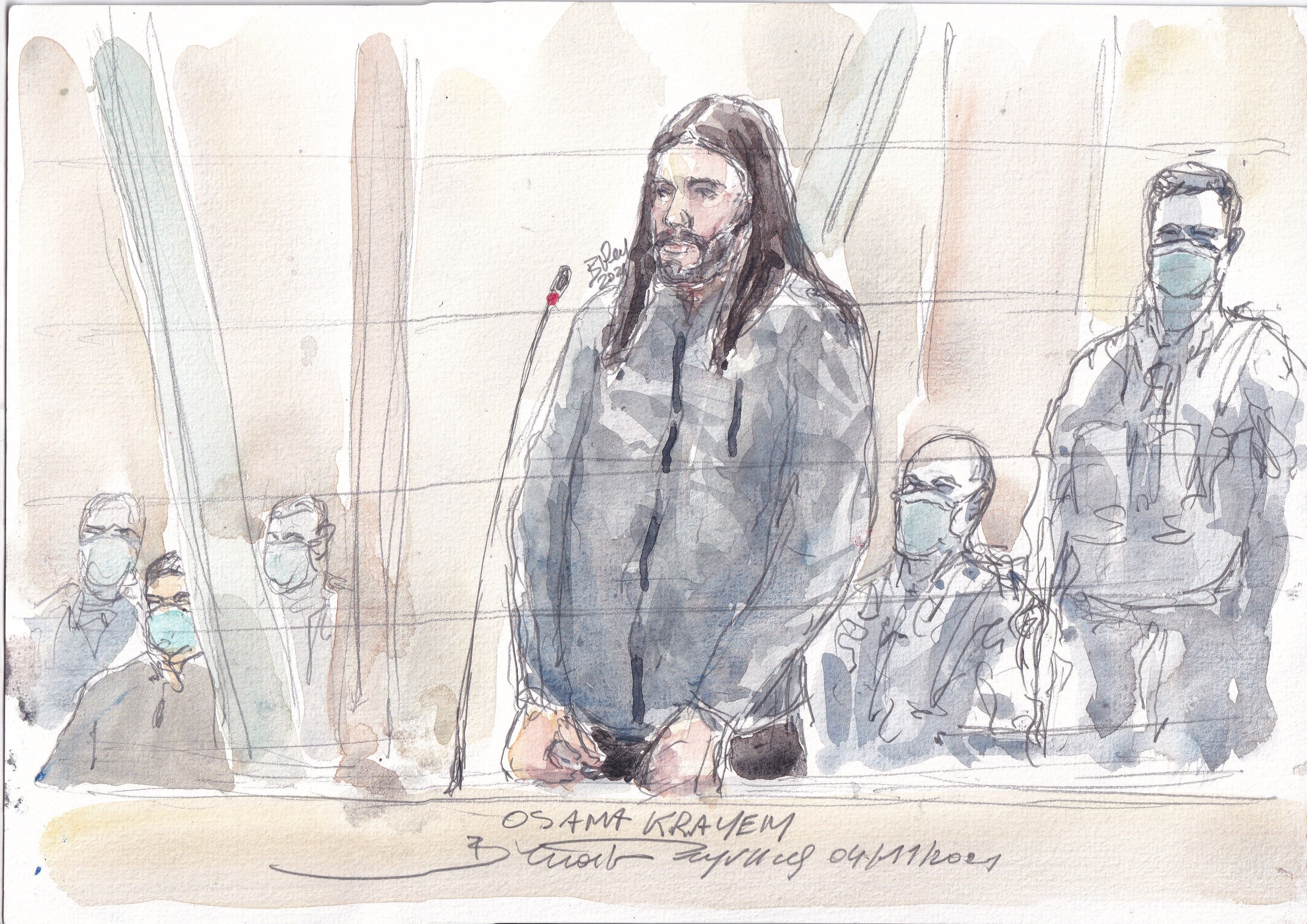 Towards the end of the hearing, a lawyer for the civil party got up and theatrically addressed the defendant: “Mr. Krayem, could you tell us if you are refusing to speak for personal reasons or because you do not recognize this jurisdiction?” The question is surprising if one takes into account that Osama Krayem, the week before, asked his lawyer to read a letter in which he explains very clearly: “No one is here to try to understand and I don’t think I can express myself about what is being said to me.” reproach does not change the court’s decision at all. I have made the decision to remain silent until the end of the debates.” Thus, his interrogation has consisted of a series of questions formulated, in the usual order, by the president and his deputy judges, the prosecutor, the lawyers for the civil parties and, finally, the defense. They were long and meticulous questions, based on levels of the summary, at the end of which they looked at the accused, for mere formality and in case he had changed his mind. But no, he remained impassive and mute, staring into space without blinking. One wonders which of these two breakout strategies is more effective: refusing to appear or appearing and refusing to speak. The second, as I see it, is that there is something profoundly unsettling about a silent physical presence. You shake in front of a wall.

With fine features, long, straight black hair, parted in the middle, and an abundant beard under the mask, Osama Krayem is a 30-year-old Swedish national, raised in Malmoe by a Syrian, Lebanese family. or Palestinian —it is not clear, but in him nothing is—, and that when he came out of an adolescence dedicated to soccer, he began to practice his religion assiduously. This is not why he accepts the word “radicalization”: “In religion”, he said, in the days when he spoke, “you take everything or leave everything. If the Qur’an says something is fair, then it is fair, even if the rest of humanity says otherwise.”

In August 2014 he traveled to Syria for “humanitarian work”, as evidenced by his presence among 15 bearded men in fatigues who attend the execution of a Jordanian fighter pilot burned alive in a cage, the most atrocious of the atrocious videos of the ISIS. In the spring of 2015, he meets Abou Mohammed al Adnani, head of the caliphate’s foreign operations, from whom he learns, according to a letter to his sister, “amazing things”, and intends to “perform the best act that most satisfies To the”. In other words, a suicide operation, by virtue of which he leaves Syria in mid-September 2015. Armed with a false Syrian passport, he enters Europe through Greece in the company of Sofiane Ayari and Ahmad Alkhald. The three are in Vienna, where Salah Abdeslam is going to pick them up on October 3 to transport them to Belgium. To tell the truth, Krayem is only indirectly involved in the Paris attacks. He reserved the one for the Brussels metro, on March 22, 2016, but, like Salah Abdeslam, he gave up at the last minute from activating the bomb he was carrying in his backpack, and it is unlikely that he will explain to us why.

As his brother and sister did not respond to the calls, Osama Krayem’s defense found only one witness to testify in his favor: a retired Belgian teacher, a volunteer prison visitor, who taught him French for four years. One hundred and seventy-five one-and-a-half-hour lessons—that is, 260 face-to-face hours, he has calculated—that give him some authority to talk about his student. What does this man who wears a gray parka and is a little gray himself, but gentle and precise, say? Who started studying the Tintin album, broken ear (in which General Alcázar appears) and continued with The little Prince.

That Krayem seemed thoughtful, level-headed, eager to be seen as a reliable, honest boy, respectful of his word. A student of good will with whom a bond of appreciation and trust was established over the years. To quote a prison warden: “Regardless of the horrible things he has done, Mr. Krayem is a very humane person.” The expression has provoked a wave of disapproval. Isn’t the humanity of someone who has been part of the cruelest brigade of the Islamic State and participated in deadly attacks the same as that of the commander of Auschwitz who was also a loving father and a caring husband? “Perhaps,” said the professor with unwavering softness. “I do not minimize the seriousness of his acts, I speak only of the man I have been with for four years. maybe not a guy chic, but he is a decent and humane man. If we want to live in a democracy, there have to be people who speak up for the accused in court.” There has to be, yes. But another lawyer has read this passage from a letter from Krayem to his brother: “The infidels are our enemies. Hate them with all your might, but don’t denote it.” The traits of decency and humanity highlighted by this professor imbued with candid probity and clad in gray Gore-tex, weren’t they pure and simple takiya?

At the end of August 2016, I spent a stay on the little Greek island of Leros. To the intense discontent of its inhabitants, it had become a hotspot that welcomed and classified immigrants, mainly Syrians, fleeing the bloodthirsty regime of Bashar al-Assad. Thanks to a writing workshop, I got to know five of these very young immigrants quite well, and I wrote down as best I could the harrowing accounts they made of their odyssey. Exhausting walks, hunger and thirst, greedy and sometimes treacherous passersby, crossing from Izmir to Leros aboard an overloaded zodiac, half deflated, with the consequent danger of drowning. I was impressed with these guys by their courage, their maturity. I made a portrait of one of them in my book Yoga.

I did not know the word then takiya, that we use all of us who follow the trial as if we had known it all our lives. The takiya it is the pretense that the believer practices when he does not have the freedom to live his religion in the light of day. This is how Muslims and Marrano Jews did it in fifteenth-century Catholic Spain. Today’s jihadists, who move like submarines in a society they aspire to destroy, have turned this pretense into a second skin: to deceive infidels, you have to mix with them, appear to be friendly Muslims, willing to pray without bother anyone, respecting the republican pact. The takiya is a powerful motor of paranoia that disrupts the nights of judges and anti-terrorist police: isn’t looking harmless, or sincerely repentant, proof that you are monstrously dangerous?

I couldn’t help but think so when I listened to another witness, an immigrant currently based in France who rubbed shoulders with Osama Krayem and his two traveling companions, Ayari and Alkhald, during their trip to Europe. With the names of Ahmed, Naïm and Mounir, they also arrived in Leros in a zodiac, spent a few days there waiting to be registered and continued their journey to Vienna. Nothing distinguished them from the boys I had met there exactly a year before. Perhaps they were just as charming and their stories just as compelling. They also came from Syria and declared themselves expelled by Bachar al-Assad when in reality ISIS was teleguiding them to sow fire and terror in the heart of Europe. If they had participated in my writing workshop, would I have mistrusted them? Wouldn’t he have written, about Osama Krayem, pages full of confidence and compassion?

Moscow again brandishes the nuclear threat: we explain the Russian chain of command