Tens of thousands of demonstrators at corona demonstration in Brussels, police use tear gas 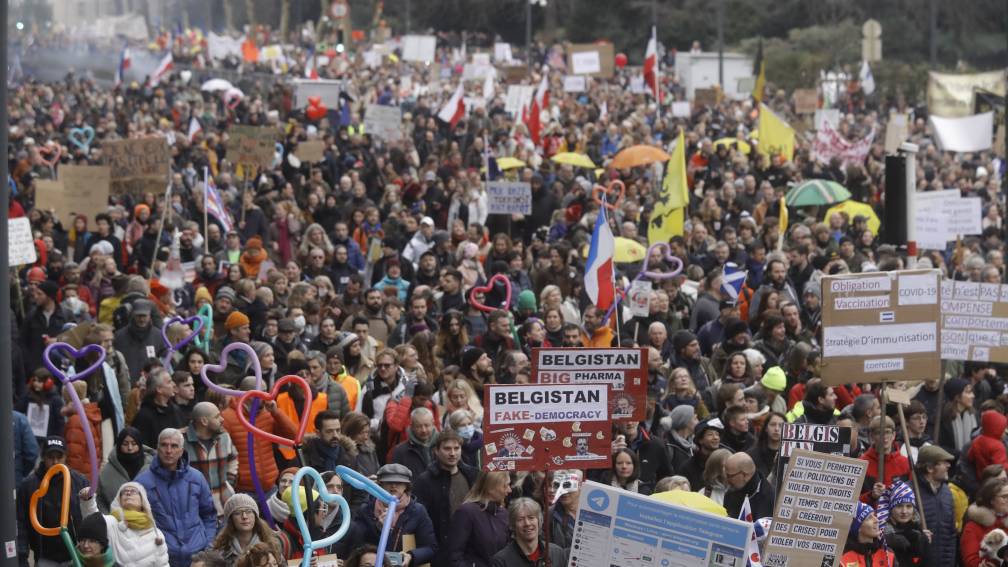 In Brussels, “several tens of thousands” of protesters have taken to the streets to demonstrate against the corona policy. The final count will follow later, a police spokesperson told Flemish media.

According to the Flemish broadcaster GARDEN the atmosphere at the demonstration has changed. “Some protesters throw projectiles at the police,” the site writes. Police used tear gas and water cannons. news site HLN says at least one injured person has been taken away.

The VRT also writes that “remarkably many” foreigners come to the demonstration, including people from the Netherlands, Germany and France. Railway company NMBS deployed extra staff.

“We are not against the corona measures per se,” says the chairman of Europeans United, one of the initiators of the demonstration. “We are mainly against the undemocratic way in which they are created.”

Demonstrations in Brussels got out of hand earlier. Last month, police clashed with protesters.

The police intervene in the demonstration: